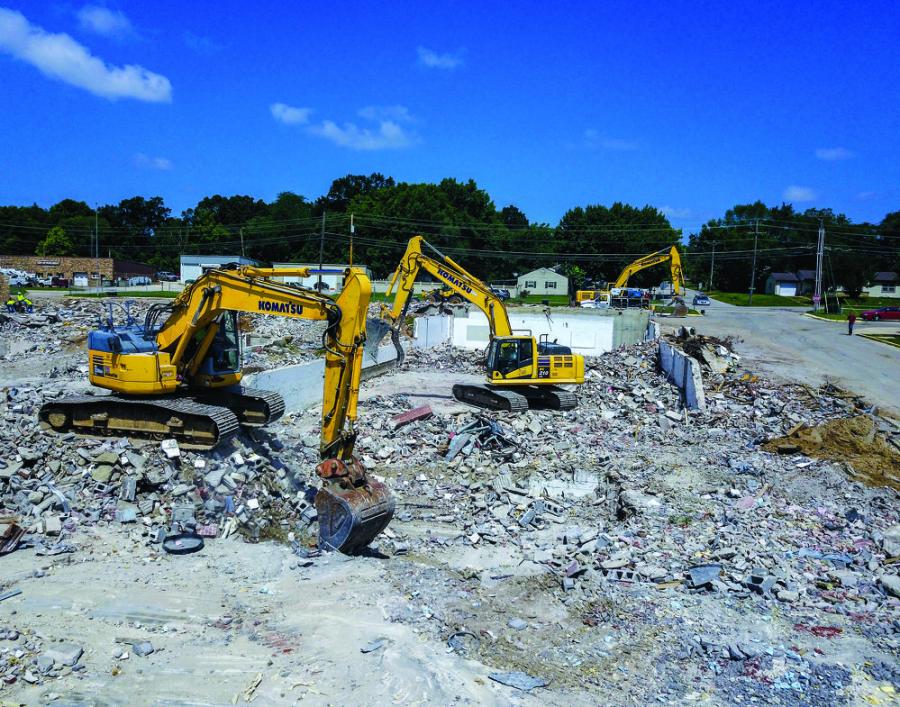 When Bud York graduated in 1978 he had a plan. He married his high school sweetheart, Susie, and the two started a foundation business, the aptly named Susie's Construction. It's a plan that has evolved through four decades, but it has worked.

"We started with residential concrete foundations, but we got tired of waiting for people to do our digging," said York. "We got some skid steers and backhoes and began handling it ourselves. We had to keep our new equipment busy, so we started to install utilities."

The Dixon, Mo.-based business shifted away from concrete and eventually changed its name to Ozark Mountain Excavation in 2010. With 15 employees — including York's son, Newt, who is a foreman and co-owner — the company completes small commercial site work, utility installation and demolition projects in and around Dixon.

"We learned a lot as we went; I guess you could say we studied at the school of hard knocks," said York. "We've been lucky to be able to grow and build some solid relationships with larger contractors, which allows us to work in a small area."

The years of experience have led to increasingly complex and visible projects. That was the case this summer as Ozark Mountain worked on its largest assignment to date, a 100,000-sq.-ft. demolition for the Waynesville R-VI School District.

"It was different from a typical demo because we tore down part of the existing two-story building while keeping the gym that it was attached to intact," explained York. "We couldn't just go in machines blazing, we needed a clear strategy for the job." 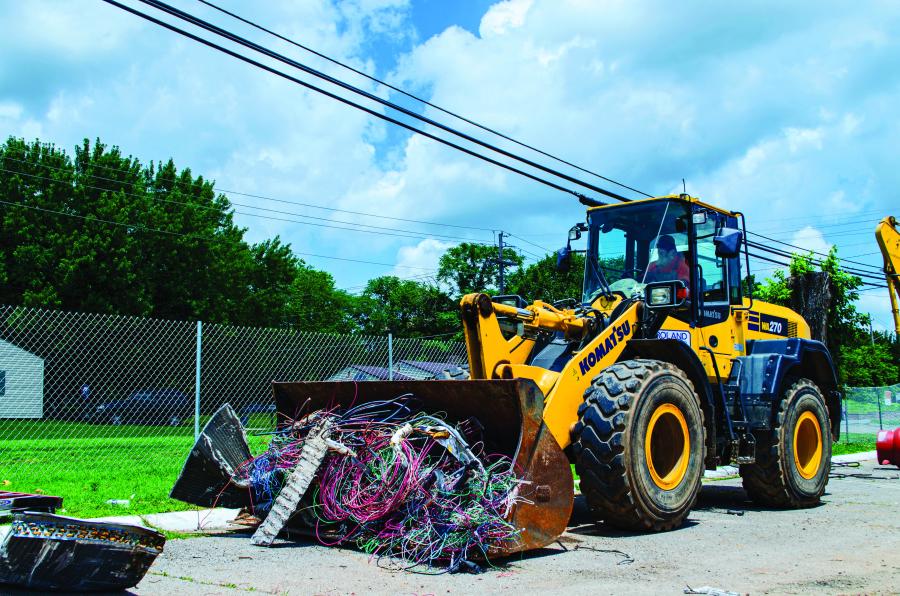 That plan included saw-cutting the roof, floor and crawl space of the existing building that was attached to the gym. York and his crew then used three excavators to simultaneously tear down the wall. After that, any debris that remained attached was removed by hand.

"This was a big challenge since everything was connected," said York. "We took our time and were very careful. We didn't want to pay for a new gym."

Once the building was down, Ozark Mountain took on the challenge of clearing the area and performing site development for the new building.

"Part of the structure was two stories, so that meant more to remove," said York. "A lot of the material was shipped to another site for clean fill, and the metal went to St. Louis for recycling. Other than some of the roofing, none of it went to a landfill.

Most equipment owners have a process for building their fleet. York's is simple, he calls Roland Machinery Territory Manager Jerry Hess. 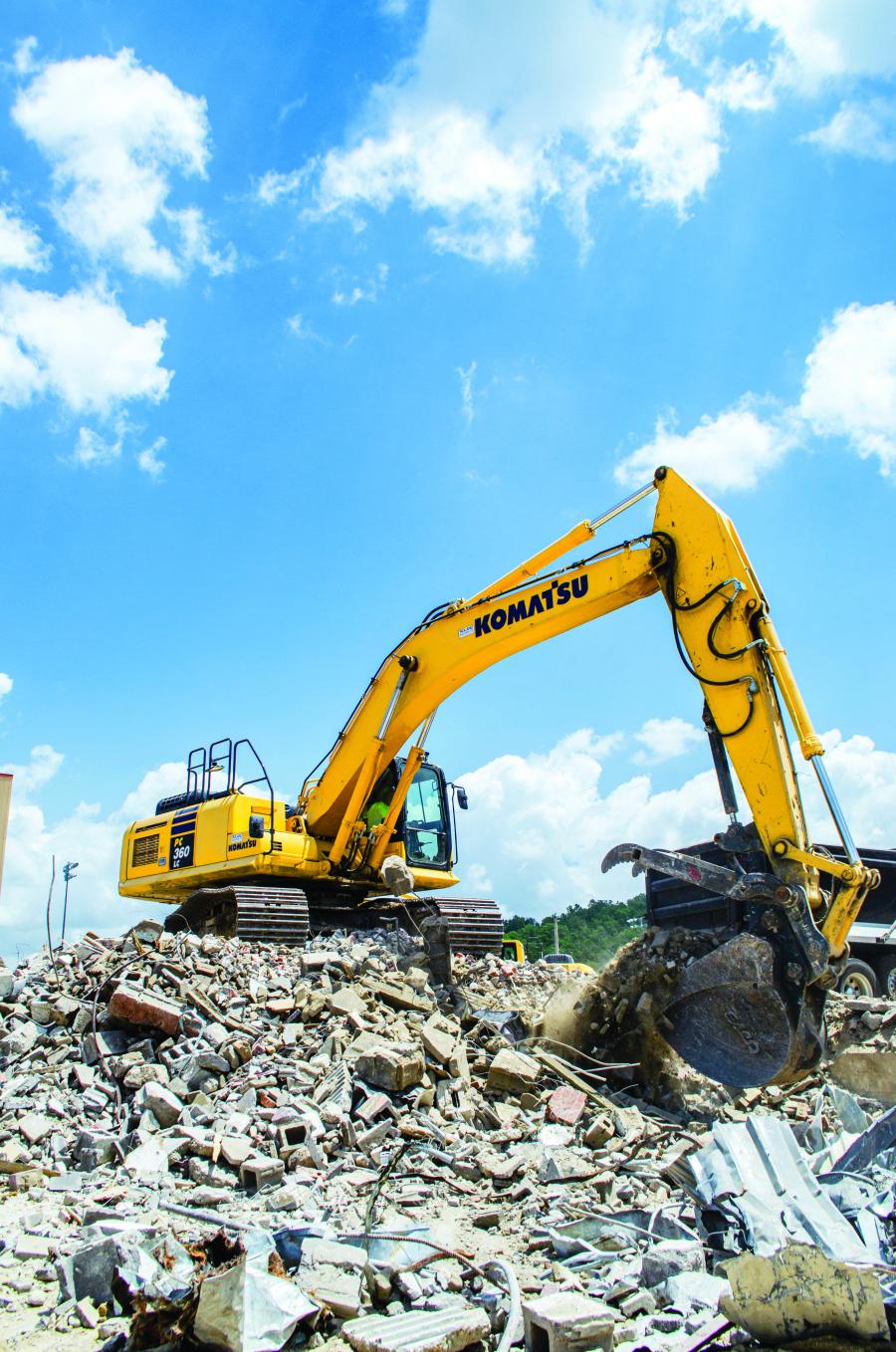 "Jerry and Roland are great to work with and are always good with service," he said. "Since I bought my first piece of equipment from Jerry, it's been a great relationship."

Headlining the Ozark Mountain fleet are a number of Komatsu excavators, including a PC228USLC, a PC210LC and a PC360LC, in addition to a WA270 wheel loader.

"We've purchased only Komatsu excavators for years," said York. "We're all Komatsu when it comes to excavators."

The mainline machine for Ozark Mountain is the PC228USLC tight-tail-swing excavator. York said that the compact design allows it to fit into many confined areas while still delivering the power necessary to complete jobs.

In addition to reliable service from Roland, the durability of Komatsu equipment is a key factor in York's loyalty to Komatsu.

"We work in some dirty and rugged applications, and the Komatsus hold up," he said. "We fill the fuel tank, change the fluids and oil and they keep on running. We know what we can expect."

York has a lot of plans for his future, they just don't include his involvement with Ozark Mountain Excavation.

"I want to retire," he laughed. "That's my future. I'm ready to let Newt take the reins. He's been in equipment since he could crawl; he's ready."

Fortunately, Newt is up for the task and looks forward to continuing the family legacy.

"We've got a good thing here, and I'm excited for the chance to take over," he said. "I don't envision changes. Everyone wants to expand, but I like where we're at and what we do. I just want to focus on getting better at that and see what opportunities come our way."

This article originally appeared in the Roland Industry Scoop Magazine which is produced by Construction Publications, Inc.