Gwenmor Marine Contracting, located at the mouth of the Mystic River in Mystic, Conn., is a fourth-generation, family-owned marina and marine contracting business. 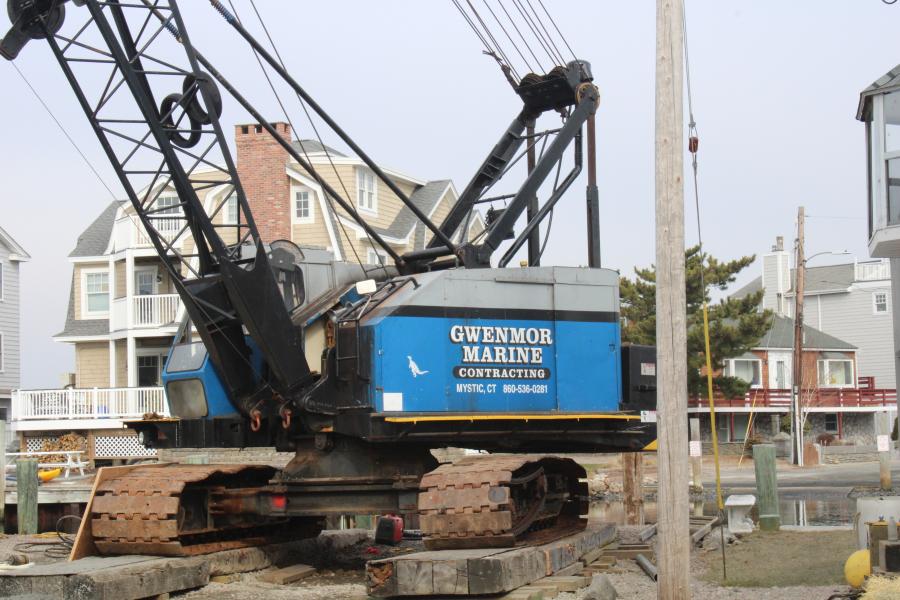 The company was founded in 1946 by Emmet Murphy's great-grandfather with "a small handmade barge."

Murphy's grandfather "Sandy" McGugan, only just recently passed away, and each generation after him has continued to grow the business. Presently, Emmet works alongside his uncles Keith and Christian McGugan, who have built Gwenmor Marine Contracting into a substantial firm serving coastal Connecticut from the Connecticut River to Rhode Island, and a little bit of New York.

The company tackles a large variety of marine construction projects from driving new pilings and shoring up older docks to building commercial wharfs. It performs both commercial and residential work, constructing both bridges and floating docks, and building seawalls and bulkheads. It also designs and engineers boat lifts of all sizes as well as pier and wharf construction. When a storm or an accident strikes, Gwenmor Marine Contracting is the company that is often called for boat recovery and salvage.

Currently, the company is working on a dredging project at Groton Long Point, a seaside residential community consisting largely of vacation homes, many of which have waterside docks giving them direct access to the Connecticut seacoast, near Groton.

Gwenmor Marine Contracting has been retained to deepen and widen the channel that is used for boating access by two or three feet. It is a private project, funded by the homeowners of the community.

To execute the project, Gwenmor Marine Contracting has placed a Sennebogen 835R-HD E-Series material handler on a barge with a clamshell bucket, which is loading sand from the bottom of the channel to a barge which is tied up adjacent to it. The barge and material handler are on rent from Mohawk Northeast.

Once the barge is filled to capacity, it is brought ashore, where it is unloaded by an American 5299 crane that dates back to the late 1960s. The crane then loads the very heavy and wet sand into a Volvo A30G 30-ton articulated haul truck. The sand (approximately 4,100 yards) is then hauled to a nearby beach area, where it is being reclaimed for beach nourishment. 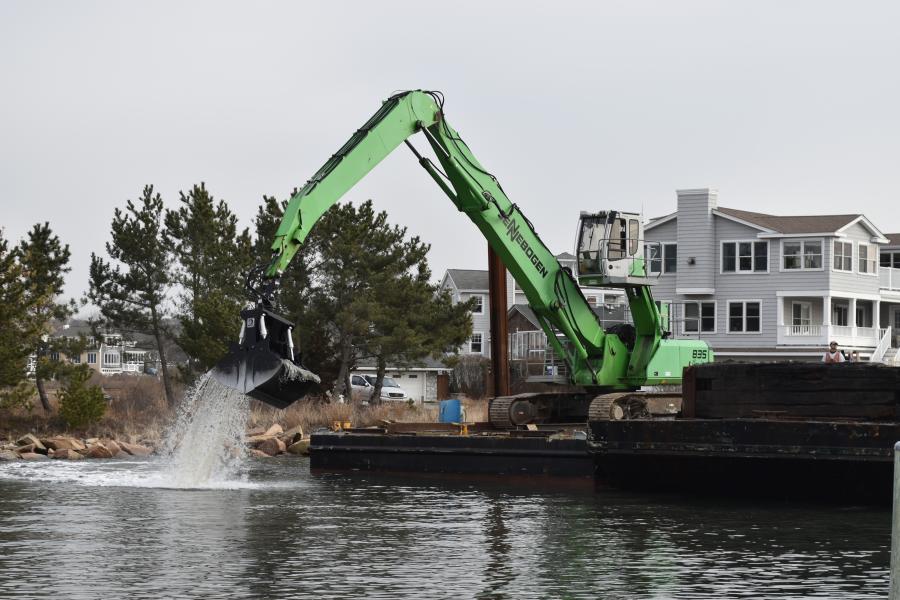 This may sound like a pretty routine project for a marine contractor, and on the surface, it is. However, in this case, it is a whole new experience for Murphy and Gwenmor Marine Contracting. Typically, with any other dredging project, they would be using a crane to execute the actual dredging work. This is the first time they have used a hydraulic material handler.

"It's not that we would not have tried this before, but this is the first time that a Sennebogen material handler was available to us and that we were able to procure from Tyler Equipment the right type of clamshell bucket needed for this type of dredging," Murphy said.

"This has been a very good experience for us. The cycle time of picking up a load of sand from the bottom of the channel, placing it in the barge and returning it to the bottom of the channel is three times faster than it would be using our crane. In addition, running the crane is physically exhausting. Certainly, it's not so with running the hydraulics of the material handler."

The elevated cab positioning of the Sennebogen also gives the operator the ability to look down at where he's dredging, making operation somewhat less dependent on feel.

"Although, when you are doing this type of work, feel is very important," Murphy said. "Often times, you can't actually see due to the stirred up sediment exactly where the bucket left off from the last dig and you have to be able to feel by the movement of the bucket across the bottom where to start up again."

"Dealing with a hydraulic machine, if there is a hydraulic failure it's an easy fix compared to the complexities of a mechanical crane," Murphy said. "The Sennebogen is powered by a Cummins diesel. If we need filters or parts, they are readily and locally available, all of which adds up to additional time and labor savings. If we were using the crane, this is definitely a three-man job; with the material handler, it is a two-man job." 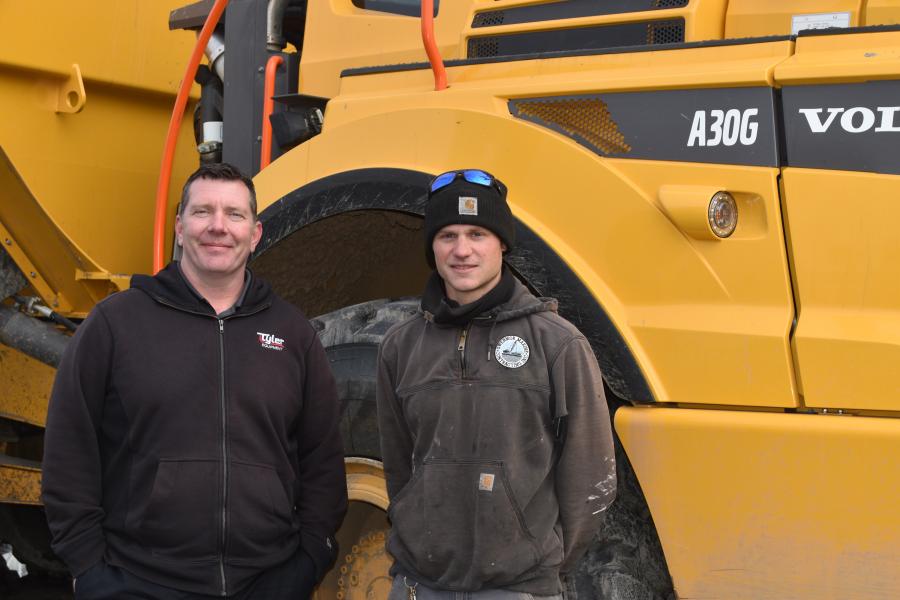 The success with Sennebogen notwithstanding, Murphy emphasized that Gwenmor Marine Contracting has no intention to transition completely from cranes: There are aspects of what a marine contractor does, Murphy said, like driving piles, for which the cranes are absolutely critical, and will not be replaced.

The Volvo truck on the site, which is on rent from Tyler Equipment, has been a real treat, too according to Murphy.

"It drives like a Cadillac and its power and traction are unbelievable. The truck fully loaded weighs about 60 tons and we are driving down a soft, sandy beach. You would think that the potential to get stuck would be huge, but we have never so much as spun a wheel.

"As a consumer of construction equipment, I have always been impressed with Volvo's affiliation with the TV show ‘Gold Rush.' You watch them beat those machines hour after hour, week after week and they never break. It's quite a testimony to Volvo equipment."

Specs at a Glance

Specs at a Glance