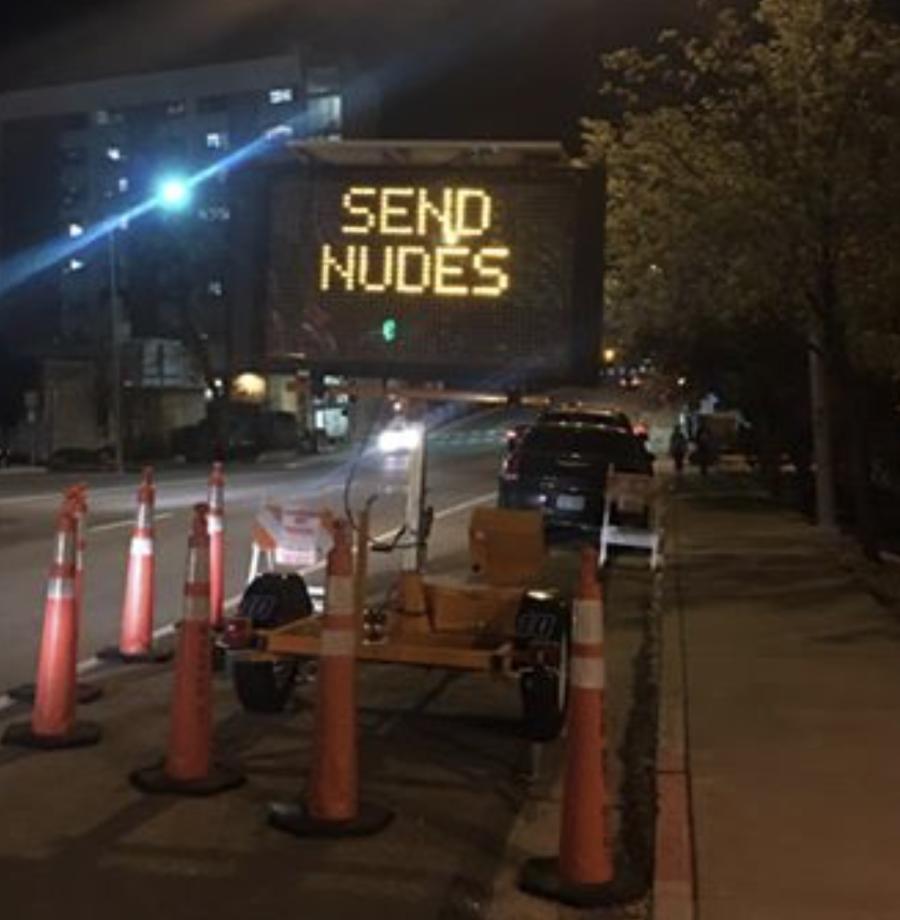 Photo from social media by Taylor Pardick via Facebook.

Nudity did not increase because of a hacked “Send Nudes” construction sign near the University of Nevada, Reno.

UNR said there was little more than a few chuckles when the construction sign near campus was hacked earlier this week.

In blinking yellow neon, slow down became send nudes. The sign was on North Virginia Street near Manzanita Hall on the north side of campus.

The sign, owned by one of the construction companies building student housing off North Virginia Street, received a permit from the City of Reno to put the sign to warn drivers of construction ahead.

Videos and pictures of the sign have made the rounds on social media with one 17 second video of the sign receiving 250,000 views.

UNR Spokeswoman Kerri Garcia there were no reports of nakedness in the area the night the sign was hacked.

The sign may have been ineffective as winter-like weather lingered around Northern Nevada this week.

Many websites with detailed instructions on how to hack a sign, say it's an easy process.

Most control pads for signs are in lock boxes, that are rarely locked. Password protections are usually easily reset.