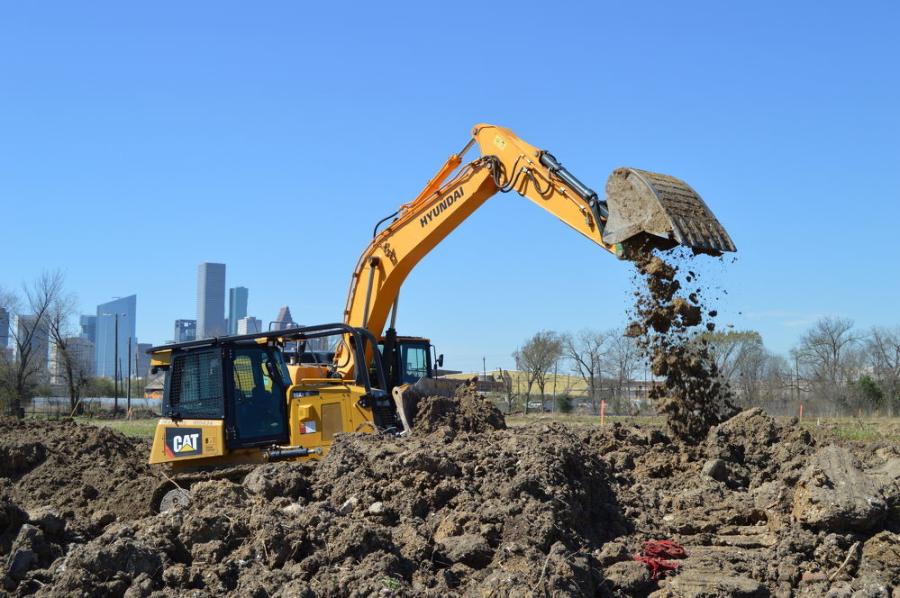 Crews in Texas continue making progress on the Hardy Toll Road Downtown Connector project, a 3.6-mi. toll road extension that will connect the existing Hardy Toll Road from its current southern end at Interstate 610 North Loop to downtown and U.S. Highway 59/IH 69. The project is supported entirely by revenue generated through tolls, and will benefit motorists and the community along the planned corridor.

"It will provide a new connection directly into the Central Business District from north Houston, relieving existing highways of some volume," said Matt Kainer, assistant director of maintenance and construction engineering of the Harris County Toll Road Authority (HCTRA). "The project has been planned for more than 25 years, but until an agreement was executed with the Houston Belt & Terminal [HB&T] and Union Pacific Railroad [UPRR] companies to relocate an existing rail line in 2012, nothing could move forward."

The Hardy Toll Road Downtown Connector will result in increased safety and convenience for drivers and pedestrians, with the removal of the railroad crossings at Collingsworth, Lorraine and Quitman streets. Other benefits include a reduction in train signal noise, less traffic cutting through the neighborhood streets and new landscaping and green spaces. 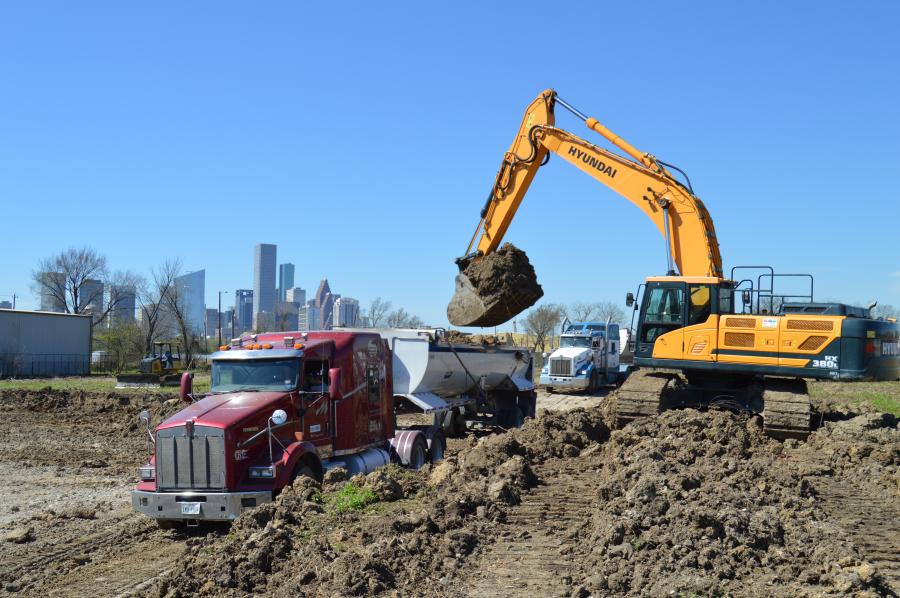 Kainer said the project was always envisioned to extend into downtown Houston, since the planning of the Hardy Toll Road in the 1980s.

"HCTRA began coordinating agreements for this project with several agencies such as the city of Houston, UPRR, HB&T, BNSF Railway, and Harris County over several years, and about 2010 finally were able to agree to a direction."

"The project corridor runs through an established residential/industrial area, so coordination with all the affected parties will be critical. A few sections will be constructed in narrow ROW. The connection at IH610 will require several closures, elevated work and a sophisticated design.

"The first phase of the project began with the relocation of the Houston Belt and Terminal rail line. Phase I will continue with the construction of three separate grade separations for Collingsworth, Lorraine and Quitman. Currently, these three streets cross the existing railroad tracks at-grade. By constructing grade separations, local traffic traveling east-west will not have to interact with train traffic."

Once construction of all grade separations is finished, HCTRA will begin work on a new four-lane toll road (with two lanes in each direction), scheduled to begin in early 2020. To-date, the railroad relocation and the Collingsworth grade separation are complete. As part of the Collingsworth project, HCTRA constructed an 11-acre-ft. detention pond facility, in order to mitigate any potential impacts from the improvements. During construction, the work was almost entirely excavation-related. Once excavation was completed and the associated storm sewer systems were tied in, the ponds were seeded and watered to establish vegetation to prevent erosion.

The Lorraine project began in February 2019. The Quitman project will move to construction at the same time as the Downtown Connector project, which will start in the first quarter of 2020, and will last approximately three years. 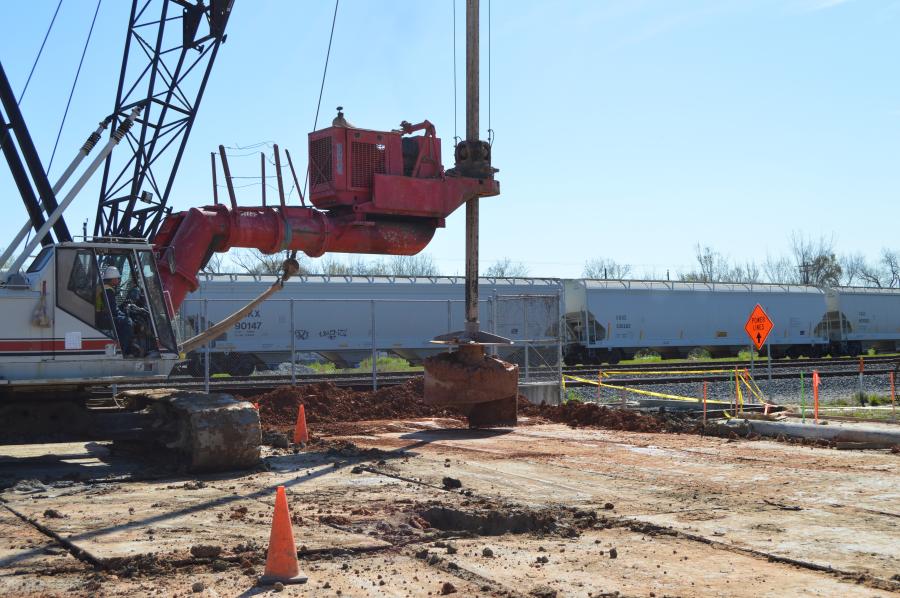 The Lorraine project will actually go under the existing railroad tracks, whereas the Collingsworth project involved building a new bridge over the top of the railroad tracks. Key elements of the project include drilled shaft retaining walls, a storm water pump station and multiple stormwater detention ponds. Kainer is hopeful the weather will cooperate.

"In Houston, we don't typically get weather that's cold enough to impact construction activities. As such, we are able to work year-round without having to take any additional measures to ensure that construction can continue. Rain will always impact roadway construction projects, especially at the beginning when underground work and foundations are constructed. However, contractors in the region are accustomed to dealing with these conditions."

The ROW acquired to construct the Lorraine grade separation consisted of a mix of residential and industrial properties, including some that were abandoned.

"There are four main excavation components to this project — drilled shaft retaining walls, roadway, storm sewer and detention ponds," said Kainer. "Due to Houston's proximity to the coast, as well as the region's generally poor soil characteristics, combined with a high water table, excavation of the drilled shafts for the retaining walls will be done using bentonite slurry."

The drilled shafts are excavated using crane-mounted drill rigs. The rest of the excavation will be handled by tracked excavators. Once the roadway excavation is complete, the paving will be performed using slip-form paving machines. 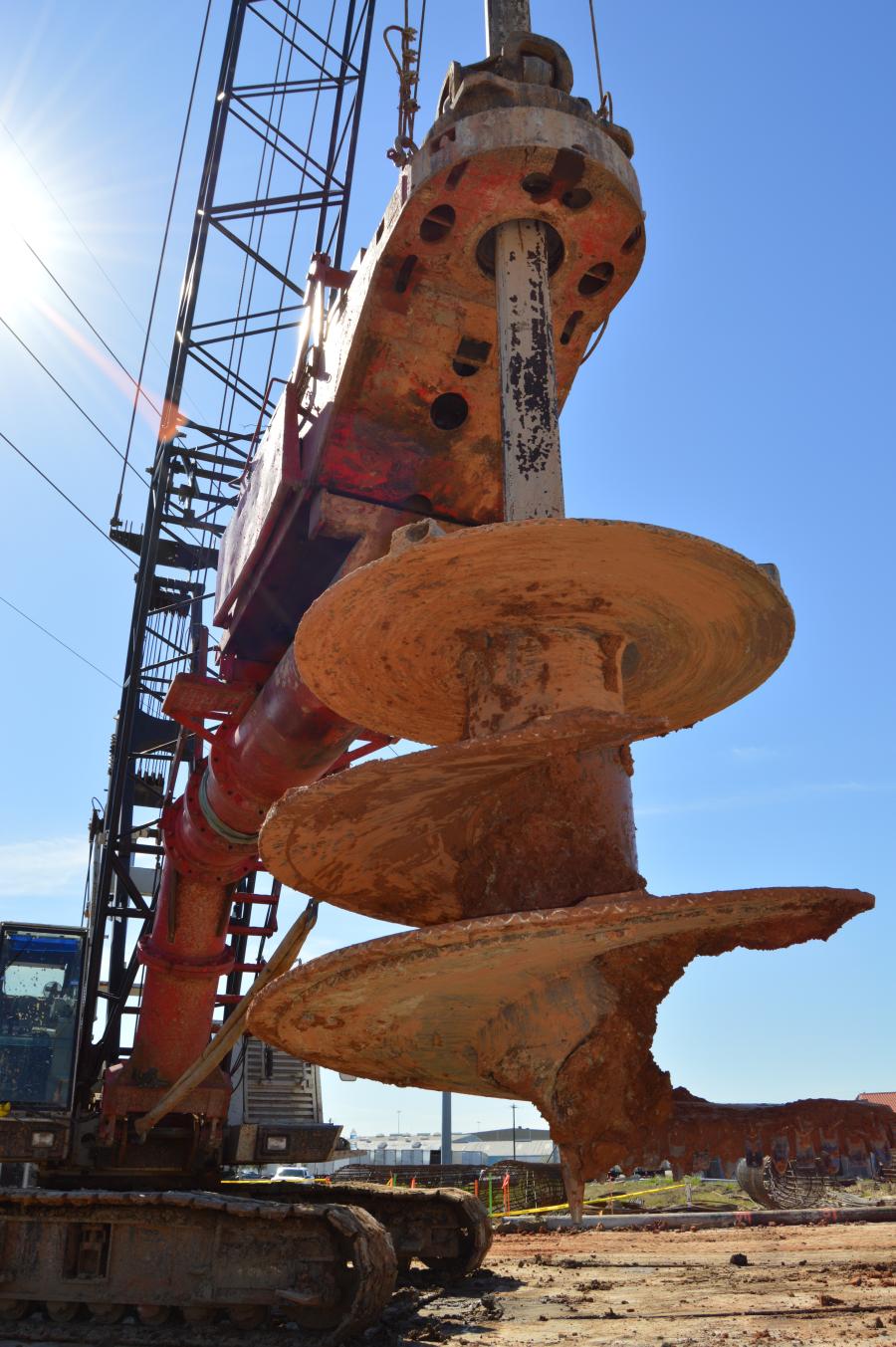 Regarding the main materials used during construction, said Kainer, "As this is a roadway job, the majority of the material used is concrete. That includes the drilled shaft retaining walls, roadway pavement and storm sewer."

The most time-consuming part of the Loraine assignment also is one of the most critical.

"The quantity of excavation to be performed on this job is quite large, considering the relatively short length of the roadway project. Since a large quantity of the material to be excavated is potentially contaminated, additional steps must be taken to protect both the workers and the public. This adds a layer of complexity to the work, as each load must be properly accounted for to ensure that all environmental regulations are complied with."

According to Kainer, the surrounding community has been generally accepting of the construction activities. The opening of the Collingsworth grade separation was well-received, as it allows drivers to cross the railroad tracks without being delayed by the high number of trains moving through the area on a daily basis.

"HCTRA is dedicated to completing this transportation project to improve mobility in the area, while taking into consideration the surrounding neighborhoods. During construction, the traffic control plan is in place to keep traffic flowing safely though the area, with safe access for pedestrians."

Landscaping for the project will be in accordance with the Texas Department of Transportation's "Green Ribbon Corridor Aesthetic and Landscaping Masterplan." According to the official project website, the intent is to use trees, shrubs and grasses planted along all roadways, if possible, for appearance and increased safety. The plan focuses on plants native to the state, or that have become adapted to growing in the area, in order to reduce maintenance. Existing trees within the construction zone are preserved, when possible.

As for the ongoing construction, Kainer said the lengthy planning and countless hours spent by crews at the job site will be worth it, in the end.

"Once the project is complete, both drivers and pedestrians will have safer, faster access through the corridor."