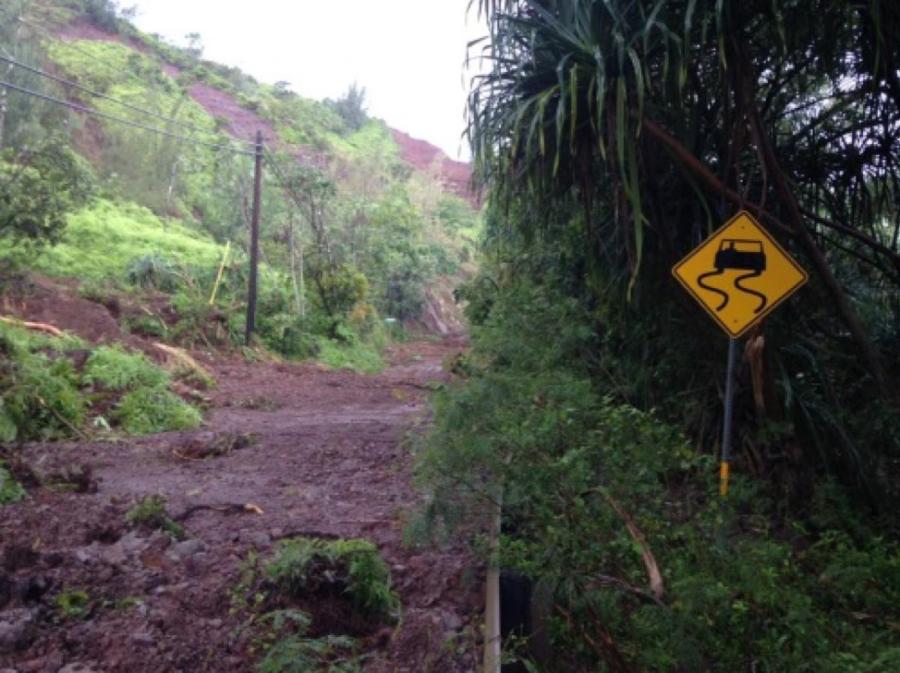 The Hawaii Department of Transportation issued an emergency contract on June 19 for additional flood repair work on the Kuhio Highway. (Hawaii DOT photo)

The Hawaii Department of Transportation issued an emergency contract on June 19 for additional flood repair work on the Kuhio Highway. Emergency work is aimed at stabilizing the slope above the highway — also known as Route 560 — between Waikoko and Wainiha and various downslope sites as well.

The agency also issued a separate contract to update the carrying capacity of Waikoko, Waipa and Waioli bridges — known collectively as the “3W bridges” — to help expedite the Kuhio Highway recovery efforts as the existing structures are load restricted to 8 tons, which “severely limits” the amount of landslide and other debris that can be removed from the area, HDOT said. Once upgraded, the bridges will be rated to 16 tons with emergency capacity of 25 tons.

Altogether, both projects are expected to cost $80 million, which HDOT said should be eligible for reimbursement through the Federal Highways Administration's Emergency Relief program.

The agency added that the emergency repair work on the Kuhio highway — caused by torrential rainfall on April 14 — will continue on a six-day, 10-hour per day schedule for the near future. Limited local access utilizing the convoy system will continue until the work is completed in October.

Currently there are two crews installing soil nail and shotcrete anchor structures along the slopes overlooking the highway at Waikoko and Wainiha where the roadway structure was washed out, HDOT noted, and once the contract for emergency repairs is awarded, an additional crew will be working on the Wainiha slope and at various sites where the hillsides were compromised by the heavy rain.