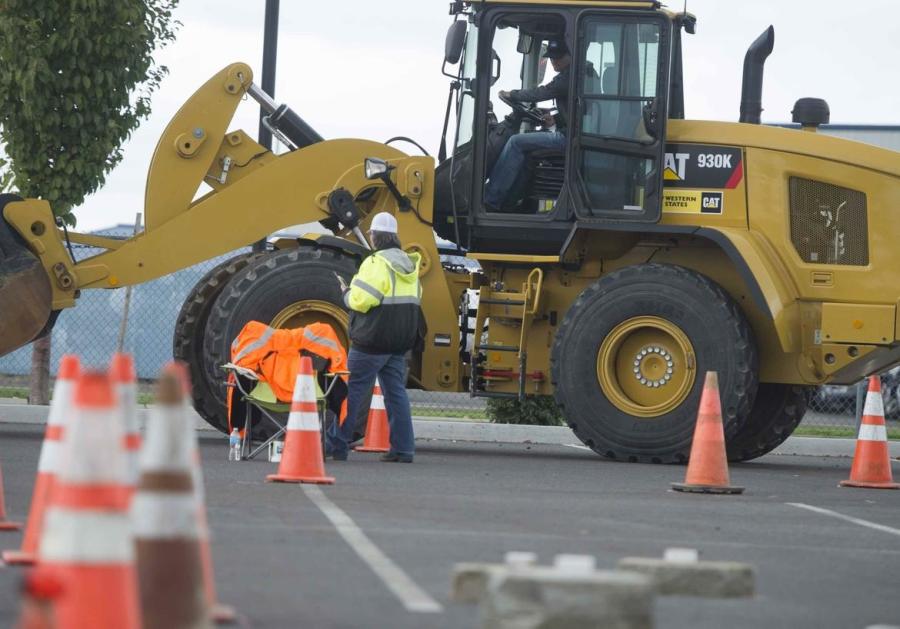 RATHDRUM, Idaho (AP) Michelle Nelson stepped away from operating a skid loader and reflected on her opportunity of a lifetime.

“I love being in the dirt,” the Coeur d'Alene woman said with a wide smile.

That's quite a shift in gears for someone working as an internet search engine writer.

Nelson was among just 19 people chosen from nearly 700 applicants for a free three-week hands-on heavy equipment operator course that aims to help fill the skilled labor employment gap in the booming construction industry and gives veterans, women and minorities a chance boost their careers.

The course is through the Idaho Transportation Department and is being held at the Kootenai Technical Education Campus.

Nelson said being chosen for the program was a dream come true.

“I'm an adrenaline junkie,” she said. “I'm a girl who goes outside to hear a backup beeper and watch equipment. That is hugely powerful. This has been on my bucket list, I went for it and I got it.

“I want to be that girl in a big snow plow.”

The course, which allows students to operate several pieces of equipment including an excavator, backhoe, grader, roller, forklift and dozer, is funded with a $198,000 Ladders of Opportunity grant through the U.S. Department of Transportation.

Eight states were awarded the grants after 40 applied.

“It helps get people into the construction industry who wouldn't normally be in it,” said Russ Rivera, a contract compliance officer with ITD. “It targets groups who are disadvantaged, underemployed or not employed.”

Rivera said the demand for skilled workers in construction is huge.

“Contractors have come to us about the need for skilled labor, so rather than pointing fingers at people we're trying to solve a problem and went to the federal government for help,” Rivera said.

“This made it difficult for us to get jobs completed,” Melder said.

Much like an NFL combine, contractors are invited to watch how students operate construction equipment during the course. The hands-on approach to hiring, a partnership between ITD, KTEC, the Idaho Department of Labor and the Associated General Contractors of America, is part of a cultural shift for ITD, Melder said.

“Rather than sitting in front of an interview panel, applicants are placed in real-world work scenarios and experience day-to-day job functions,” he said. “If the contractor likes what they see, they are welcome to hire new employees on the spot.”

Bert Rohrbach, a heavy equipment instructor, said the course isn't intended to replace work experience, but he called it “a marriage of academics and exposure to hands-on training.”

“We're opening doors,” he said. “Our teaching style is not to wash them out, but to hold the bar high and help them get there.”

When a hazardous materials business owner recently struck up a conversation with him at a gas station and the man learned Kuntz was enrolled in the course, he asked Kuntz to contact him for a possible job opportunity when he's finished.

Kuntz said he was a welder's helper making $10 an hour in his previous job. He's now looking to at least double that wage as a result of taking the course.

“It's changing my life,” he said. “I have never been certified before.”

The course has given Dusty Hansen of Salmon, Idaho, an opportunity to train on newer equipment after he was laid off as an ammunition builder recently.

“I found out on the day that I came up here that my girlfriend is pregnant with our first child,” Hansen said. “This will help me get a job, further myself and provide for the family.”

“I may not be perfect, but this gives me the confidence to get on any piece of machinery and figure it out,” she said.