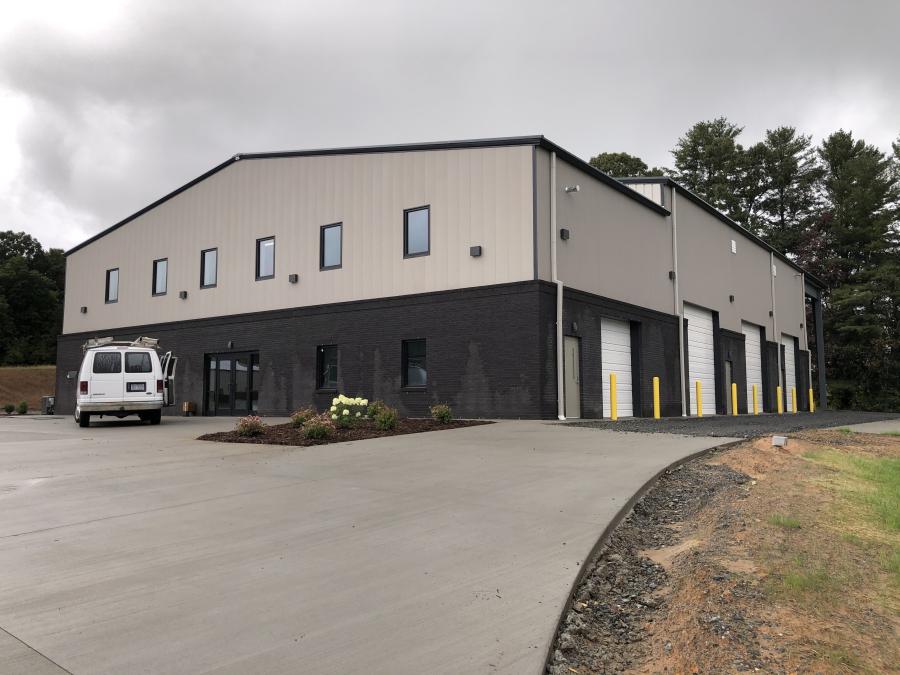 Jim Hills said that the Mills River facility (seen here) “is in good striking distance of eastern Tennessee, as well as back down to Greenville, S.C., where we have an office, and up to [our facilities and markets in] Charlotte and Greensboro in North Carolina.”

With the goal of establishing each of its locations within approximately 90 mi. of the next closest dealership in the Carolinas, Hills Machinery Co. is expanding to include two more facilities in the Tarheel State.

The two new expansions in the Carolinas markets appear to bode well for Hills Machinery's investments in the region, in addition to the marketplace's respect in the company and its products.

"I think that it is part of a maturing of our organization and realizing that in order to grow we need to be a full-line and full-value supplier to our customers," said Jim Hills, president of Hills Machinery. "While we are expanding geographically, we have also expanded the product lines and the services we offer. For instance, we are in the recycling business today, along with paving, construction — both heavy and light — and agricultural."

Regarding recycling equipment being offered through Hills Machinery, such as crushing products, Hills noted that the dealership got deeper into that business after realizing the potential of the environmental market.

"[It] was growing both through statutory mandates, and because of the general consciousness of our customers and the larger population," he said. "Plus, almost every recycling product that we sell that is somehow fed or working in conjunction with a piece of construction equipment, a piece of paving equipment or a piece of agricultural equipment that we represent today."

The new locations will be built on opposite ends of the state — in Mills River, south of Asheville in the Blue Ridge Mountains, and in Leland, just across the Cape Fear River from Wilmington near the Atlantic coast.

Currently, Hills Machinery operates facilities in Charlotte, Greensboro, Raleigh, Greenville and Asheville, all in North Carolina. Its Palmetto State locations are in Columbia, Greenville and Charleston, the company's headquarters.

"Our goal has been to be no more than one hour to 90 minutes of any location — generally, we are 90 miles apart — and this fits with our general strategy," said Hills of the expansion effort.

He noted that the Mills River facility "is in good striking distance of eastern Tennessee, as well as back down to Greenville, S.C., where we have an office, and up to [our facilities and markets in] Charlotte and Greensboro in North Carolina."

In addition, the travel time from Hills Machinery's Greenville, S.C., location to its office in Columbia, and from there to its Charleston operation, also is within the company's distance parameters between dealerships.

Expanding to Where Needs Exist

Both of Hills Machinery's expansion projects were done under the premise of providing better product support to contractors and other companies that use the equipment it sells.

He noted that was particularly true of the new Mills River facility.

"We saw that that part of western North Carolina was underserved, and a need existed for another supplier in the area," Hills said. "So, we are excited to jump into that end of the market and be of service to those customers." 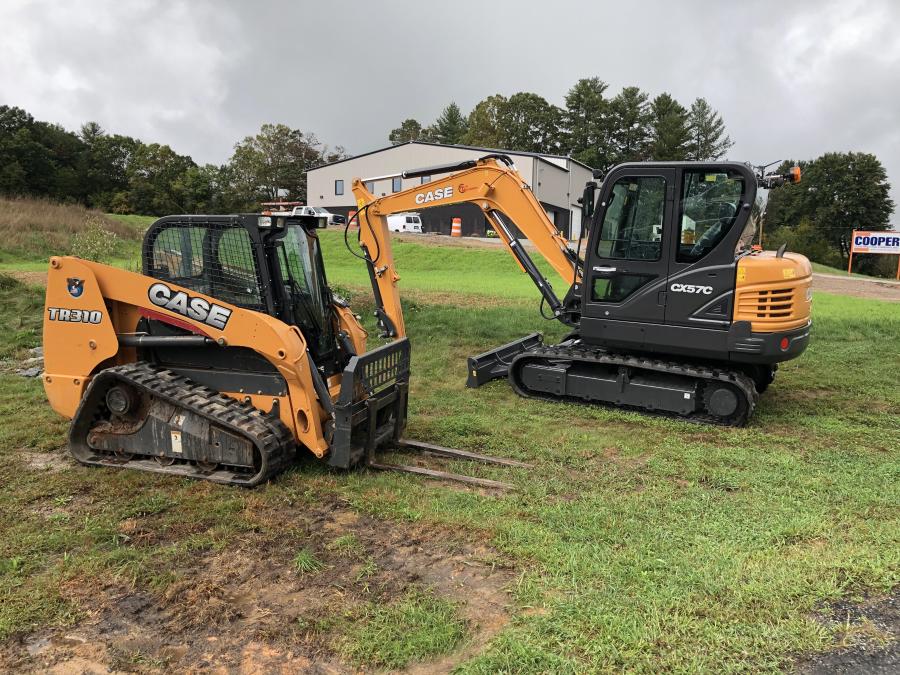 The new Mills River dealership and shop will be a new facility and will serve as the Asheville marketplace.

"We looked for some property in that area a couple years ago, but were unable to find what we were looking for," Hills said. "Instead, we built a new facility on 13 acres in Mills River. There will be eight bays in that location with plenty of parts and product support space. It will be a state-of-the-art facility built by Cooper Construction Co., [based in nearby Flat Rock, N.C.]."

He described the new Hills Machinery dealership in western North Carolina as one that will not only have more service bays in the shop, but also a pair of overhead cranes, each with about a 30-ft. overhead height.

When asked if the cranes will work on all heavy Case equipment that his company sells and services, Hills said that they are built to handle anything that comes into the shop.

"With them, we should be able to service any of the products that we represent, which is a full range from construction equipment to heavy highway paving equipment to recycling equipment," he said.

New Location for a Growing Market

There, Hills said the equipment distributor will maintain a full-service, three-bay shop with an overhead crane and parts department, along with its normal offering of all other services, sales and rental.

The facility will have ample room for parts and future expansion, he added.

"There is about 10,000 square feet of office and shop space, as well as four acres for storage," Hills said.

Prior to buying and revamping the dealership, Hills Machinery served the rapidly growing Wilmington market through its utilization of remote technicians based in the area. In addition, machine techs were dispatched to the general region from its locations in Raleigh and Greenville, N.C., and the Charleston, S.C., shop, as needed.

"But we thought that to grow and offer more value to the customers in the Wilmington area, we really needed to have a brick-and-mortar presence there," Hills said.

Now, it has extended its paving equipment offerings by adding Roadtec equipment, built by Astec Industries in Chattanooga, Tenn.

"The Mauldin products are an outstanding, high-quality line of machines," Hills said. "We have seen how successful they are with commercial paving contractors over the last several years and we have gotten incredible support from the Calder brothers. We have also realized that there was great transference of that knowledge into highway class paving, so we were very fortunate to team up with Astec Industries and take on its Roadtec product line for North and South Carolina."

And, he added, Hills Machinery has a fervent desire to expand its presence in the agricultural sector of the equipment business, primarily through its Case equipment.

"Today, we sell the 140 horsepower and below Case tractors, and we may look to expand into the higher horsepower cash crop products in the future," he said, adding that there is a higher volume of the smaller machines sold, but a wider variety of applications and customers within the more sizable farm equipment.

"With those, you are talking about large farms with thousands of acres of land that need high-horsepower tractors and combines," he said. "They wouldn't be something that would be used by your everyday farmer."