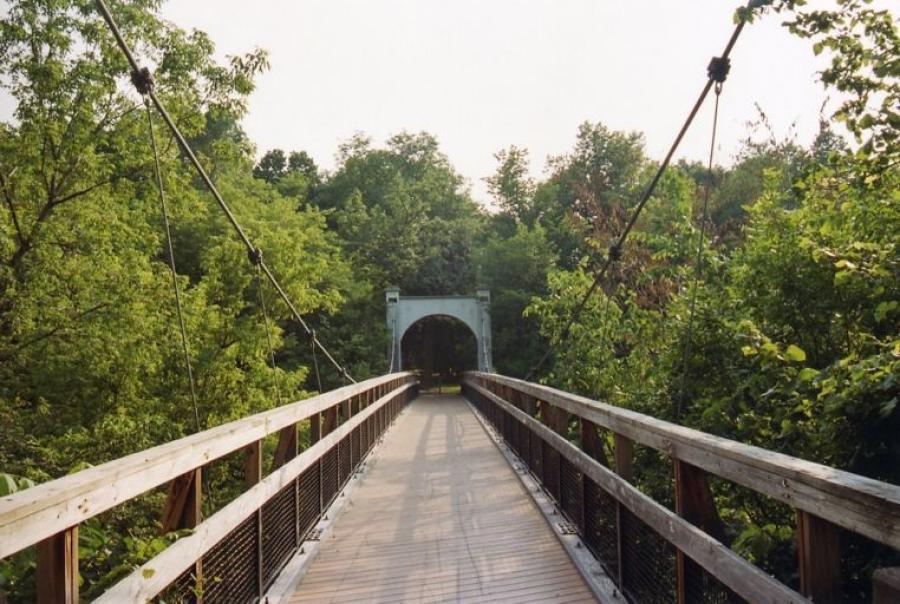 The bridge underwent renovations in 1985 and 1986, where crews paid close attention to keeping its original appearance intact.

A historic bridge in River Falls, Wisc., might be small, but its construction is extraordinarily unique.

The Swinging Bridge, which was built in 1925 by the Minneapolis Bridge Company, is one of just five pedestrian suspension bridges, according to the Wisconsin Historical Society, the River Falls Journal reported. According to Amy Peterson, city development services director, the bridge, which cost just $4,800 to build at the time, has become and iconic piece of the town. Funds were provided by the Women's Improvement League, who had a hand in making other improvements in Glen Park, which the bridge connected with Cascade Ave.

When it was completed in 1925, the River Falls Journal reported that it “… is universally declared as one of the best improvements the city has made in a long time.”

"When my friends and relatives come to River Falls and they want to see what River Falls is about, I take them to Glen Park and show them the bridge," said Peterson.

On Feb. 16, the bridge was added to the Wisconsin State Registry of Historic Places, which, according to Peterson, is a required step for the bridge to eventually get onto the national registry list, the River Falls Journal reported.

The bridge underwent renovations in 1985 and 1986, where crews paid close attention to keeping its original appearance intact.

“They worked hard back then to make sure that it stayed true to the original structure,” said Peterson.

According to Peterson, if the bridge makes it onto the national registry, it could lead to future opportunities for both federal and state grants, which could come in handy if the bridge requires future renovations, the River Falls Journal reported.