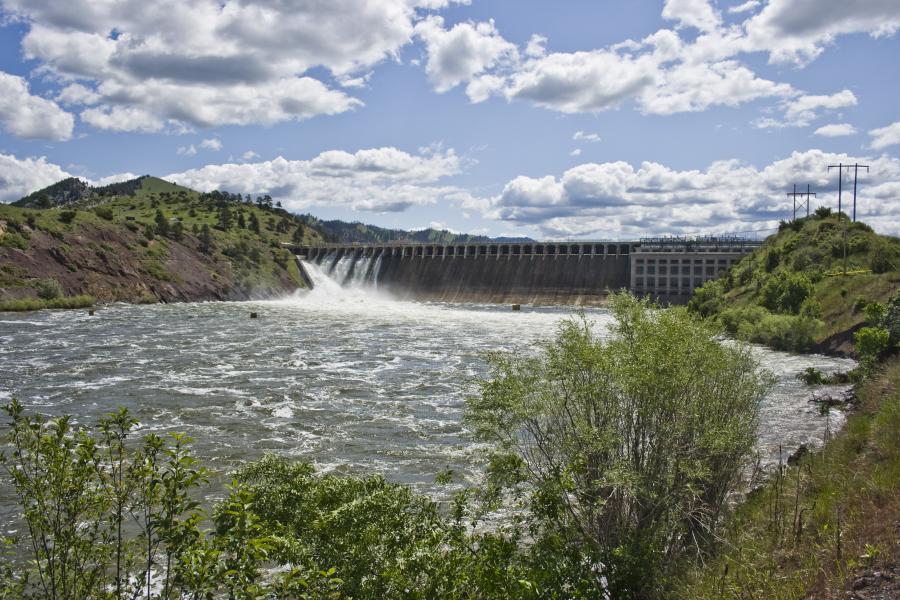 Montana Power Company eventually sold the Dam in 1999 to PPL Montana, who in turn sold its hydro facilities to NorthWestern in 2014.

Montana's Holter Dam has been a fixture above the Missouri River for 100 years. But the structure that separates the Holter Reservoir from trout water almost didn't happen, the Independent Record reported.

A crowd of about 100 gathered to celebrate the Dam's centennial July 31 with NorthWestern Energy.

“This is a celebration of Montana's legacy,” said Bob Rowe, president and CEO of NorthWestern Energy. “…This is an extraordinary facility, 100 years old, the people who had the vision had names like Holter and Hauser, and if you've had a chance to look at that history it was complicated and it almost didn't happen. There were a lot of challenges and missteps along the way.”

Construction for the Holter Dam, which at the time was dubbed the Wolf Creek Project, began in 1908 through the efforts of Norwegian businessman Anton Holter and Samuel Hauser. Holter, for whom the dam is named after, was a lumber supplier for local mining operations. He and Hauser were prompted to spearhead the Dam project after a part of the existing Hauser Dam failed, damaging another part further downstream, the Independent Record reported.

While construction on the Hauser Dam wrapped up in 1911, budget overruns put a stop to work on the Holter Dam. However, the Montana Power Company formed and took over the project a year later, and in 1916, construction began once again. The project was completed in 1918, and during that two-year period, 500 people lived on the site for construction, the Independent Record reported.

Montana Power Company eventually sold the Dam in 1999 to PPL Montana, who in turn sold its hydro facilities to NorthWestern in 2014. According to Rowe, while the Dam has been maintained, and its electrical systems updated throughout the years, a good deal of its original structure is still intact, the Independent Record reported.

Jeremy Clotfelter, NorthWestern's hydropower operations director and overseer of 11 dams, said, “For me, one of the coolest things about what we do it to be able to work on facilities and plants that have been here for a century. We have several in the state that are at this age or older, and that's why we're here, to celebrate the great longevity and the value that Holter has brought our customers and communities in the state for 100 years. How many other industries or careers or jobs out there can actually stake that claim?”

According to Rowe, hydropower is a key part of the company's electric portfolio for the state, as it serves its customers while at the same time maintains a fish habitat and the opportunity for recreational activities. Rowe also said using hydropower all year allows NorthWestern to add in other types of renewable energy to help stabilize the grid, as well as meet peak demand, the Independent Record reported.