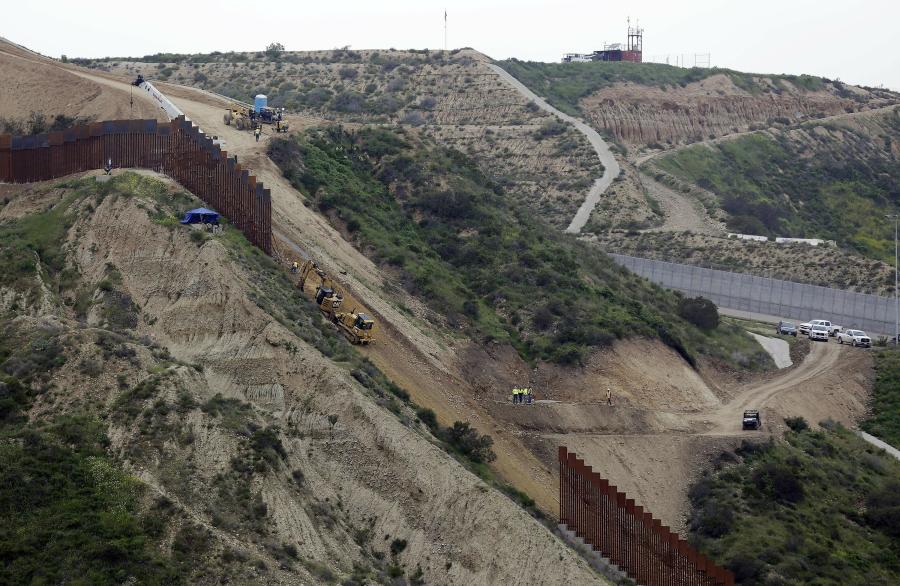 SAN DIEGO (AP) The Biden administration announced recently that it will begin work to address the risks of flooding and soil erosion from unfinished sections of the wall on the U.S. border with Mexico and will cancel military-funded contracts as it shuts down one of President Donald Trump's signature domestic projects.

Hidalgo County, Texas, officials have expressed alarm about flooding risks during the hurricane season starting in June from breaches in a levee system after Biden halted border wall construction immediately upon taking office in January.

The dirt levee was built under 2006 legislation to protect the delta region from flooding but was also a staging ground for Trump's border wall. Cortez said the areas were left vulnerable when Biden halted work.

"This long overdue reprieve is a huge step toward justice for people and wildlife in the borderlands," said Laiken Jordahl of the Center for Biological Diversity. "We're grateful that the Biden administration has stopped this senseless destruction."

The department said it would also fix "improper compaction of soil and construction materials" along parts of a 14-mi. barrier.

Biden ordered a pause on all wall construction on his first days in office, leaving billions of dollars of work unfinished — but still under contract — after Trump worked feverishly last year to build more than 450 mi., a goal he said he achieved eight days before leaving office.

Biden gave aides until late March to determine how much it would cost to cancel contracts and whether money could be spent elsewhere.

The Defense Department said it in a statement that it is cancelling contracts and will use unobligated money for military construction projects for its initial purpose. It is reviewing which of the billions of dollars in delayed projects would get priority.

As of Jan. 15, the government had spent $6.1 billion of the $10.8 billion in work it signed contracts to have done, according to a Senate Democratic aide with knowledge of the contracts who spoke on condition of anonymity because details have not been made public. The full amount under contract would have extended Trump's wall to 664 mi.

Publicly, the Trump administration said it secured $15 billion for the wall. The Senate aide said it was actually $16.45 billion, $5.8 billion of which was appropriated by Congress and the rest diverted from the Defense and Treasury departments.