The J&J body, called the horizontal ejector (HE), underwent extensive design and testing. 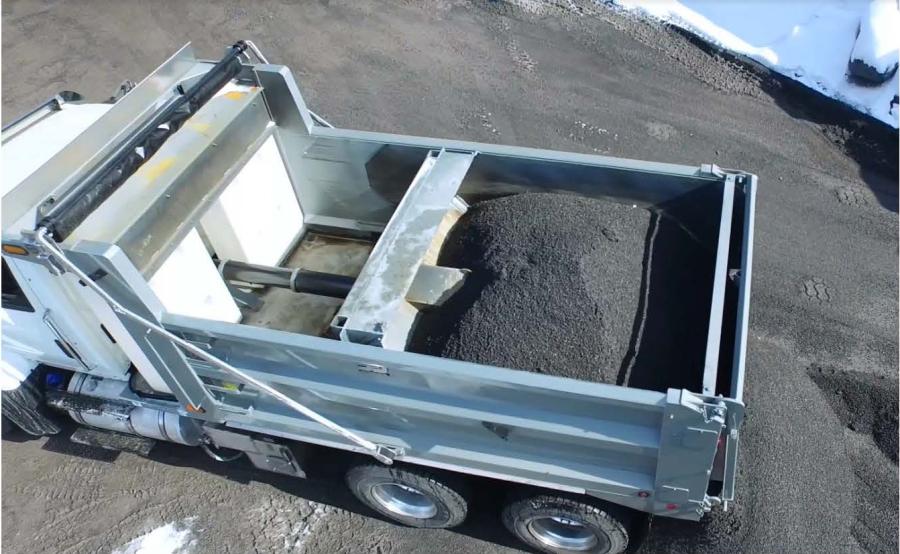 AutoFeed automatically moves the load forward when the spreader is low on material, allowing the operator to focus on plowing.

J&J Truck Bodies & Trailers, a manufacturer of dump bodies, trailers, oil and gas equipment, and custom transportation solutions, announced the completion of a new truck body that will revolutionize the way state and municipal government agencies clear snow and ice from roadways, according to the manufacturer.

The technology and the ejector ram, which is installed in the bed of the truck, eliminates the risks associated with overhead obstacles, reduces driver distraction, has a low center of gravity, and prevents roll overs that can occur from raising a dump body in unsafe conditions.

The J&J body, called the horizontal ejector (HE), underwent extensive design and testing. Some of the most significant features are the J&J DynaControl hydraulic system with AutoFeed, the hydraulic double-acting high lift gate tailgate, and the J&J AWARE camera system. AutoFeed automatically moves the load forward when the spreader is low on material, allowing the operator to focus on plowing. The double acting tailgate allows for simple removal of frozen chunks of anti-skid in snow and ice applications. The J&J AWARE camera system allows operators to see the position and operation of the ejector inside the body and visibility behind the truck when operating in reverse.

Mike Riggs, senior VP at J&J Truck Bodies & Trailers, said, “The horizontal ejector technology is a lower cost, easier-to-maintain solution compared to other conveyor/auger bodies currently on the market. We engaged numerous large state and municipal fleets in our market research, design and testing process and we are confident the technology will play a major role in future winter road maintenance.”

J&J plans to introduce a high volume ejector body for commercial paving and aggregate hauling applications in the first quarter of 2016.