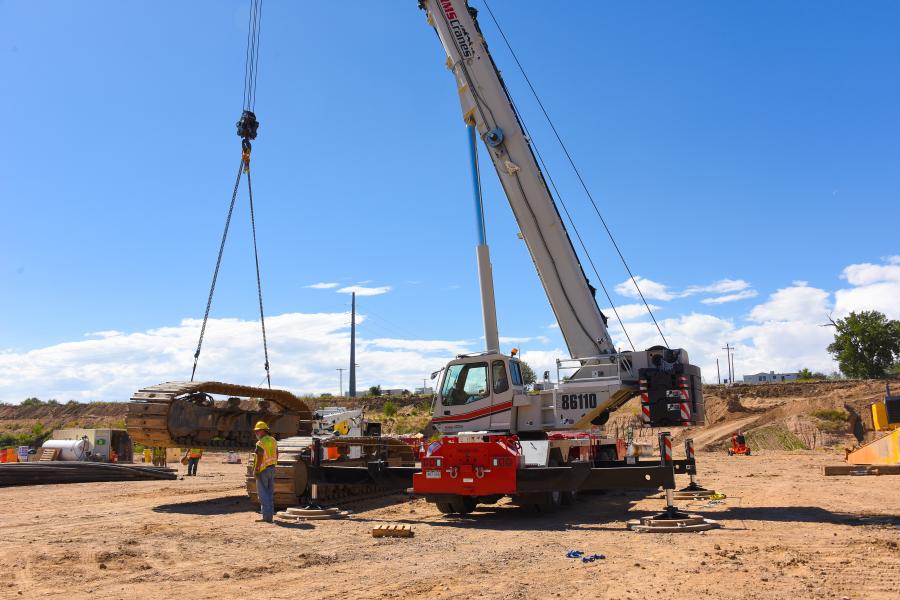 RMS Cranes, Denver, Colo., merged with TNT Crane and Rigging of Houston, Texas, in 2015 to form a network providing 38 branch locations. RMS Cranes' Windsor, Colo., location received a new 110-ton (100-t) HTC-86110 for its taxi crane needs, servicing a boundary east and west of I-25 and north of Boulder, Colo., in northern Colorado.

“We have gone to Link-Belt cranes because it's the right combination for us. The crane covers the right capacity, has the right amount of intelligence, but still enough brawn. Our guys feel it's a good, tough piece of equipment to handle everything we need covered,” said Ryan Harper, operations manager of the northern Colorado branch of RMS Cranes.

“The HTC-86110 is attractive to a customer that is building any sort of production facility, set it up, and place that tiny 100 lb. piece of pipe as far as you need to reach, or then we can set that 70,000-lb. skid wherever it needs to be placed from that same location. It's diverse in that I can send it out for anything from a 30-ton crane all the way up to the 110-ton machine. And you have everything you need on one support trailer which includes all of our weights and rigging on that one trailer,” Harper said.