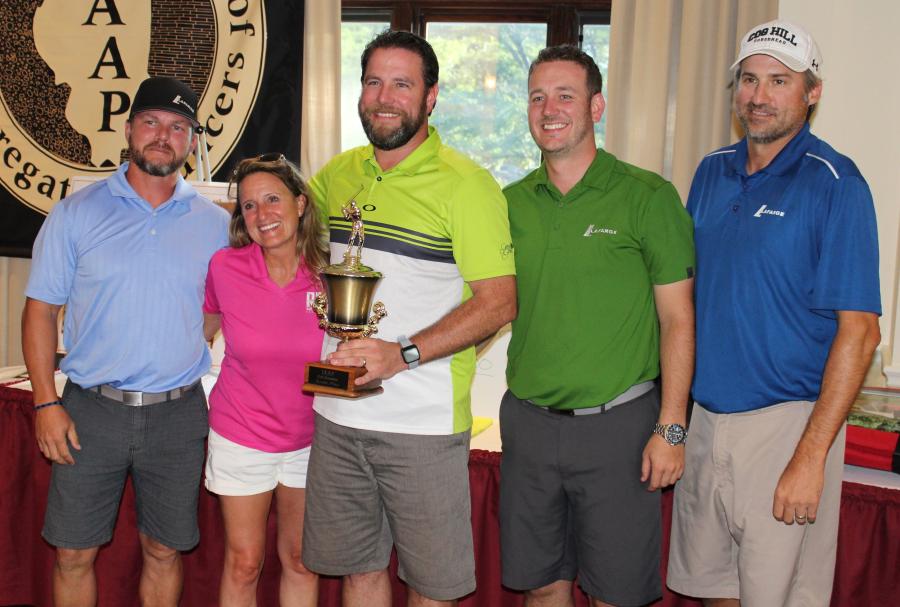 The golf outing offers a unique opportunity to have fun and visit with friends in the industry. Using a scramble format, the event proved to be highly competitive once again. In addition to golf, a delicious meal at the end of the day concluded with recognition for the best scores and outstanding players at both courses, numerous door prizes and the 50/50 raffle, which was claimed by Jeff Barnett (G.W. Van Keppel). Everyone agreed it was a really fine day to be playing golf.

First place honors went to Troy Kutz and Josh Quinn (Bluff City Materials) along with Larry O'Neil (Altorfer CAT) with a score of 59.

The trophy for second place, with a 64 score, went to the Ritchie Bros. team of Kent Kleiman, Scott Hoglander, Casey Fencl and Michael Juenger.

Closest to the Pin at hole #8 - Colin Glennon (LafargeHolcim)

Closest to the Pin at hole #4 - Casey Fencl (Ritchie Bros.)