Acquired by Parallel Capital Partners and Angelo, Gordon & Co. in December 2015, the 1 million sq. ft., mixed-use development will be revived as the heart of downtown. 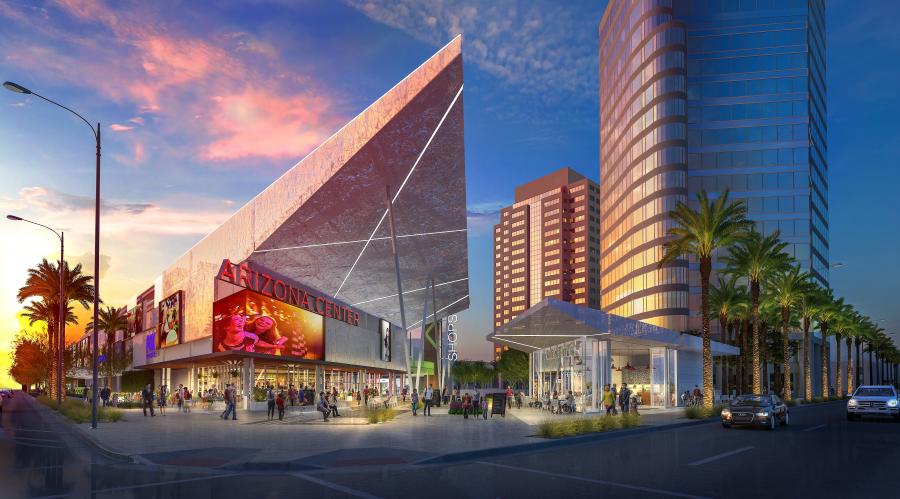 Arizona Center, Phoenix's original downtown entertainment destination located at 3rd Street and Van Buren, has begun construction on its $25 million makeover. Acquired by Parallel Capital Partners and Angelo, Gordon & Co. in December 2015, the 1 million sq. ft., mixed-use development will be revived as the heart of downtown.

“We are proud to have partnered with Skanska USA as construction managers for this project,” said Matt Root, CEO and managing partner of Parallel Capital Partners. “The company's track record in the commercial construction industry is hard to match and we look forward to moving through this project quickly to bring Arizona Center back to life.”

“We are thrilled to be selected as construction manager for this exciting project,” said Ross Vroman, Skanska USA building executive vice president & general manager. “Together with Parallel Capital Partners, we look forward to moving ahead on a project that will be a catalyst for new opportunities downtown.”

In addition to the construction partners being announced, Cronemeyer also announced that a boutique hotel and multi-family housing also will be added amenities at Arizona Center. Final negotiations of these partnerships are under way and will be announced soon. The addition of a hotel and multi-family housing will increase the vibrancy of Downtown making Arizona Center, once again, a true downtown destination.

The architect of the project is Gensler, a global architecture, design and planning firm. The current introverted space will be opened to the surrounding streets and the urban neighborhood, creating a more interactive and spontaneous experience that connects to the existing fabric of downtown Phoenix.

“Gensler is excited to be a part of this landmark project, which represents a major step forward in the continued revitalization of downtown Phoenix,” said Jay Silverberg, principal and design director of Gensler. “The design, inspired by the legacy of the Arizona Center itself, is aimed at creating an authentic Arizona experience, a compelling mixed-use destination, and further asserting its prominence into the urban fabric of downtown.”

In addition to Gensler, Phoenix Design One is working on the interior redesign for One Arizona Center, and Smith Group JJR is supporting development strategies for the entire property.

The joint venture of Parallel Capital Partners and Angelo, Gordon & Co. paid $126 million for the 16-acre Arizona Center multi-use complex with entitlements for an additional 3.9 million sq. ft. of improvements.