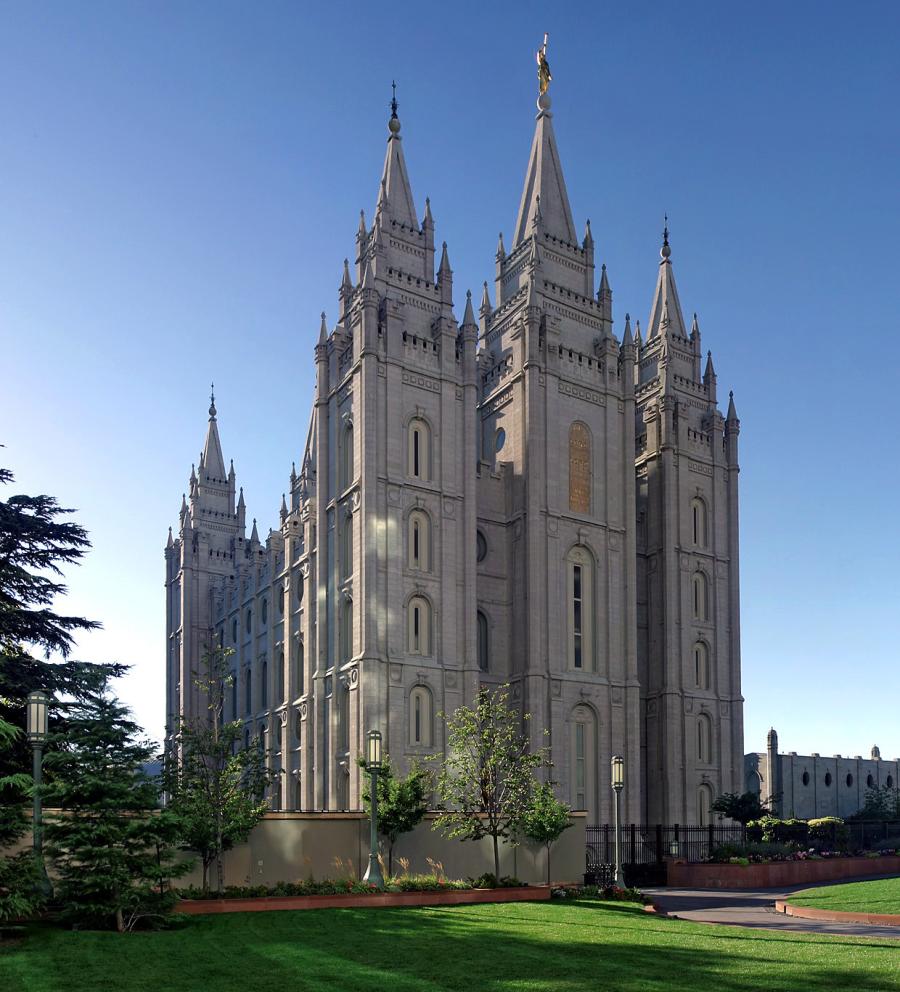 SALT LAKE CITY (AP) An iconic temple central to The Church of Jesus Christ of Latter-day Saints faith will close for four years for a major renovation to help it withstand earthquakes and be more welcoming to visitors, leaders said April 19.

Authorities also are keeping a careful eye on construction plans after a devastating fire recently at Notre Dame cathedral in Paris.

"We promise that you will love the results," he said.

The building and square at the heart of Utah's capital city is one of the state's top tourist destinations, though only church members in good standing can go inside the building used for marriages and other religious ceremonies.

When the project is done in 2024, the faith widely known as the Mormon church will host an open house to give outsiders the first glimpse of the 126-year-old temple's interior in more than a century.

A new visitors' center and removal of a wall around the square in favor of a fence will also visually open up the flower-lined space to visitors walking by.

"We want to them to think of Salt Lake just as easily as they think of Jerusalem or The Vatican as a place where Christianity really has its heart," Bishop Dean M. Davies said.

The work that will bring scaffolding, cranes and occasional road closures to downtown Salt Lake City also carries increased fire risk. Authorities are taking extra caution in light of the damage to Notre Dame by crafting a plan that includes a 24-hour fire watch, limiting welding and grinding to certain areas, and plenty of fire extinguishers.

Investigators are still determining the exact cause of the fire at Notre Dame, which was under renovation when the blaze started.

The Salt Lake Temple's earthquake-mitigation project will be a major undertaking, and involve excavating underneath the temple to install a base-isolation system that will prevent damage by largely decoupling the building from the earth.

The area sees seismic activity, including a series of small quakes that have occurred in recent months. Plans for this project, though, stretch back more than a decade.

Much of the square will remain open during the construction, including the building where the faith's famed Tabernacle Choir sings.

In a nod to the 16-million-member church's increasingly global membership, the project also will allow the temple to serve people in more than 86 languages, rather than only English.

Leaders declined to say how much the project will cost.

Temples aren't used for regular Sunday services, but thousands of church members visit every year. It is one of the most popular destinations for weddings. While it's closed, local members will go to a number of other nearby Utah temples.

After it reopens, changes will include a return to a more colorful Victorian-era palette rather than the mostly white style adopted during another extensive renovation in the 1960s.

The faith's temples have rooms where couples are "sealed" in marriage, chambers for ceremonies on theology and morality and celestial rooms used for prayer and reflection.

They also have ornate baptismal fonts designed for use in ceremonies to baptize dead relatives, though there's been occasional controversy over members posthumously baptizing public figures against church policy. The faith teaches proxy baptisms give the deceased the choice to join the faith in the afterlife.

New temples are typically open to the public for a brief time before being dedicated, after which they're reserved for members only.

"People think of The Church of Jesus Latter-day Saints and most people think of this temple," said Herbert, who is a member of the faith. The renovation "shows the vitality of Salt Lake City. We're not closing things down. We're expanding and growing."