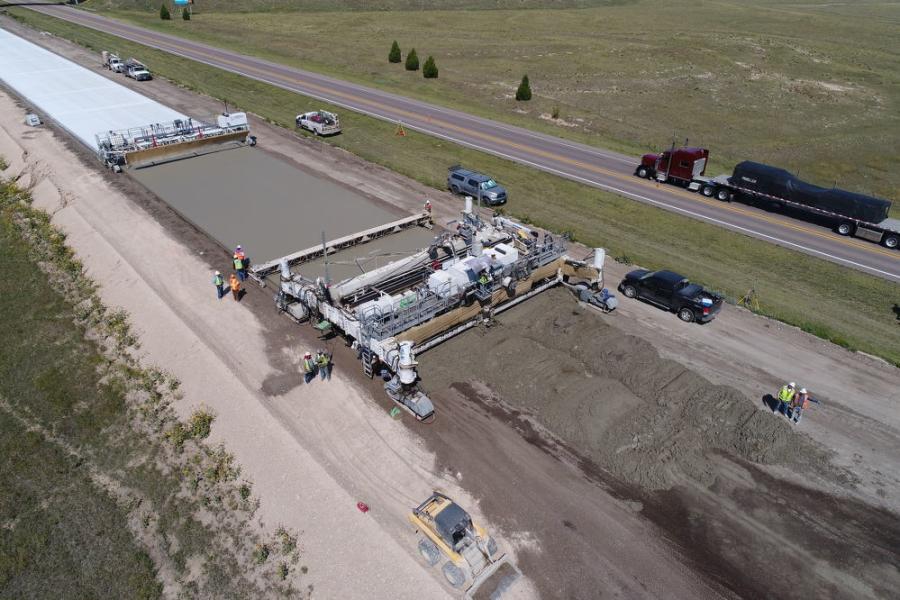 The Nebraska Department of Transportation (NDOT), via a $44.5 million contract awarded to Interstate Highway Construction Inc. (IHC), is rebuilding the interchange at I-80/I-76 near Big Springs — close to the "Colorado Corner" — and 6 mi. of I-76 and I-80, two lanes in each direction and 10-ft. shoulders.

The work, taking place west of the city of Lincoln and funded by the Federal Highway Administration and NDOT, began in late August and is expected to be completed in fall 2021.

Other elements of the project include re-working the interchange lighting from high mast tower to conventional street lighting units, and replacing culverts and other underground infrastructure. The highway, built in 1969, is based on in-place concrete covered with asphalt. The new roadway will have a concrete surface and four lanes in some parts of the interchange for better traffic flow.

"The original design of this interchange was merging two lanes of I-80 into two additional lanes of I-76," said Josh Willard, NDOT's Highway project manager. 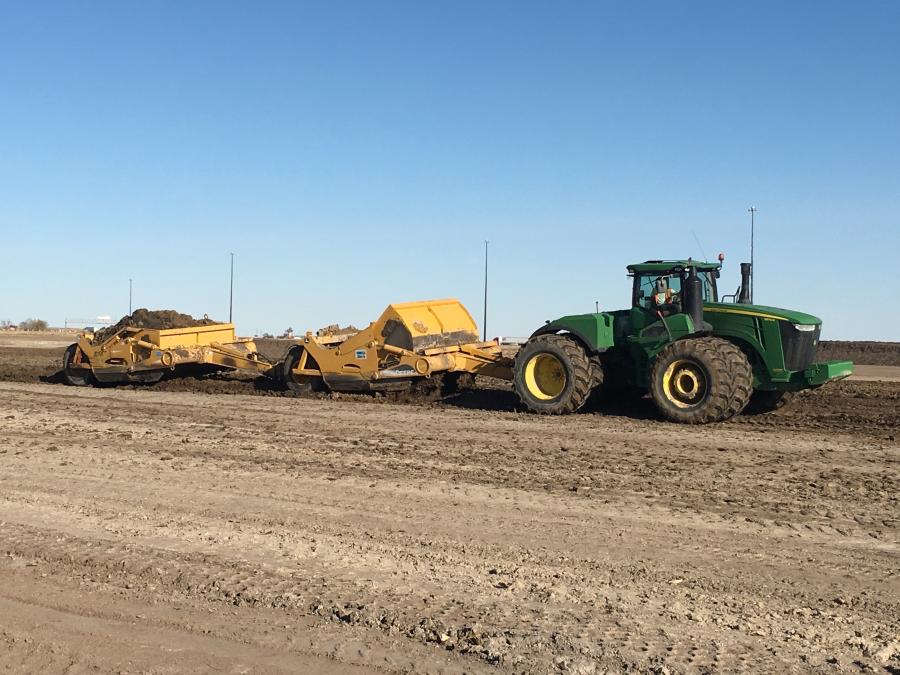 "We had to use good engineering judgment to facilitate change," said Gary Thayer, NDOT's district engineer. "As a short-term solution, we narrowed I-80 to a single lane through the interchange, and corrected the outside slope of the surfaced shoulder. These changes helped resolve the majority of the ‘heavy truck turnover' crashes. But a long-term solution was needed for the safety and mobility of our traveling public."

The two key elements of the project are to improve traffic flow and rectify safety issues associated with the existing interchange. Approximately 18,000 cars and trucks use the interchange and roads daily. The new infrastructure was designed by NDOT Roadway (roads), and Wilson and Company (bridges).

Features of the final design include bringing I-80 traffic, which accounts for two-thirds of the total truck traffic, down on grade from the previous elevated roadway; creating an elevated, two lane, mile-long exit ramp for I-76 west bound; three-phased construction for the I-76 flyover bridge associated with this ramp; and new 13-in. concrete pavement throughout the corridor for an overall design life of more than 35 years.

"Geometric changes will improve safety and mobility," said Thayer, "while the new bridges and pavement will provide system reliability for many, many years to come."

As the work proceeds, traffic is being reduced to one-lane in both directions with reduced speed to protect motorists and construction workers. A 12-ft. width restriction has been put in place for the duration of the project. A "smart work zone" approach is being taken, complete with message boards urging people to use caution.

"The work is slightly behind schedule due to the severe nature of the rains that we've had in Nebraska this year, but it's proceeding well and we intend to catch up soon," said Eddie Davidson, IHC's senior project manager. "We have no significant challenges at this time and right now we're doing some test paving and slight re-alignment of the very west end of I-80, just past the I-76 junction before the traffic switch. We'll be working on some of the wings west of the junction this fall, and next year we're going to be working on all of the westbound side of the interstate. 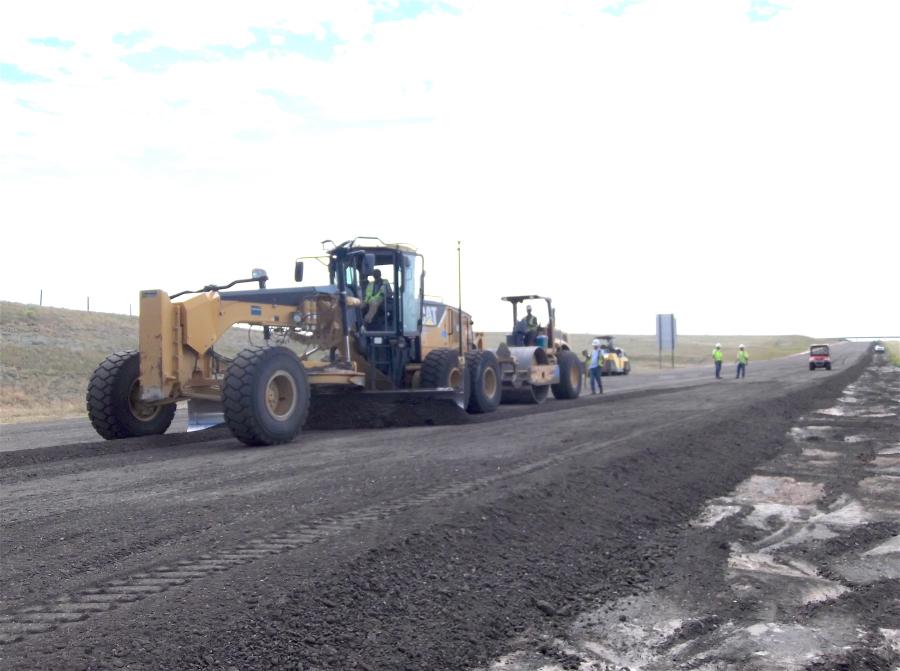 "Our biggest challenge right now is to start work on the bridge structures over the winter — MSE walls, piling and hanging girders," he added. "There will be no winter shut down. We don't have any utility conflicts at this time. This is rural Nebraska, so there is no infrastructure per se other than gas and electric, and DOT highway infrastructure."

The construction of the new westbound lanes is expected to start next spring and work on the eastbound lanes should start in 2021. Operations to replace the interchange, via several phases, will be done in conjunction with entire project, which has a calendar count of 1,056 days.

Numerous culvert extensions will take place, along with the installations of new culverts, box culverts and the replacement of a bridge with a box culvert throughout the construction zone.

"Some of it can be done in advance as far as drainage and box culvert extensions," said Davidson, "and some will have to be done when traffic is diverted to the other lanes. The structures will be cast-in-place, while the reinforced concrete pipe is being prefabricated." 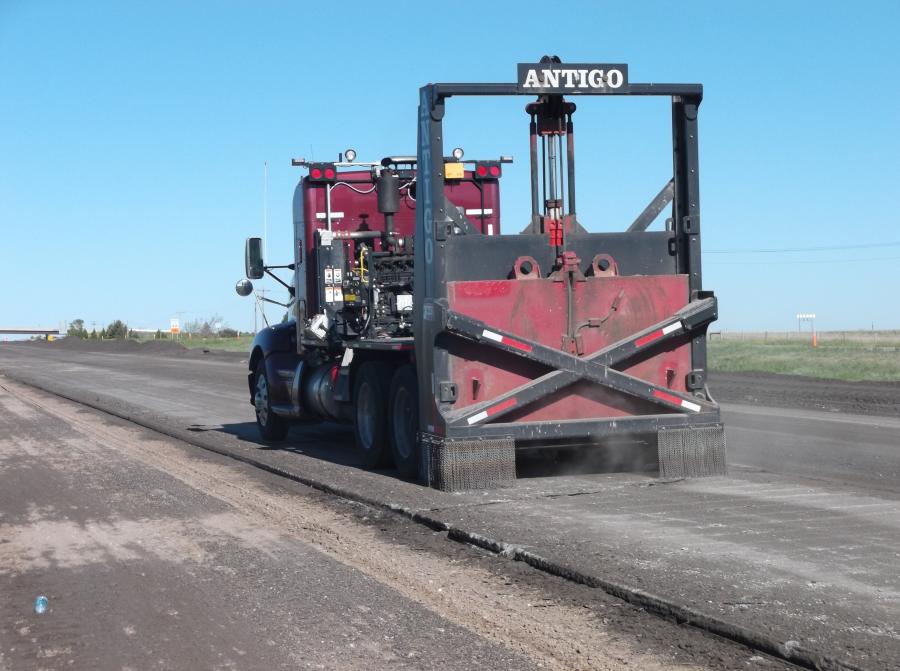 "The asphalt removed with the milling will be re-used as foundation course on the project," said Davidson. "The concrete below the asphalt removal will be stockpiled and recycled at a later date."

As mentioned, this project is occurring in a very rural part of Nebraska that is 300 mi. from Lincoln, 140 mi. from Cheyenne, Wyo., and 200 mi. from IHC's headquarters in Denver.

"We're in the middle of nowhere, but we've been working in this area for about the last eight years and we're getting to know the local Cat and John Deere dealers," said Davidson. "They realize the importance of providing good service. The nearest town, Scottsbluff, is about 120 miles away and we pull in some resources from there. As we work in more remote areas, we've gotten a lot better at doing repairs ourselves."

There are two IHC onsite mechanics and when the subcontractors are factored in, between six and eight.

"We do a lot of give and take and we've got good relationships with our subcontractors," said Davidson. "If they need help, we offer it and if we need help, they always offer it to us."

IHC takes maintenance seriously, with a detailed maintenance program that has all equipment brought into the shops for winter maintenance. Repairs are done rapidly in the field and service intervals are meticulously met.

"My division has [more than] 1,500 pieces of equipment and we're surveying each one in anticipation of the winter check-ups in January," said Davidson. "IHC is an extremely pro-active company with regards to maintenance. We always try to identify things before they go wrong. We have pieces that log a lot of hours and they still retain a lot of value because people know where they come from." 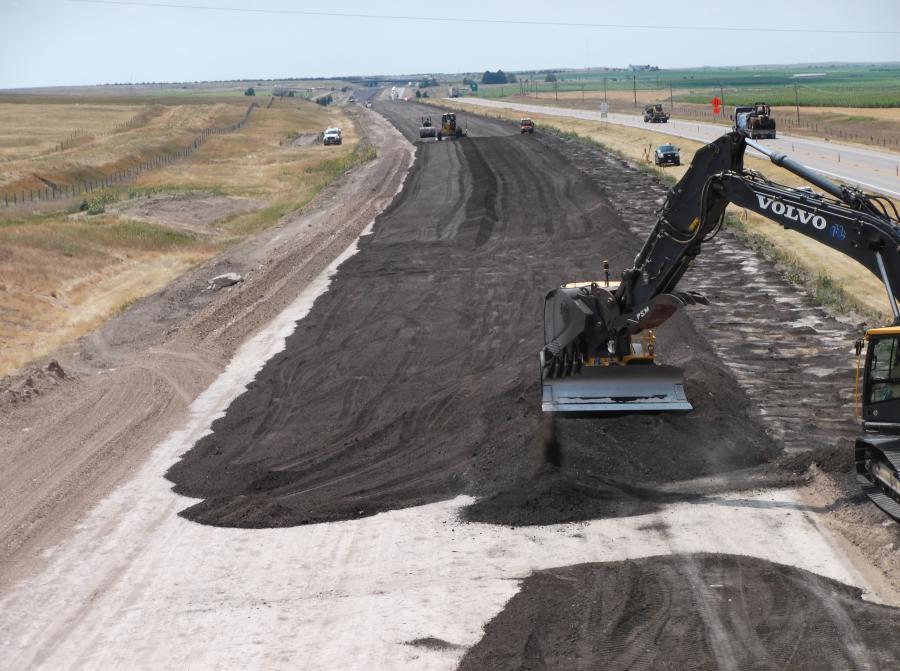 "We're a conservative and long-lasting company and we use every type of equipment and manufacturer, depending on what fits the need and the economics," said Davidson. "We use Cat, John Deere, Volvo, and Komatsu — you name it, we have it. We're one of the industry leaders in smoothness technology and we use Guntert & Zimmerman, CMI and Gomaco paving equipment. We pave full-width, 40 feet eight inches with the dowel bar inserter in a one pass operation for most interstates. We're one of the best in the nation and there are plenty of reports to verify that.

"For the last five years, 90 percent of our paving is done with string-less technology," he added, "and we have robotic total station survey equipment on our machines. We're getting better quality results because of it. I just finished a job in Chapel, Nebraska — 10 miles of highway, and we averaged around 50 on the International Roughness Index. This earned us a four to six percent bonus incentive from NDOT. I attribute a lot of it to our smoothness operations and licenses. DOTs and the public want the best and they keep raising the bar as contractors meet the expectation of the owner. And when they raise it, we meet it."

Thus far local dealerships have not been called in to assist, but Davidson anticipates needing their help as the project ramps up. CEG