Improvements to I-15 in Riverside Reach Halfway Mark 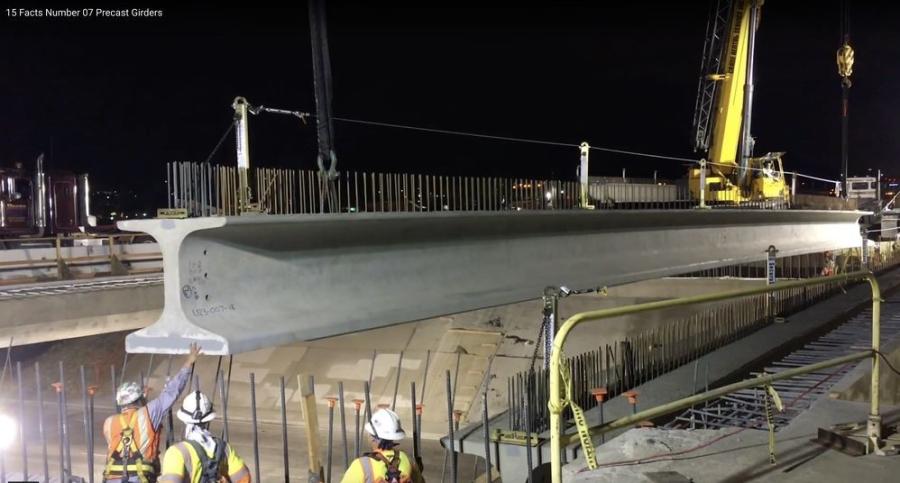 The widening of the Santa Ana River Bridge involves the use of the heaviest concrete girders that have ever been made in California. The girders are hauled in overnight, a process projected to take 10 to 12 weeks. (Riverside County Transportation Commission photo)

A $471 million project to widen I-15 in Riverside County, Calif., is about halfway complete. The design-build project will add two express lanes — toll roads — in both directions from Cajalco Road to SR 60, widen 11 bridges and add sound walls. 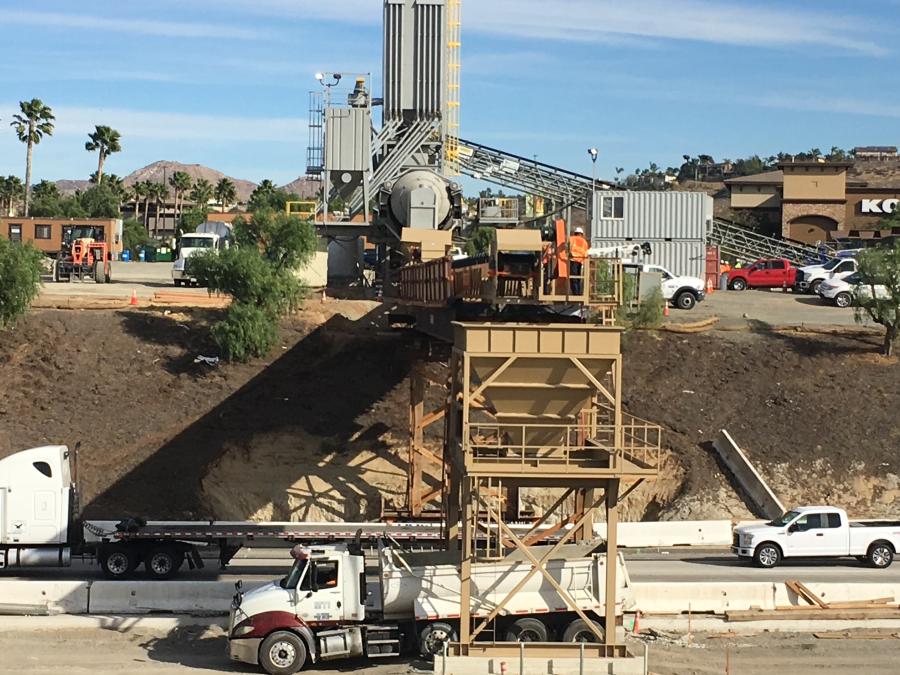 "It's a large project," said John Standiford, deputy executive director of the Riverside County Transportation Commission (RCTC). "It's about 15 mi. long, and unlike other projects where there is a limited right-of-way, it's being done in the existing highway within the median.

The main factor driving the project? Congestion. I-15 feeds I-91, the main corridor to Los Angeles.

"Riverside County is the fastest growing county in California," Standiford said. "There are new cities that are growing. A lot of people are moving to this area and unfortunately they have to commute. It's a very big corridor and becoming more so."

Plans for the project have been in the works for about a decade, but a $1.4 billion project to widen I-91 took priority. With that project complete, the I-15 project got underway in April 2018. It's slated for completion about this time next year.

Work on the project is progressing a bit differently than on other similar projects. In addition to the work in the median, which allows traffic to continue flowing, crews built an onsite concrete batch plant and conveyor belt. The system cuts back on the number of concrete trucks going back and forth to the project and eliminates the need for them to merge in and out of traffic. It's better for the environment and a "big safety improvement," Standiford said.

One of the biggest and most complex components of the project involves the widening of the 1,800-ft. Santa Ana River Bridge which spans a major wildlife crossing and watershed. The widening involves the use of precast concrete girders. The girders eliminate the need for a temporary support structure beneath the bridge and allow traffic to continue flowing. The girders are made with reinforced steel rods. 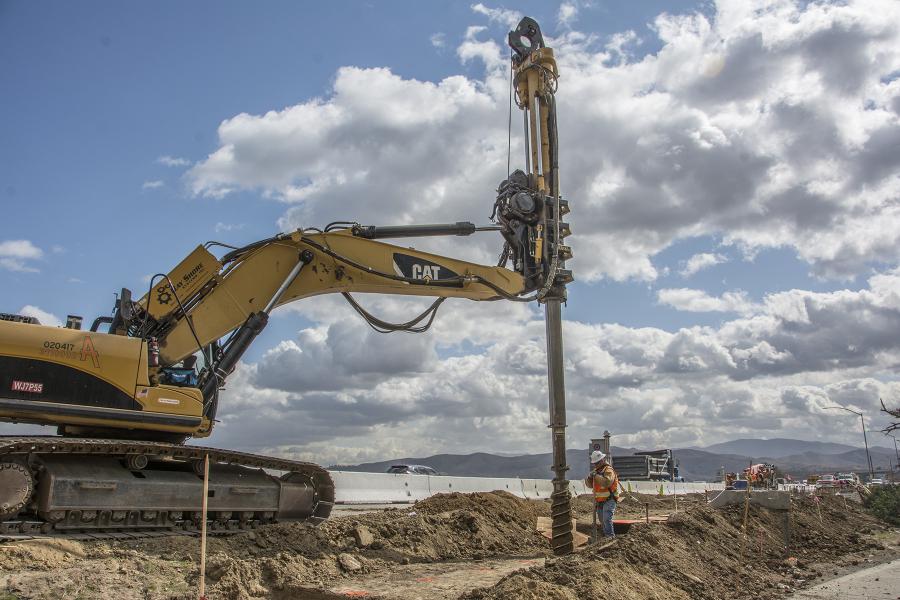 "As the concrete dries, the rods are pulled tight to give the newly formed girders strength to hold weight," according to a RCTC video on the project. "The rods act like hands pressing against a stack of books. Without putting pressure on both ends, the books will fall. When squeezed tightly from both ends, the stack becomes stronger and can hold its weight and more."

The project is being funded through a combination of federal and local sources. Federal funds have been provided by a Transportation Infrastructure Finance and Innovation Act loan, allocations from the Congestion Management Air Quality program and the Surface Transportation Block Grant program. Local funding is provided by Measure A, a voter-approved half-cent sales tax for transportation improvements in Riverside County.

The widening of the Santa Ana River Bridge involves the use of the heaviest concrete girders that have ever been made in California. The girders weigh in at more than 132 tons and measure 175 ft. long, 4 ft. wide and 7.5 ft. tall.

To get these girders, 55 in all, to the project site they are loaded onto trucks that have a 14-ft. wheel base and require the use of two lanes for travel. The trucks are escorted by four California Highway Patrol units from Oldcastle Infrastructure, Perris, Calif., where the girders are being made, to the job site during the overnight hours.

"It's exciting that Oldcastle Infrastructure is playing an important role in the construction of this regional project," said RCTC Commissioner and Perris Mayor Michael Vargas.

The journey is about 61 mi. and takes an average of three hours. The process, which began last month, will take 10 to 12 weeks to complete. CEG