As his landscaping business grew, Andy Mulder knew it was time to upgrade his machine to something bigger and more productive. Mulder, owner and operator of Mulder Maintenance and Services of Hebron, Ind., turned to his partner of four years, McCann Industries of Merrillville, Ind. 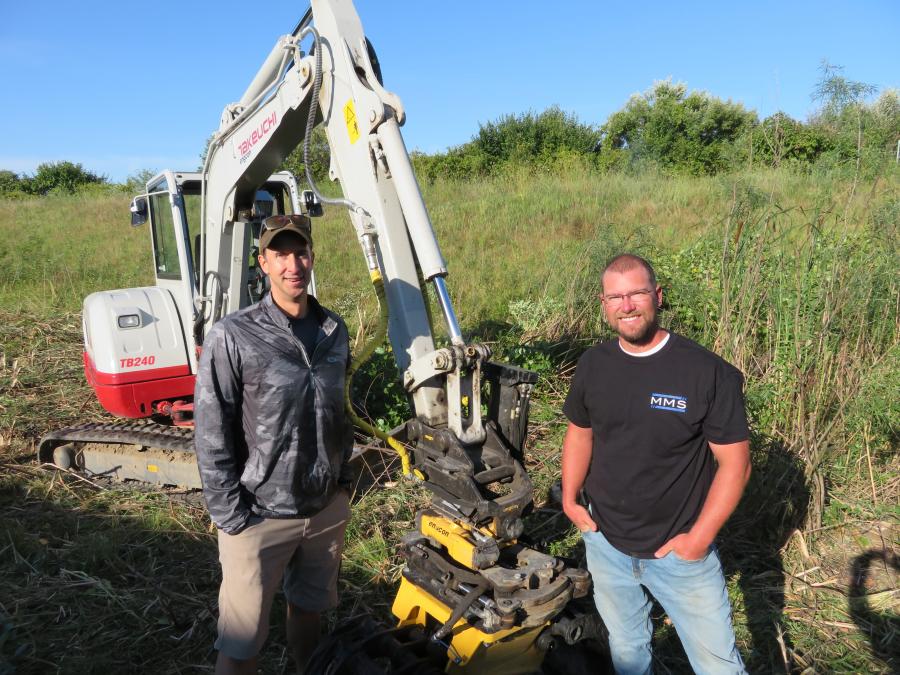 Now, it was time for Mulder to add the Engcon EC204 Tiltrotator to his lineup.

"We have purchased other machines from McCann Industries," said Mulder. "I went to them and told them I was really interested in the Engcon Tiltrotator. They went through the process of becoming an Engcon dealer and then getting it set up on my machine."

Engcon's EC204 Tiltrotator — sometimes described as "the ‘wrist' between the arm of the machine and the tool at the end" — was designed for 2- to 4-ton excavators. The device has a 45-degree tilt angle and can rotate 360 degrees. It can be fitted with an integrated grab and many other hydraulic attachments, along with any type of bucket, ripper or pallet forks.

The unit comes with hose, quick couplings and electrical installation kit. The top bracket makes the attachment adaptable to all machines. Engcon makes Tiltrotators for machines from 1.5 to 33 tons. 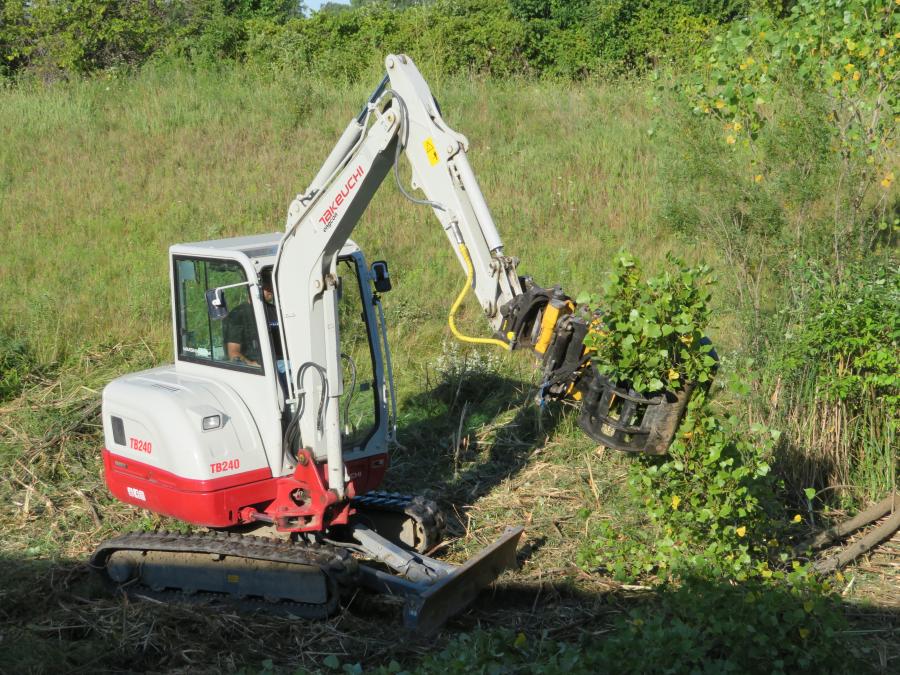 There also are several control systems to choose from, including Engcon's DC2 proportional control system. This allows stepless control, maximum precision and remote support through the company's mobile network.

"We've been using the Engcon Tiltrotator for almost a full season now and it's been a game changer for us," said Mulder.

Mulder used the Engcon EC204 attached to his Takeuchi TB240 mini-excavator with the sorting grapple, as well as his TL10V2 with Blue Diamond HD brush cutter, clearing brush at the new McCann Industries facility in Merrillville, Ind. The Tiltrotator made quick work of the job as it allowed Mulder to pick up brush and move it with just one motion, reducing labor and increasing efficiency.

"It has been a great experience to work with McCann and we hope to have a long-term partnership," said Mulder. "Revolutionary things are happening in our industry, and we want to keep on top of it. The Engcon Tiltrotator is just one example."

About Mulder Maintenance and Services

Founded in 2013, Mulder Maintenance and Services LLC is a family-owned and operated residential and commercial landscape business based in Northwest Indiana, serving surrounding communities. From the details of a 3-D design and the custom-building process to the finished space, the experience is friendly, professional and exciting.

McCann Industries Inc. is a family-owned business and market leader in equipment and construction supply sales. What started as a small concrete forms and accessories shop in 1967 has grown into a business with nine locations throughout the metro Chicago, Northern Indiana and Southwestern Michigan areas that represents more than 400 suppliers and manufacturers. CEG