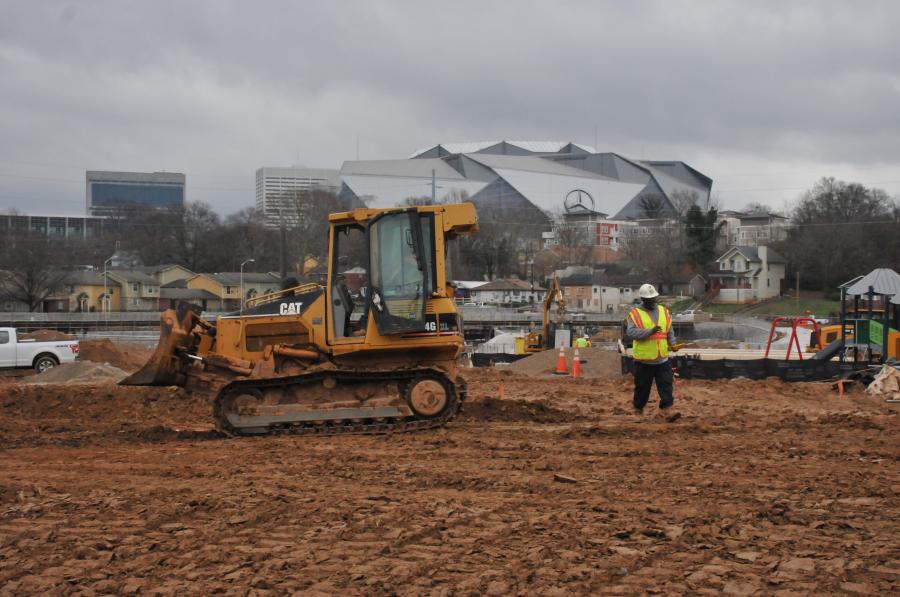 The project represents a strong collaborative effort between the city of Atlanta and various partners to help alleviate much of the flooding that seriously affected the Vine City neighborhood. Astra is installing new infrastructure that will help eliminate combined sewer overflows while preventing polluted storm water runoff from entering streams through innovative green infrastructure practices that will seamlessly integrate into the surrounding park. 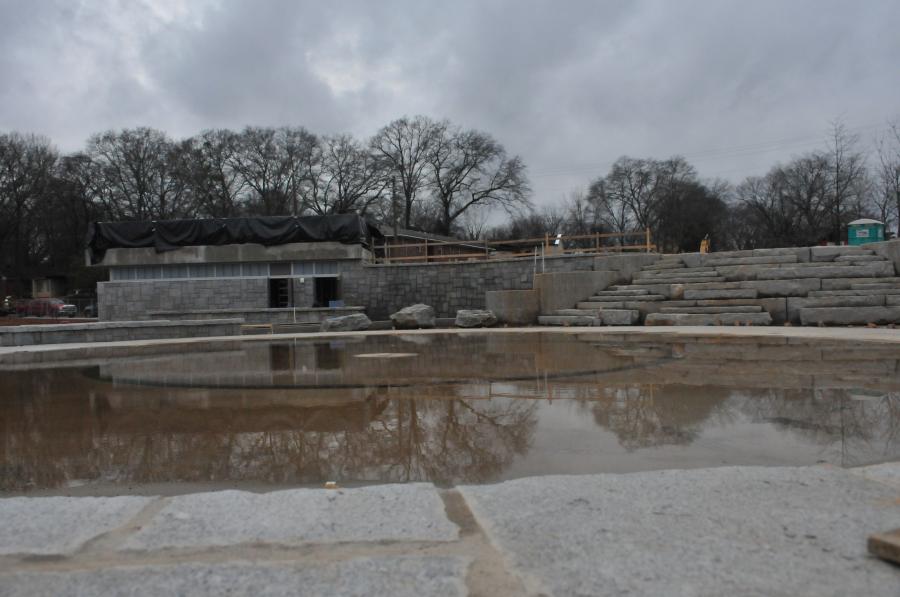 "Working with the COA and other partners, TPL is transforming 16 acres of abandoned and flood-prone land in a 16-acre park that will serve as a dynamic community open space in a historically rich neighborhood," said Jay Wozniak of TPL.

Through a separate agreement, TPL awarded Astra the contract to complete the construction of Rodney Cook Sr. Park on the west side of Atlanta.

A Construction Management at-Risk (CMAR) delivery system is being used to ensure regulatory compliance with permits and approved remediation plans. The DWM is working concurrently with TPL to build the park, while the National Monuments Foundation is scoped to raise funds for statues of historical figures connected to Vine City to be placed throughout the finished park.

"At TPL, our mission is to create parks and protect land for people, ensuring healthy, livable communities for generations to come," Wozniak said. "Every park, playground and public space we create is an open invitation to explore, wonder, discover and play." 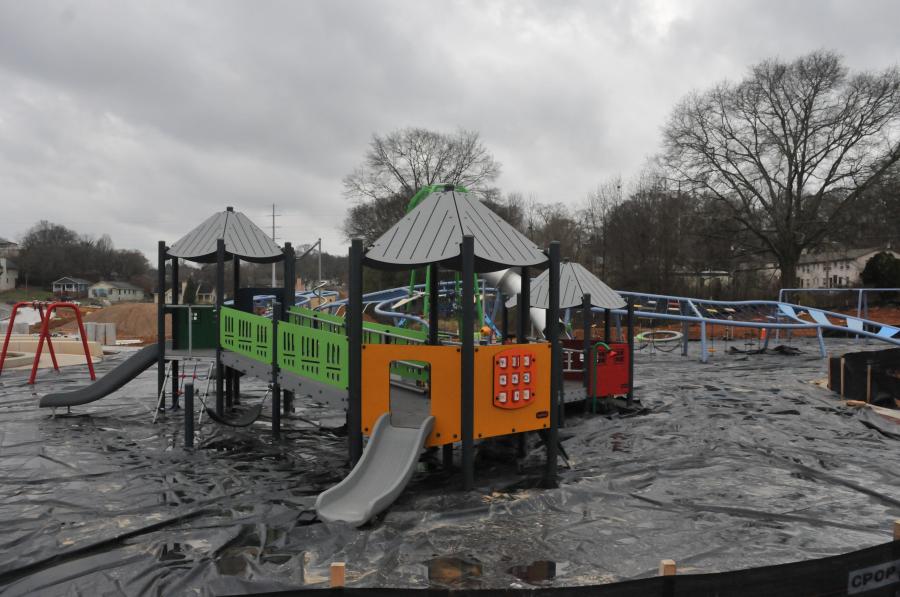 The $45 million project, which encompasses the Rodney Cook Sr. Park site, will open this summer and includes a playground, splash pad, picnic pavilion, performance plaza, courts for various sports activities and a fitness area. Plans also call for a boardwalk, terraced pools and an overlook. The park is named after Rodney Cook Sr., a former state representative from Atlanta who strived to heal racial divides. It also recognizes Atlanta's role as the birthplace of the Civil Rights Movement.

The expected lifespan of the new infrastructure is 100 years. In addition to improving water quality by filtering runoff of sediment and pollutants from the storm water, it will capture storm water for reuse during periods of low precipitation.

A major challenge was the bypass of the 108-in. combined brick sewer system that ran through the middle of the site. A new 96-in. reinforced concrete pipe (RCP) was designed and constructed to tie into the existing combined sewer system at the east and north edges of the project. To reduce costs and eliminate the need for bypass pumping, Astra-Rohadfox constructed doghouse manholes to allow the existing flow to continue unabated while the new line was tied into the system.

The design and engineering aspects of the project are closely related to the construction.

"We encountered contaminated soils that had to be removed, in addition to utility transmission lines that had to be relocated," said Tracy Lettsome-McNeill, Astra's project manager. "A high-pressure gas regulator system was also required to be moved."

The project is located at a low point of the surrounding area, and the water table is high, which meant that soil conditions were not ideal for construction.

"From a construction viewpoint, the challenge involved several different trades performing different tasks to get it completed, working below the water table, laying the pipe 25 ft. deep and working around utilities and an apartment complex," said Geory Cox, Astra superintendent. "This took several meetings for coordination, with all the subcontractors' de-watering pumps running continuously." 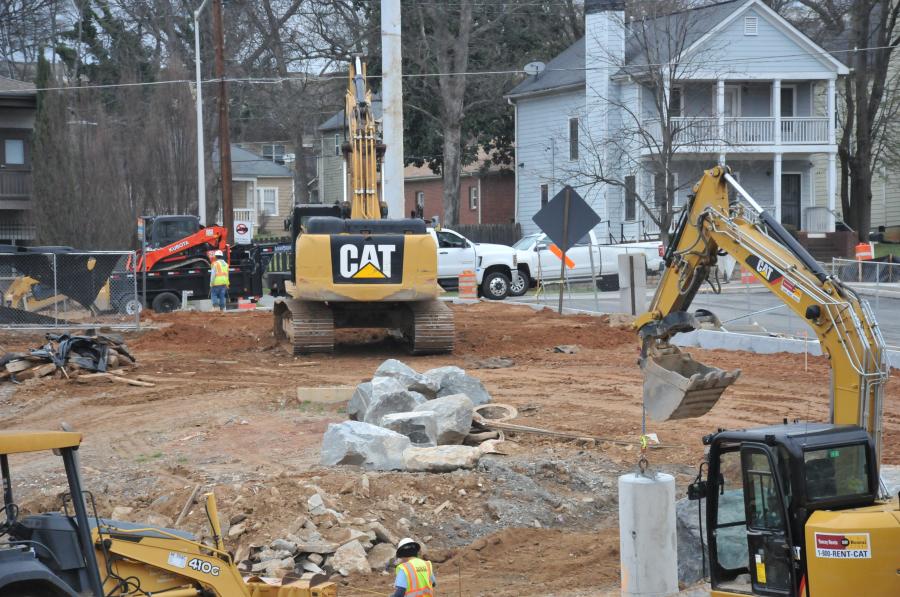 Astra-Rohadfox performed de-watering operations almost throughout the duration of the entire project, as groundwater was an ongoing concern. Graded aggregate piers and helical piles were used extensively to support many of the retaining walls and junction boxes.

To date, the Astra-Rohadfox team has completed the following elements: soil remediation of the site; the installation of water, sewer and storm lines on Elm, Thurmond and Maple streets; re-routing the 96-in. combined sewer line; tie-in of the 48-in. storm line from the Georgia World Congress Center; and the construction of fountain features, walls, bridge superstructure foundations and columns, structural walls, storm drains and grading. The remainder of the work will focus on sidewalks, site finishes, landscaping, pond finishes and paving.

The functional utility components enhance system operational efficiency and reliability, reduce the frequency and cost of corrective and emergency maintenance, provide essential capacity relief to the Beckwith combined sewer trunk and decrease the frequency and magnitude of flooding in the vicinity of the Upper Proctor Creek Capacity Relief project.

"The lessons learned through this project included conducting field walks to identify and investigate potential utility conflicts not identified on plan drawings," Lettsome-McNeill stated. "We've been able to identify and determine constructability conflicts ahead of scheduling work to begin. The nature of the issue determined how quickly the challenges could be resolved. The city encouraged open communication to resolve issues once they were presented."

All requirements for deliveries of materials and removal of debris are the responsibility of the CMAR. Astra-Rohadfox has been fortunate to have sufficient space to store materials and equipment and set up offices at the project site.

Upon completion, Astra-Rohadfox crews expect to remove 40,000 tons of earth and rock and 30 tons of concrete as well as adding 1,100 LF of watermain, about 4,000 LF of storm water pipe and approximately 2,400 LF of sanitary pipe. 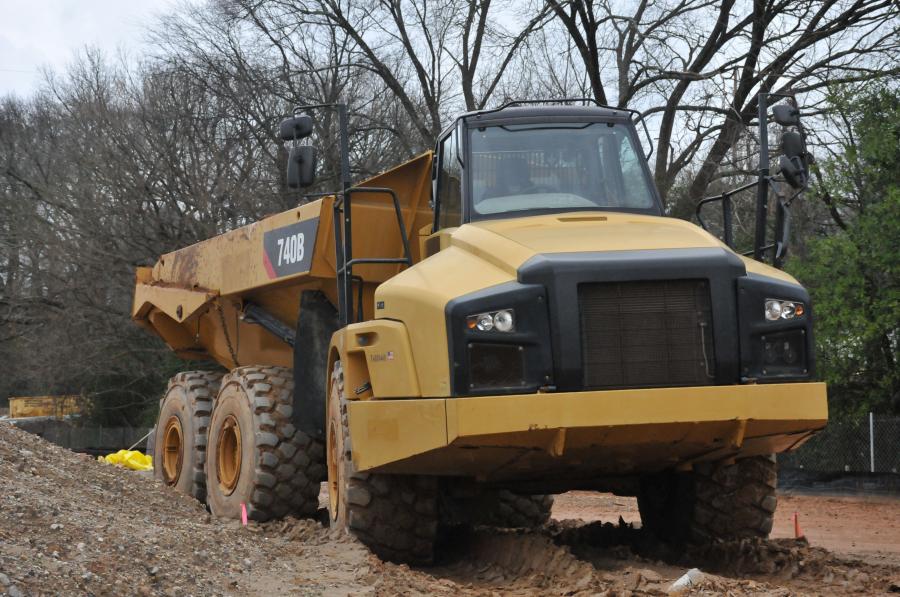 "The material removed was not used on site and will not be used on any other Astra projects," Lettsome-McNeill said. "The infill, or material brought in, was recycled and came from a structured parking project at the historic Grant Park."

Throughout this project Astra-Rohadfox has utilized the services of several subcontractors such as Astra Grading & Pipe for remediation; New Gen Construction for structural concrete walls, stairs, foundations, columns and boardwalk; International Pools for hardscapes, fountain features and channels; BB&H for electrical; R.F. Knox for handrails and guardrails; Atlanta Paving & Concrete for paving; and Ed Castro Landscaping for landscaping.

"Repairs are done rapidly since Astra has a mechanic on staff who is responsible for visiting our job site depending on equipment repair needs," Lettsome-McNeill said.

Astra purchases and rents equipment from Georgia dealerships such as Yancey in Austell, Komatsu in Kennesaw, United Rental in Forest Park and Flint Equipment for John Deere machinery.

"This project could not have been possible without the residents of Vine City, generous philanthropic donors and the city of Atlanta," Wozniak said. "This partnership and its holistic approach are key in bringing the entire Rodney Cook Sr. Park in historic Vine City project to life." CEG