Construction of the future 630-foot high observation wheel has hit what appears to be a potential snag. 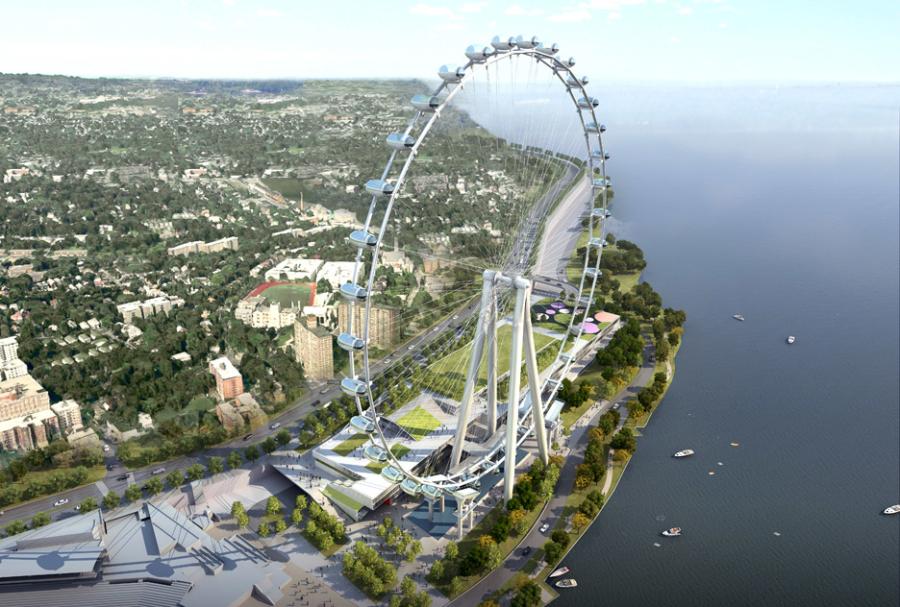 A snag in the construction of the future 630-foot high observation wheel could potentially hinder the project. (www.dezeen.com photo)

STATEN ISLAND, N.Y. -- While the city Buildings Department has reported a minor issue with the legs of the NY Wheel, a source says the problem can potentially hinder the project.

Construction of the future 630-foot high observation wheel in St. George has hit what appears to be a potential snag because some of the "welds are bad" on the NY Wheel legs that were crafted in Italy, according to a construction source with knowledge of the project.

"I know they were supposed to be putting those legs up already and they aren't," the source said. "It sounds like just from following what's going on that they are going to be three months behind."

However, a NY Wheel spokesperson said the construction glitch will not delay the Wheel's target opening date.

The legs, which arrived at Brooklyn Marine terminal last fall, are the next step in erecting the giant wheel, according to information previously provided to the Advance by the NY Wheel.

The issue involved less than 10 welds, of which the largest was a few inches long, according to the Buildings Department. The legs consist of thousands of welds.

The department issued the following statement:

"DOB (Department of Buildings) requires special inspections for the Wheel and other large, metal-frame structures under construction. The special inspector identified a minor problem with a weld that the Wheel properly reported to DOB and is in the process of fixing. It's not uncommon for special inspectors to spot small issues like this and it demonstrates that the city's quality-control process for construction projects is working exactly as it should."

The cost for the legs and installation was previously calculated to be roughly $15 million of the $580 million project, which is scheduled to open in April 2018.

When asked about the weld issue and how it may hinder construction, a NY Wheel spokesperson said:

Recent work at the site has involved the terminal building, where ticketing, photos, merchandise and concessions will be housed, said a spokeswoman.

Crews most recently installed a curtain wall, which will have a terracotta-like exterior to keep rain out, elevators and plumbing, she said.

In addition, crews completed the foundation for the outdoor beer garden and the green roof, said the NY Wheel spokeswoman.