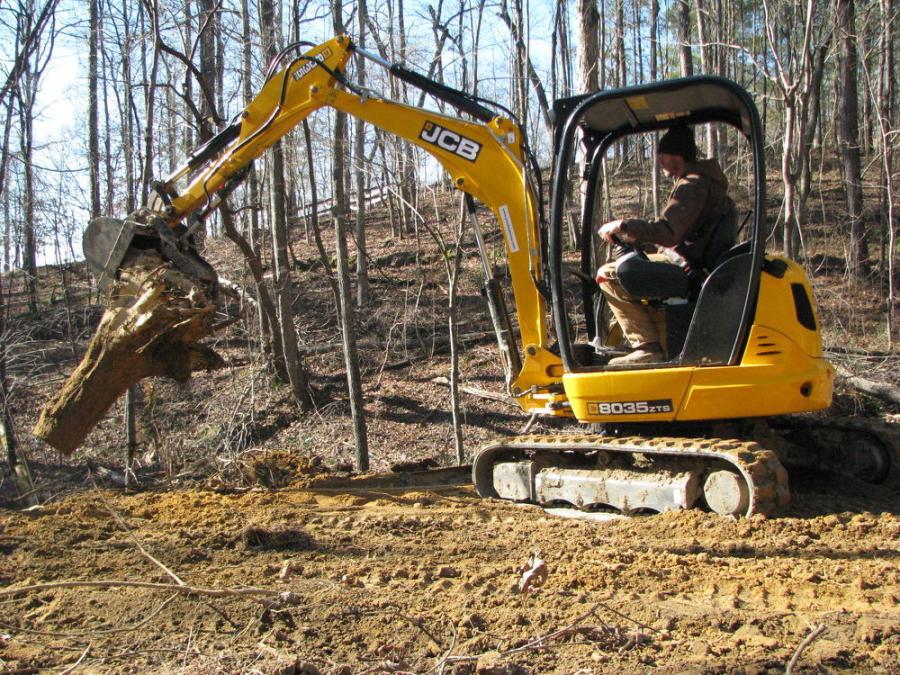 Patrick McAlister, owner of McAlister Grading Company in the Birmingham, Ala., suburb of Vestavia Hills, said that since he was a kid, he's been obsessed with heavy equipment.

He fueled his obsession by working on a construction site while earning his bachelor's degree at Auburn. After college, he built houses in Birmingham. When he got married, his wife encouraged him to follow this passion and start his own business.

That was the start of McAlister Grading Company.

“It all started with me and a rental machine just over four years ago, and work has pretty much doubled every year since. We've been fortunate,” said McAlister.

The company now specializes in grading, excavation and demolition primarily for the residential market and some commercial projects, traditionally in the role of subcontractor for most of their projects.

At the core of the company, and the reason this endeavor started and flourished, are leased and purchased JCB machines from local JCB dealer, JCB of Alabama.

This small company, though less than five years old, is growing rapidly. Its fleet currently consists of three excavators (a 48Z, 85Z and JS 131, respectively), a JCB 320T compact track loader — all owned by McAlister Grading — and several rentals. All of these machines are from JCB of Alabama.

“My first exposure to the JCB line was when the owner, Mark Long [of JCB of Alabama], set me up with a JCB 8045 mini-excavator on a rental,” McAlister said. “Shortly thereafter, we purchased a JCB 85Z excavator, and every year since, we've added another JCB machine to our fleet. As a matter of fact, soon after the purchase of the 85Z was when we added the JCB 320T compact track loader.

“What impressed me was their service and the fact that the JCB products economically fell into the price range where I didn't feel like I was overextending myself on the price,” McAlister added. “I was impressed with the new generation products from JCB and the ergonomics of the machines were great. For my purposes, the size of the 85Z excavator is compact enough for small residential projects but has the ability to do larger-sized projects as well. The same holds true for the JCB 131 excavator I purchased. I looked at 160 and 200 class machines, but these machines were a bit too big to cover our entire spectrum of work. This 131 has big power with extreme versatility.” 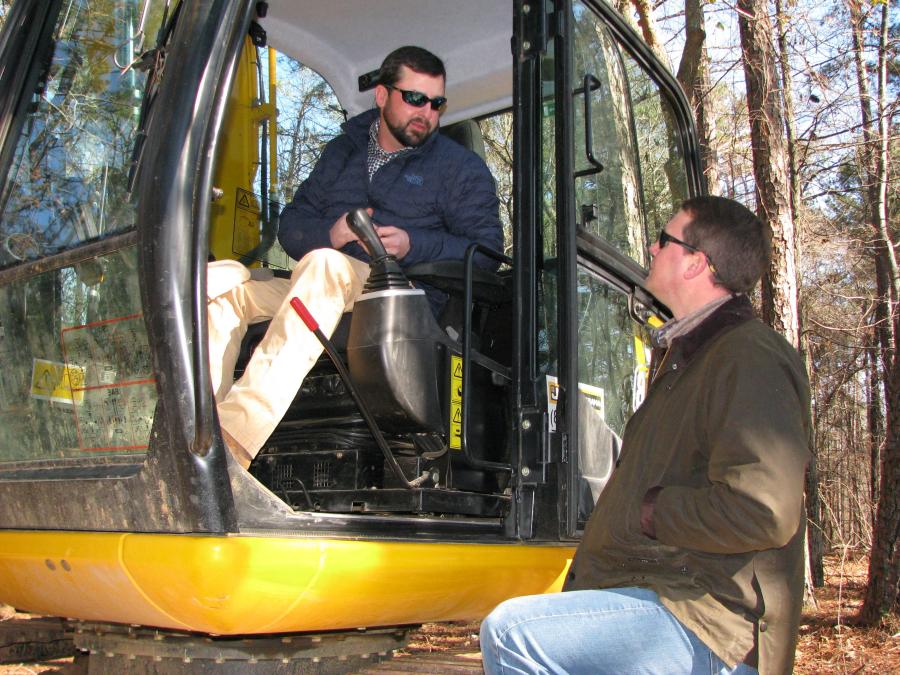 McAlister said he's been working with Mark Long and Mark McCarty ever since he started his business and has relied on their company for all of his service work. He stated that their service staff is readily available and can have him back and running in a shorter amount of time than if he had his own personnel perform the work themselves.

“It's been a very good relationship,” McAlister said, “I remember one day we had a shattered windshield on one of the JCB machines. We called JCB of Alabama around 5 p.m. and they had the windshield replaced by 7:30 the next morning before a rainstorm came through. That's service.”

The overall assessment of the machines by McAlister includes great fuel economy compared to others he had run prior to starting his own business. Additionally, McAlister finds JCB machines to be easy to maintain and generally very versatile.

“They're easy to get service for and the parts are readily available,” McAlister said. “But mainly, they have a sized machine that fits every aspect of what we do without having to buy multiple machines. One JCB machine can do a broad range of work for us.

“The purchase process has always been easy,” McAlister added. “I asked what the price was on my first JCB machine, signed some papers and ended up purchasing on the spot. Now anytime I need something I just call them up and tell them what I want, they order it, I'm done.”

The operator comfort also has been great for McAlister. He and his crew are all machine operators and have all been impressed with the cab size. And the visibility, especially with the compact track loader, has been a huge hit as well.

“Sales and support staff for JCB of Alabama have been great,” McAlister said. “There are times when I'm stretched thin and need a machine to complete a job; if they have it, they'll send it or I'll go pick it up right away. They're always available, and their mechanics are answering our calls on the weekends.”

“We had a demolition one time that was on a tiny lot,” he said. “Large platform machines could never get to the house. Our JCB 85 got in and tore down the house, the footings and foundation without encroaching on the neighbors' properties or swinging into the trees or other houses.” 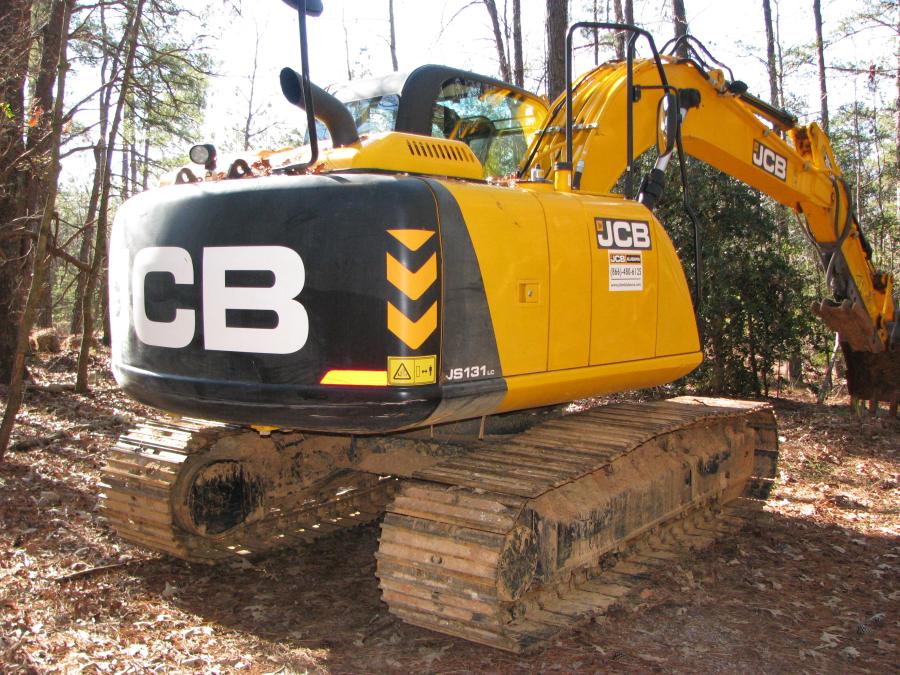 JCB technologies that impressed McAlister include the JCB 131 excavator. He was pleased to discover that although it is a new machine, it does not require diesel exhaust fluid and does not have a particulate filter.

“Other competitive machines that I priced out required one or the other,” he said. “I think the savings and not having something more to be concerned about, without compromising performance, was a win-win.”

About JCB of Alabama, McAlister said, “They're probably the most dependable I've dealt with. There's always service after the sale. They don't keep you hanging. They always check in to make sure everything is good and see if we need anything. They're readily available anytime day-or-night. They seem to be more interested in seeing your business grow than trying to simply sell a machine, and certainly not to upsell you on something you don't need, which is one reason I continue to do business with them.

“I've been to the JCB plant in Savannah, Ga., and I've met with some of the regional guys when they've been in town. They're very knowledgeable and ask for my feedback about the machines. I feel like JCB is really in tune with their customers' needs,” McAlister added.