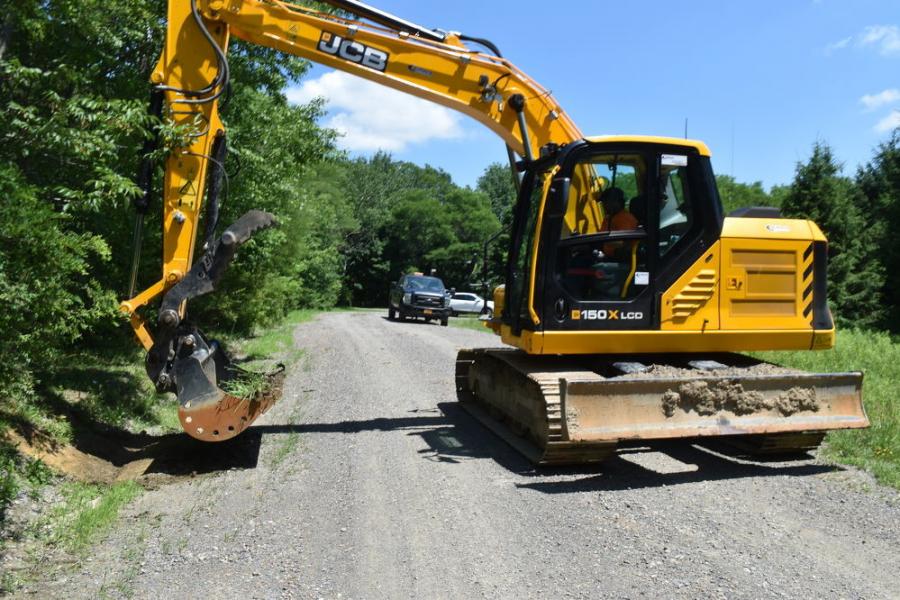 The first JCB 150X Tier IV Final excavator delivered in North America is now being put through its paces in the town of Plymouth, N.Y.

Recently, the town of Plymouth in Chenango County, N.Y., not far from Norwich, N.Y., took possession of the very first JCB model 150X Tier IV Final excavator to be delivered in North America.

Powered by the JCB EcoMax engine, these new excavators boast an enhanced operator environment with a 15 percent larger cab; ease of operation; great efficiencies; ground level access to key service inspection areas; and performance enhancements that have increased the overall capacities of the excavator, according to the manufacturer. 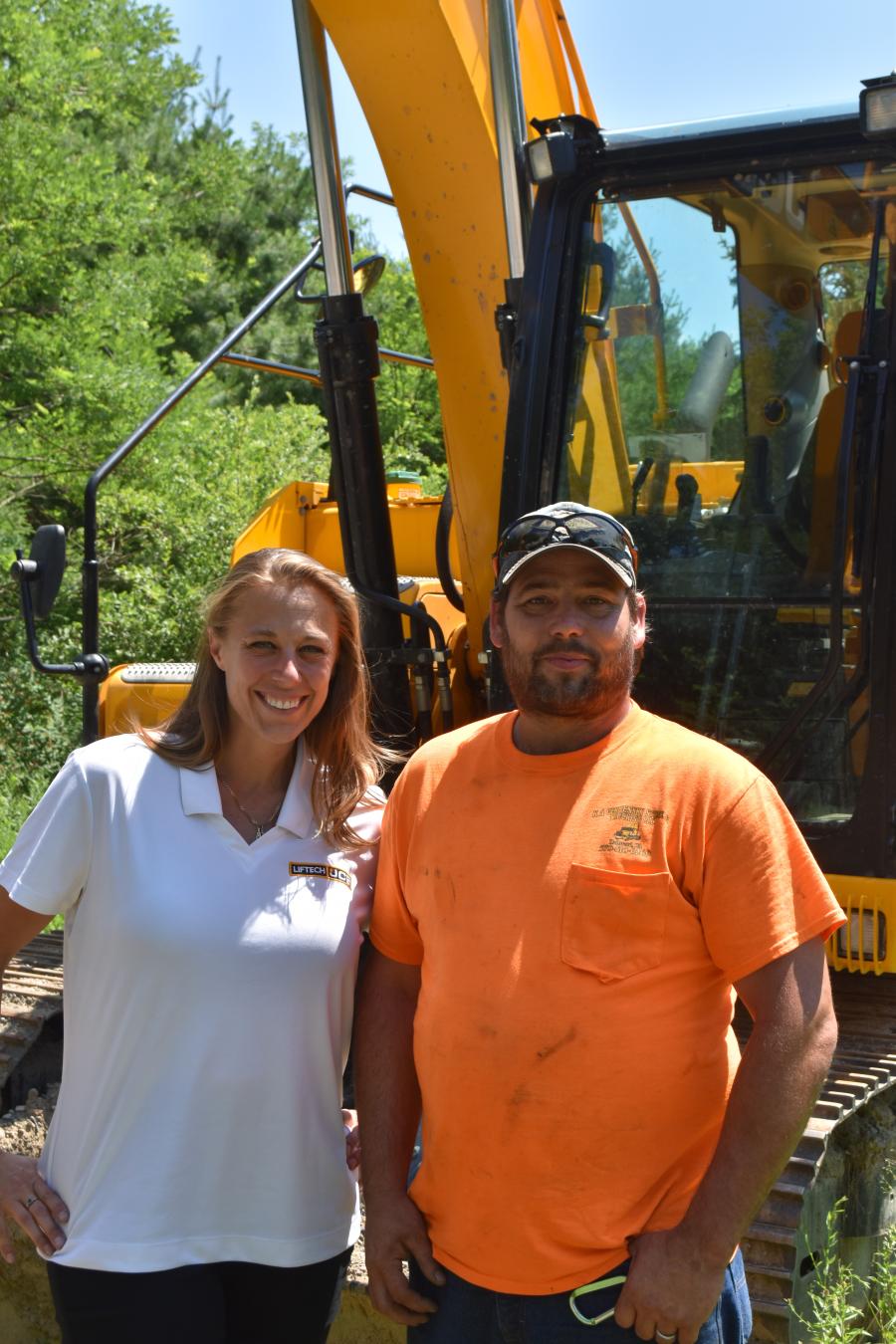 Town of Plymouth Highway Superintendent Rodney Oakley said his decision to go with the JCB was all about the engine.

Before his career at the highway department, Oakley came from an over-the-road trucking company and had really come to know the ins and outs of diesel engines. The one thing that he knew for sure was that he wanted to avoid DPF (diesel particulate filter) if at all possible, and the new Tier IV Final EcoMax engine in the 38,000-lb. JCB 150X offered him that.

"DPF filters typically require a shutdown with regeneration. That's a lot of excessive heat that's generated and an interruption in your workday. It can also create a very dangerous situation."

According to JCB, EcoMax offers a number of other advantages, including high torque at low engine speed that puts power where you need it most; higher fuel economy; and reduced operating costs with 500 hours of standard oil service intervals.

Above and beyond the advantages of the JCB engine, JCB also has made advancements in the excavator cab, including HVAC with twice the performance.

The town of Plymouth was able to make this purchase off of Sourcewell, which made the purchase process bid-free.

"The machine has more than met our expectations as well as the service and support from Liftech JCB and their sales representative Jeri Lynn Kocak," said Oakley. "We've received excellent training on the use of the machine and anytime we have needed any type of part or support, Liftech JCB has been right here for us."

The JCB replaced a comparable sized older excavator for the town of Plymouth, and the operators were quick to notice a tremendous increase in breakout force.

"We can move a whole lot more dirt a lot faster. The cab is incredibly comfortable and the difference in the amount of fuel that we are burning was very surprising. The Tier IV engine is extremely efficient." 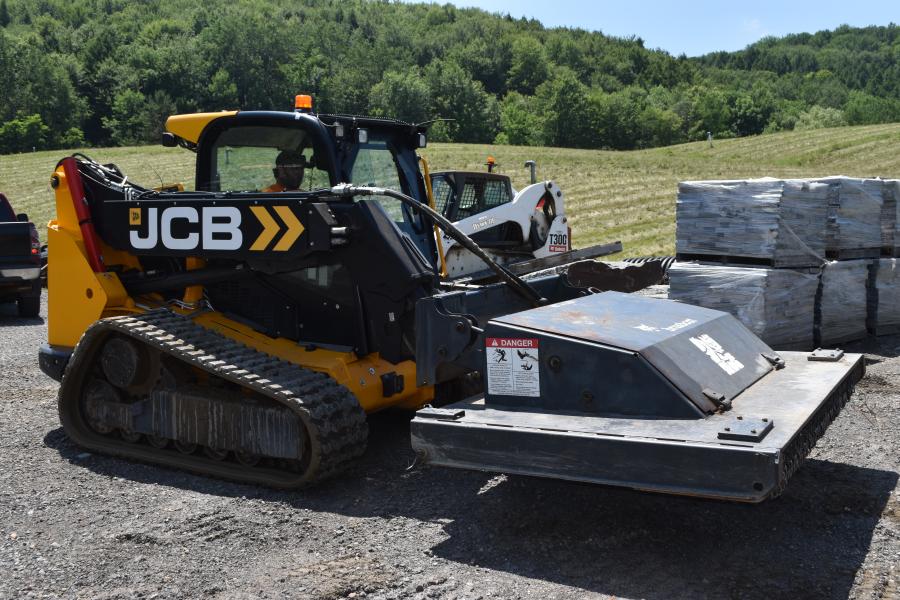 Instead of going traditional, the town purchased a JCB Teleskid, a hybrid combination of a telehandler and a tracked skid steer. This unique machine manufactured only by JCB allows the user to do everything that they would normally do with a tracked skid steer, but adds a maximum lift height of more than 13 ft. and a forward reach of 8 ft., according to the manufacturer.

"The new Teleskid has really changed the way we do some things. With 13 feet of reach, we now use it for loading trucks. The tracks have made mowing the steep slopes of the landfill more efficient than ever before," Oakley said.

"There are so many different things that we can do that we are finding new things to do with it every day. Certainly, cleaning up around the yard is much easier. The machine is very quiet, it has very tight controls and it is incredibly powerful. It also has speed settings that can be locked in which comes in very handy when mowing the landfill."