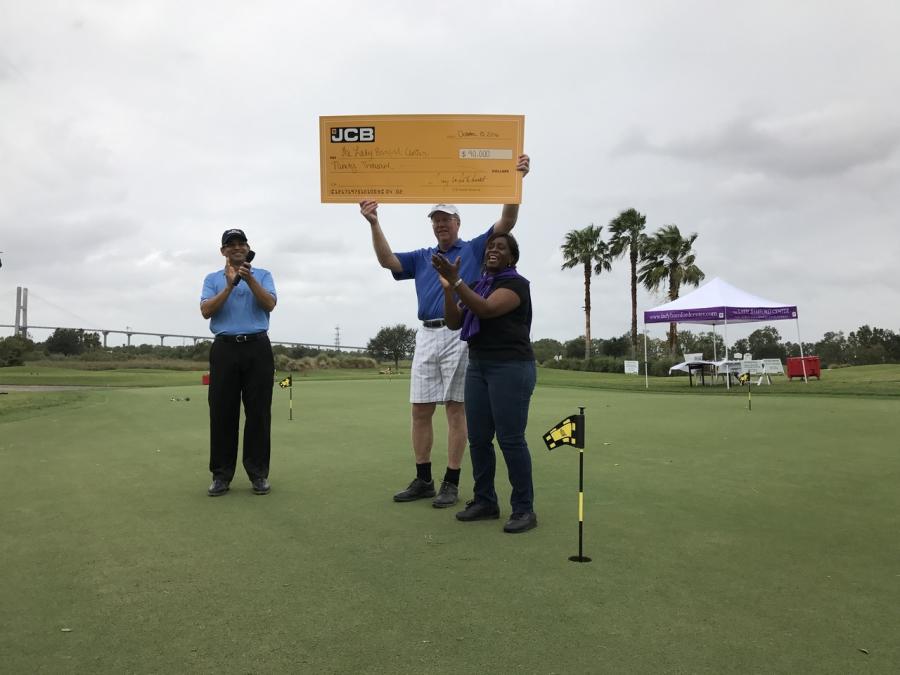 “Supporting nonprofit organizations and giving back to the communities where we work and live has always been of upmost importance to JCB,” said Arjun Mirdha, president and CEO of JCB North America. “We're very passionate about the early childhood development program at the Lady Bamford Center, and we look forward to this fundraising event every year.”

Established in 2007 by Lady Carole Bamford, wife of JCB owner Lord Anthony Bamford, the Lady Bamford Center is a partnership between JCB, the city of Savannah, Wesley Community Centers and the United Way of the Coastal Empire. The center provides education and social skills development to 83 local children from six weeks to four years of age with demand that has grown to a waiting list of more than 100 children.

Located at 1410 Richards St. in West Savannah, the center offers priority admission to children from homeless and low-income families, as well as children with physical, mental or emotional challenges. Its interactive curriculum prepares young children for kindergarten and elementary school to help them compete academically with other children. The Lady Bamford Center is accredited by the National Association for the Education of Young Children (NAEYC). Fewer than eight percent of all early childhood centers in the United States receive this prestigious honor.

“This was a remarkable year for the annual golf tournament. Not only did it mark the tenth consecutive year of this fundraising event, but we were able to raise more money than ever before,” said Tony Whitehurst, tournament chairman and general manager of JCB Finance. “The event's success each year would not be possible without the support and dedication of our suppliers and dealers. We look forward to another decade of successful golf tournaments that will help the children of The Lady Bamford Center get a head start on their educations.”

In addition to the golf tournament, JCB hosts an annual MudFest fundraising event that also benefits the Lady Bamford Center. Held each June, the JCB MudFest features a 5-mile run in the mud and over obstacles built around JCB North America's headquarters in Savannah, Ga. Together, the events serve to raise $200,000 annually, with all funds going to support the mission of the center. For more information, visit www.jcbna.com.