Jersey Shore Boardwalks Could Be Called Roads to Qualify for Repairs 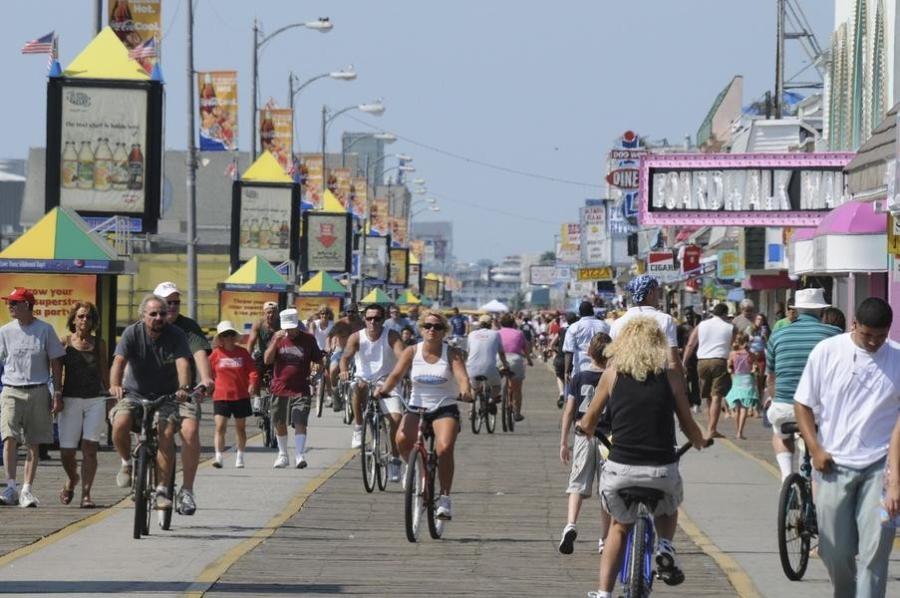 WILDWOOD, N.J. (AP) Boardwalks at the New Jersey shore could be reclassified as roads as part of a plan to redirect funds to repair them under a plan some state lawmakers are pushing.

The measure is aimed primarily at the famous Wildwood boardwalk, which is badly in need of repairs. But it also would apply to similar structures throughout a state known for them.

Democratic Gov. Phil Murphy vetoed legislation that would have directed special funding to fix the Wildwood boardwalk this year.

The bill would make boardwalks eligible for funding from the state's Transportation Trust Fund, which is used to fix roads, allocating $40 million over 10 years.

Wildwood and state officials inspected the underside of the boardwalk Sept. 17 and saw pieces of its concrete support deck crumble to the touch.

"This funding is a crucial investment in one of New Jersey's top tourism-related economic generators," said state Sen. Rob Andrzejczak, one of the Democratic sponsors of the bill. "The Wildwood Boardwalk is a historic attraction that serves as the backbone of the community and the region. It is a prime attraction that supports economic activity and the quality of life for residents and visitors."

It's also in bad shape. Like many aging boardwalks along the shore — supported by concrete and steel constantly exposed to salt water and persistent moisture — it has deteriorated.

The city of Wildwood recently had to divert its famous boardwalk trams away from the worst area, fearing the weight of the cars could collapse spots.

Murphy vetoed Andrzejczak's bill, which would have allocated $4 million annually for 15 years to repair the Wildwood boardwalk and also would have cut $4 million in emergency funding for the work from the state budget.

Matthew Saidel, a spokesman for Murphy, said the governor "issued the veto because the legislature failed to appropriate the funds necessary for this bill in the budget."

He declined to comment on the new funding proposal.

Wildwood officials did not immediately respond to requests for comment.