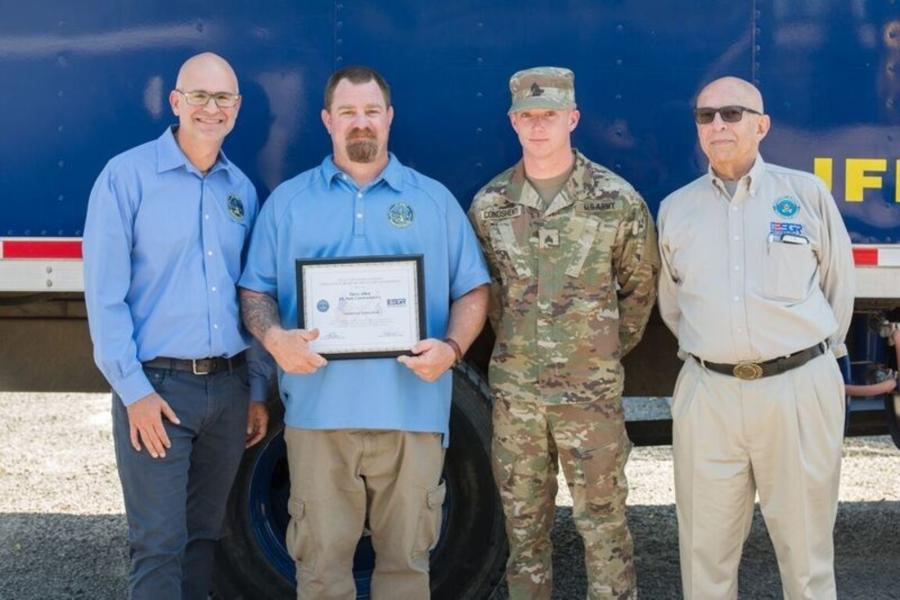 J.F. Kiely Construction Co. is honored to announce supervisor Steven Allen as the recipient of the 2017 Employer Support of the Guard and Reserve (ESGR's) Patriot Award. Announced in a ceremony held at the company's annual employee appreciation picnic in Egg Harbor Township, N.J., Mr. Allen was awarded a certificate in the presence of service people and team members of J.F. Kiely Construction Co.

ESGR, a Department of Defense program, was established in 1972 to promote cooperation and understanding between Reserve Component Service Members and their civilian employees to assist in the resolution of conflicts arising from an employee's military commitment. For 45 years, ESGR fosters a culture in which all team members support and value the employment and military service of members of the National Guard and Reserve in the United States.

The ESGR Patriot Award is granted to a service person serving in the National Guard or Reserve, or the spouse of a Guard or Reserve member, and reflects the efforts made to support citizen warriors through a wide-range of measures including flexible schedules, time off prior to and after deployment, caring for families, and granting leaves of absence if needed. Mr. Allen was nominated for the Patriot Award by U.W.U.A. Local 409 team member and U.S. Army Sergeant, Alex Conoshenti.

"We encourage and support all of our team members to become community helpers – caring for people, sharing experiences and valuing their relationships with others," said John M. Kiely, president of the Kiely Family of Companies. "We are honored to have Mr. Allen as part of our family, and will continue to support our country's service men and women," Kiely continued.