Plain and simple: The Joey Martin Auctioneers sale in Blairsville, Ga., on Saturday, Oct. 26 became a mud pit from days and days of heavy rain in North Georgia. But the "show always goes on" and the sale was a HUGE success.

Despite the windy and rainy conditions, attendees continued to flow in all morning to register for bidding and by visual estimates. Approximately 500 people were on site and the auctioning process transitioned to an "under the big top tent" sale. Folks from all over the Southeast turned out for some fast-paced bidding while the internet bidding was red hot. CEG 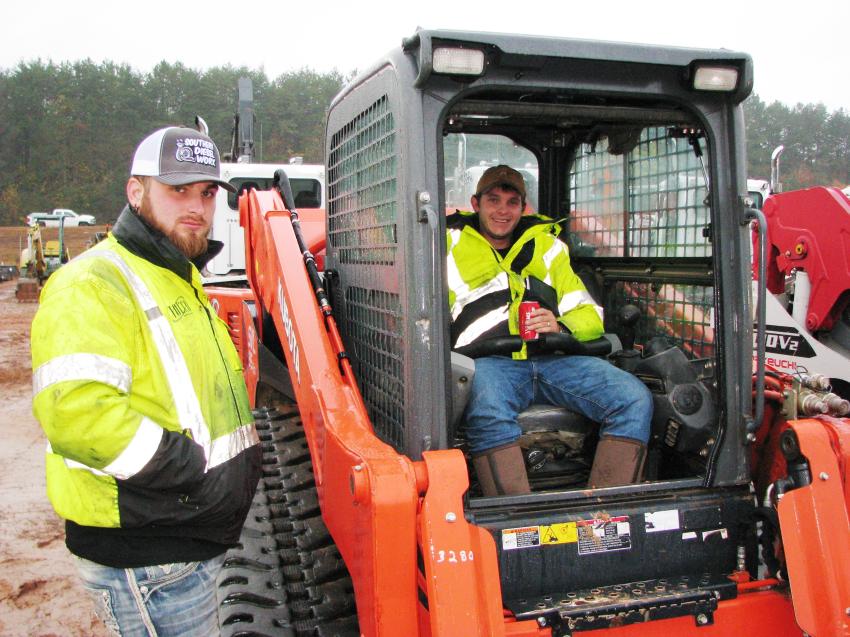 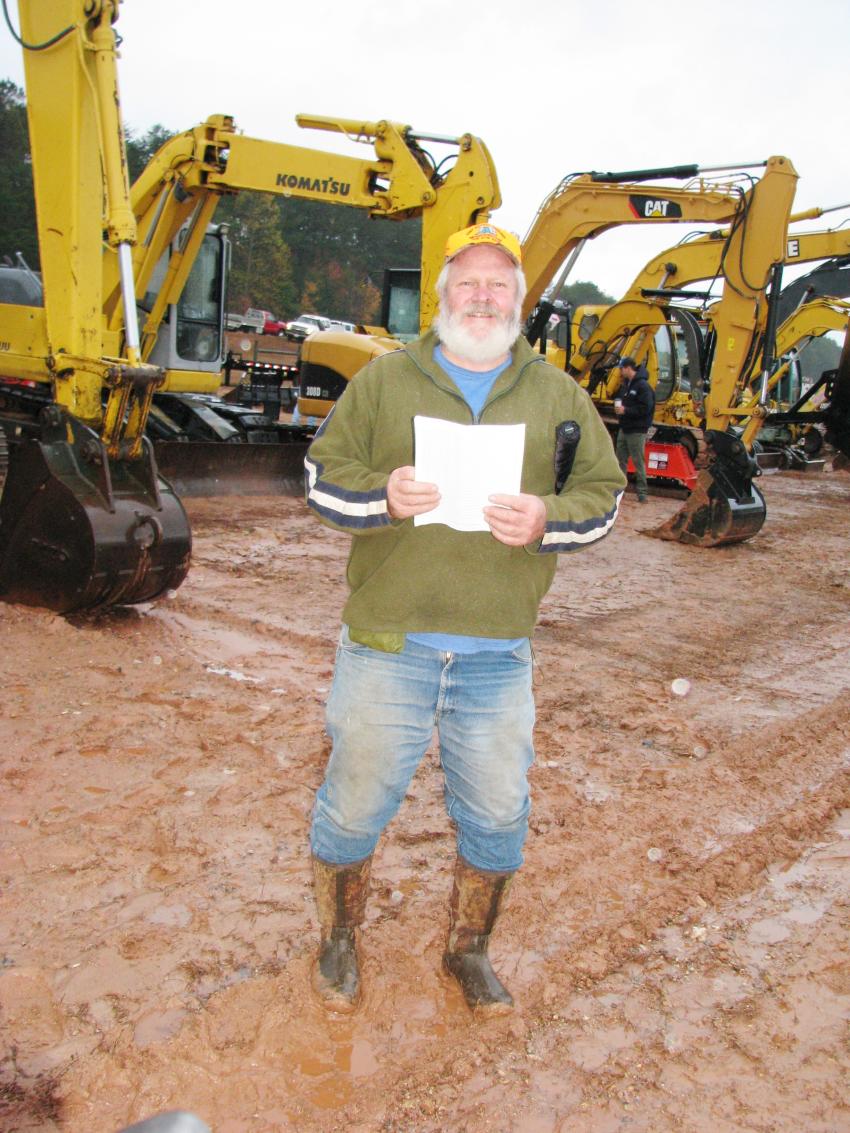 Masonry contractor Eston Cantrell of Just Rockin’ Around, Cherry Log, Ga., buys and sells equipment at the Joey Martin auction when they come to Blairsville, Ga., and says he attends every sale. 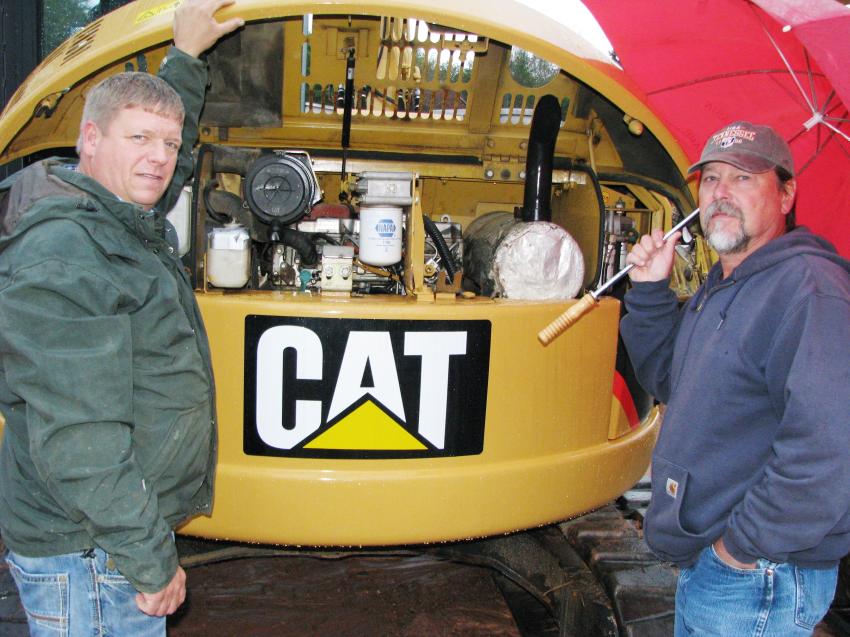 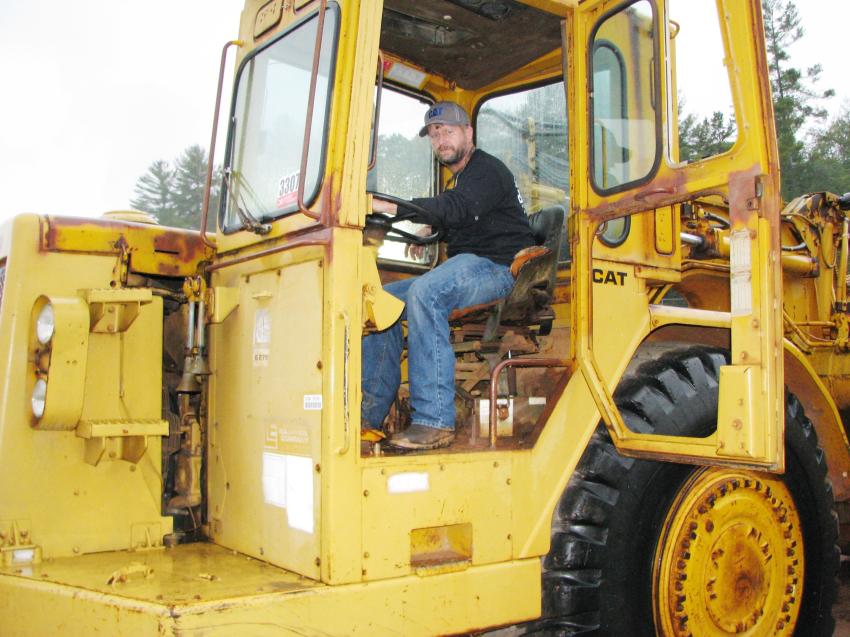 Putting a Cat 627B scraper through the paces during inspection is Nick North of North Grading & Clearing, Carrollton, Ga. 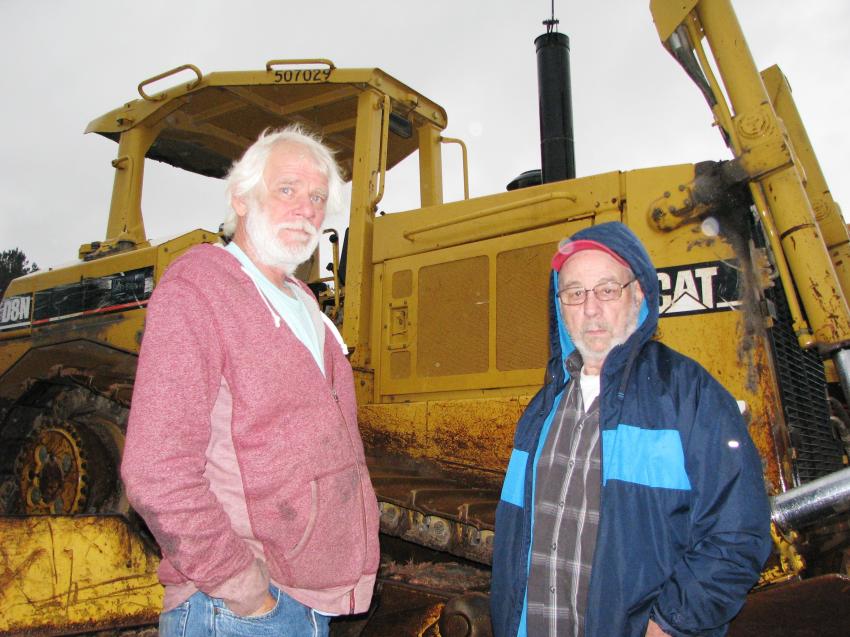 Interested in some of the big iron in the sale line-up including a Cat D8N are William Thompson (L) of Thompson Grading & Hauling, Temple, Ga., and Robert Ingram of P/R Inc., Acworth, Ga. 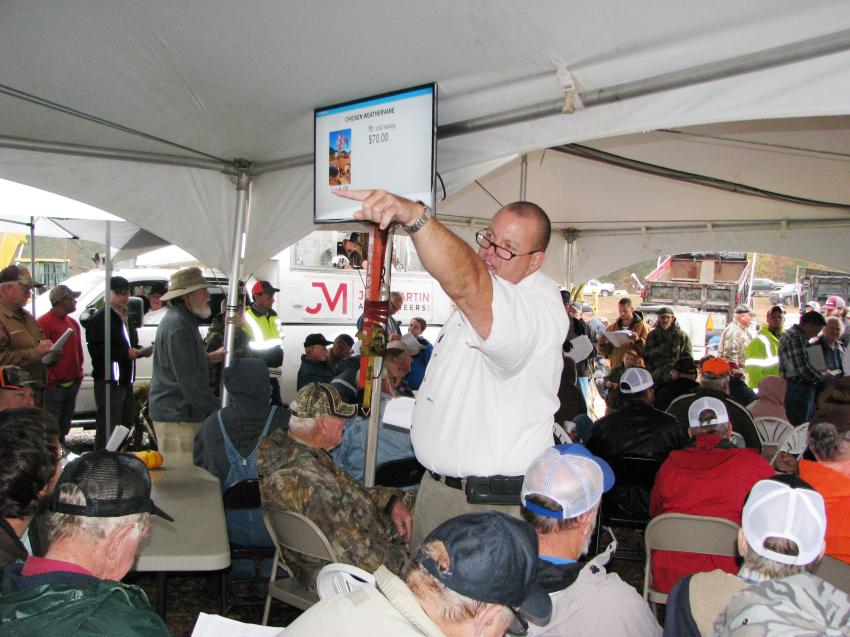 Jason Stribling of Joey Martin Auctioneers finds another bid from the back row under the “big tent” as the harsh rains kept the auctioning under cover. 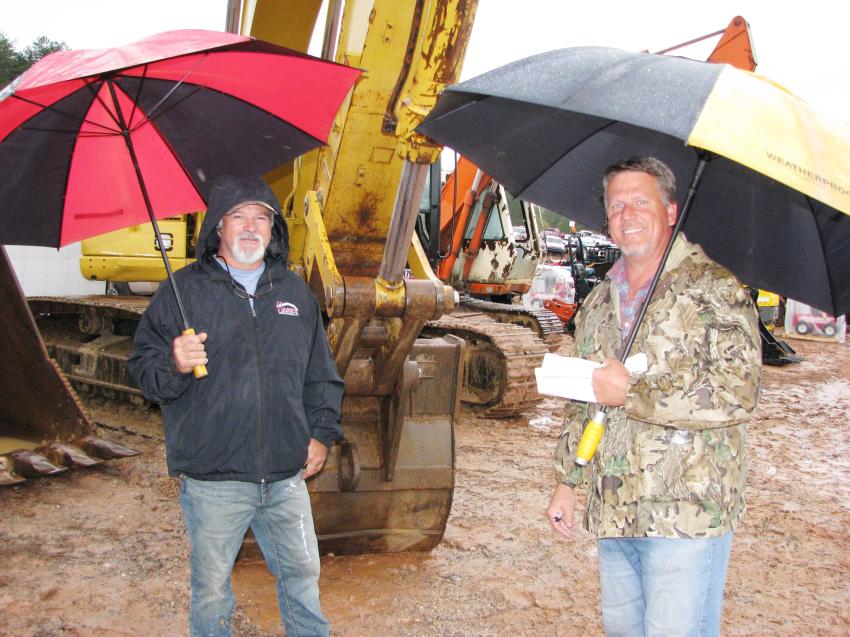 A bit of wind and rain didn’t dampen the enthusiasm of a day at the auction for Grady Smith (L) and Harlan Martin of Martin Construction and Grading, Toccoa, Ga. 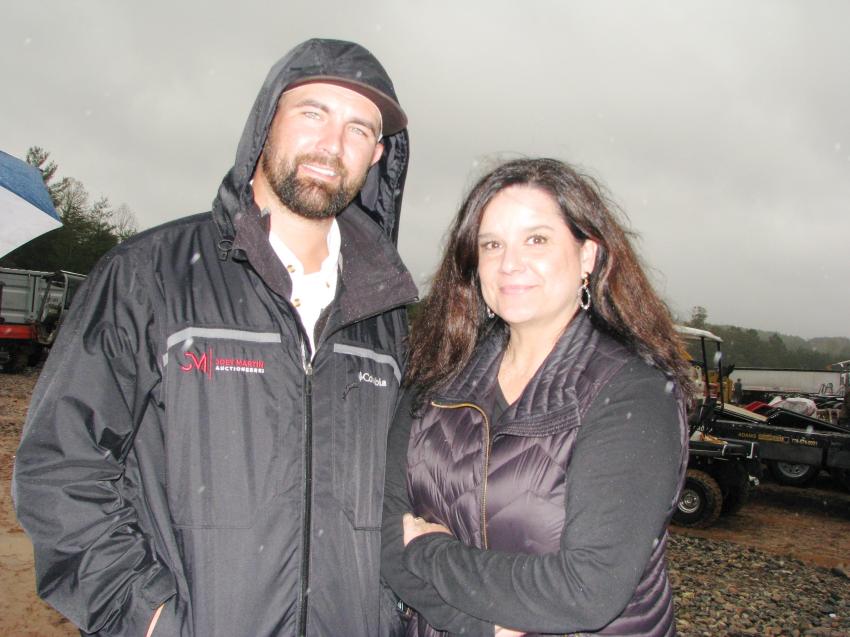 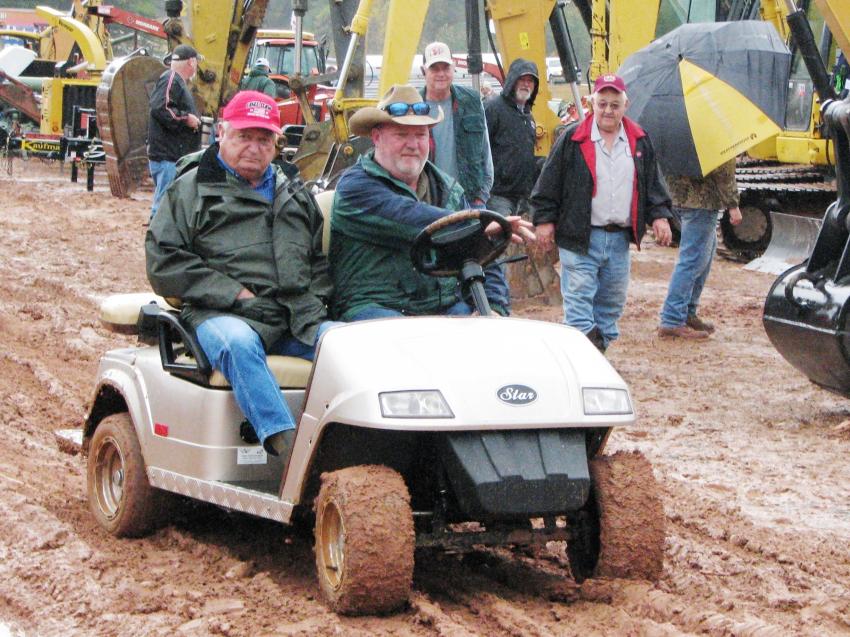 After a short amount of time cruising the auction site, these gentlemen were wishing they had brought the 4x4 rather than the golf cart.