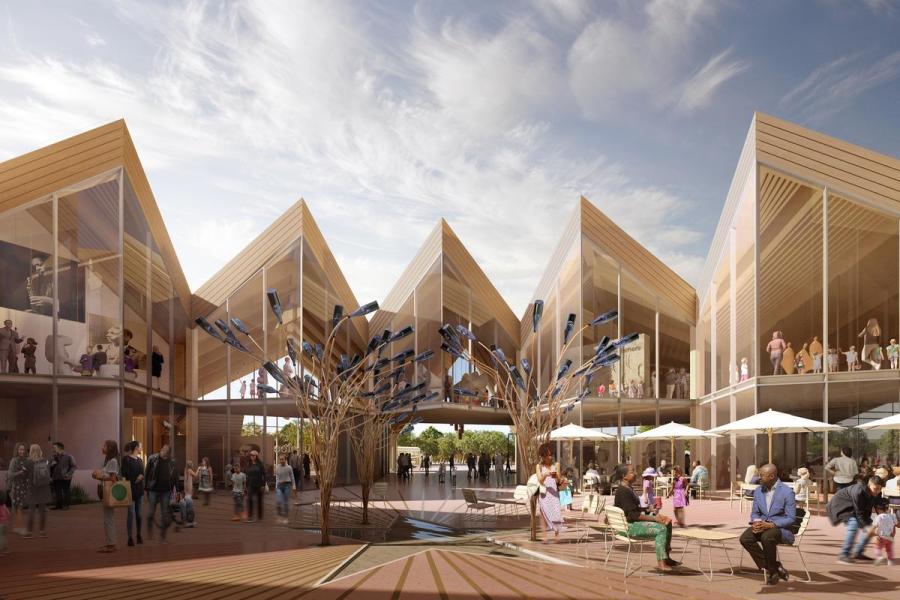 A new and much-anticipated museum is under way in Texas: the National Juneteenth Museum.

The $70 million, 50,000-sq.-ft. facility will be built of timber in Fort Worth. Architectural renderings reveal a building with multiple triangle-shaped segments overlooking an open air courtyard, all on a rectangular footprint. Work will start by the end of this year to conclude for a planned opening around Juneteenth 2024. It will sit on the grounds of a preexisting Fort Worth Juneteenth Museum, which will be demolished in favor of the new, expanded building. 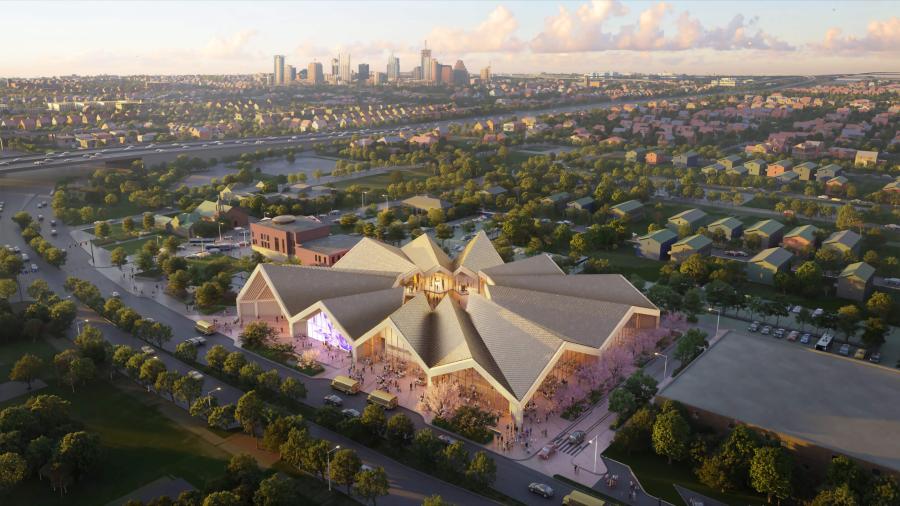 The new facility will include exhibitions, education programming, a food hall with Black chefs, a recording studio to capture oral histories from visitors, a theater and a business incubator. Although the design is from a Danish architectural firm, the New York-based partner in charge of the museum is Black architect Douglass Alligood. A mixed-use development including housing will be built around the museum.

Juneteenth commemorates the end of slavery, when, on June 19, 1865, Union Army general Gordon Granger brought news of the Emancipation Proclamation to the enslaved people in Texas (two years after the executive order). Granger's reading of General Order No. 3 resulted in instantaneous celebrations, and the next year's ‘Jubilee Day' evolved into Juneteenth.

Although Juneteenth has only been a national holiday since 2021, it has been one in Texas since 1980. Local activist Opal Lee, a 2022 Nobel Peace Prize nominee, has long worked to get Juneteenth properly recognized. She's called the ‘grandmother of Juneteenth' due to her efforts to get the day recognized as a national holiday. In 1939, hundreds of white rioters burned down her family home on Juneteenth — she was 12 years old at the time — spurring her resolve to educate people about the significance of the day's history. Her granddaughter Dione Sims will be the new museum's founding executive director.