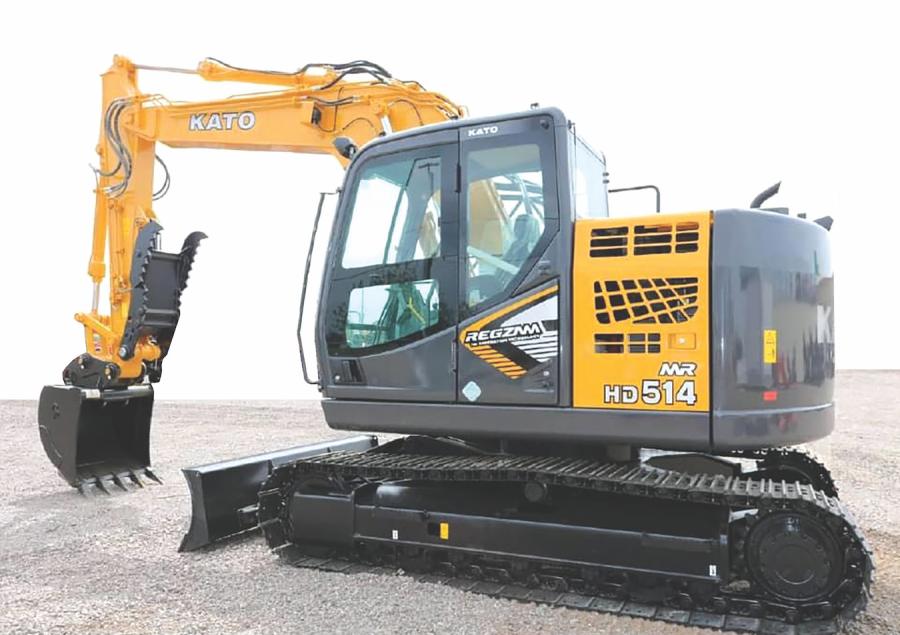 The Kato HD514 excavator is among the products that will be carried by Peterson Attachments & Equipment.

Ron Peterson, president of Peterson Attachments & Equipment in Westborough, Mass., announced that the company has been named the Kato/IHI dealer of New England.

"Kato has long been known in the United States for their high quality Japanese compact excavators," Peterson said. "Over the last decade, they have dramatically expanded their product offering. The excavator line has been expanded to include a full range of machines, including three fully electric compact excavators and the model HD514, a 34,000-pound work horse that comes complete with a blade, dual hydraulics, an Isuzu engine, a thumb and zero tail-swing."

Peterson Attachments & Equipment built its name and reputation on the hydraulic attachments business and, in particular, hydraulic hammers. It is the hydraulic system on the Kato excavators that caught Ron Peterson's attention.

"Every mid-sized and larger Kato excavator comes standard with dual hydraulics, which is ideal, but it's really the hydraulic flow that got my attention. The hydraulic flow in each Kato excavator equals or exceeds every other excavator on the market, which means it cycles and hits faster and harder when equipped with a hydraulic hammer. One of the first things we will be doing is equipping some of these Kato machines with Ramfos hammers and putting them in our rental fleet."

Kato has expanded its product offering beyond excavators and is now offering tracked loaders and skid steers, which are powered by Yanmar diesel engines, have pilot controls and offer the largest cabs in their class.

"Over the next few weeks, our inventory will be hitting the ground along with a substantial inventory of parts, which will allow us to support Kato/IHI customers who already own machines and are looking for parts and service support," Peterson said.