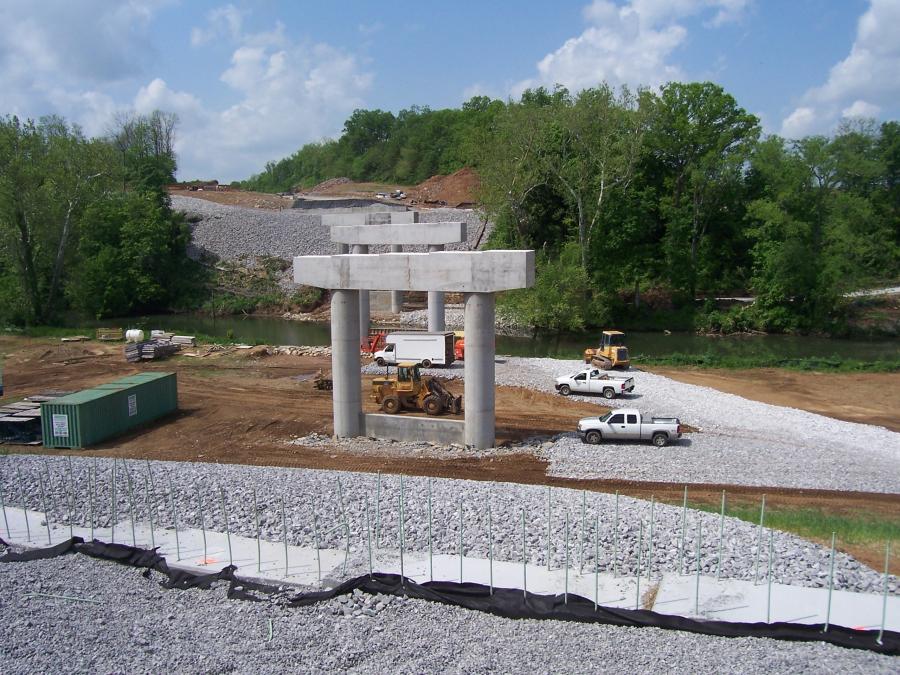 Kentucky officials have announced plans to complete the U.S. 460 bypass in Georgetown in 2019. The initial phase of the project was completed in 2014.

State Sen. Damon Thayer, state Reps. Phillip Pratt and Mark Hart and local officials joined the governor to announce the planned 5-mi. extension of the Georgetown Northwest Bypass that will close the loop around the city and provide a faster, more efficient route for commuters and school buses.

"This highly anticipated project is an important $26.1 million investment for the Georgetown community that will improve the daily commute of travelers and unlock opportunities for businesses looking to build near the completed roadway," Bevin said. "Building and maintaining strong infrastructure is an essential function of government, and the completed bypass will further economic growth in the Scott County area. I appreciate the determination exhibited by Secretary Thomas and the Scott County legislative delegation to see this important project to completion."

A completed bypass is necessary to accommodate the level of vehicle traffic projected in the area and to improve access to a new high school and recreational sites currently under construction, officials said.

The project allows traffic approaching Georgetown from any direction to bypass city traffic congestion and access the interstate from the north end of town.

"This project has been a long time coming for the people of Georgetown, and we're grateful for Gov. Bevin's leadership and the strong support from Scott County legislators to prioritize funding in the Highway Plan for the bypass completion," said Thomas. "The project is timely to improve connectivity for residents and school buses traveling to the new Great Crossing Park and Great Crossing High School near the existing bypass. The bypass will improve safety by taking drivers on a route with less stop-and-go traffic and fewer pedestrians."

Construction on the first section of the U.S. 460 north bypass began in the summer of 2013 and ended in July 2014. This 2.6 mi. section created a four-lane roadway on U.S. 460 just west of the city of Georgetown that extends to the KY 32 intersection on the northern part of the city.

A new four-span bridge over North Elkhorn Creek also was built during the project.

Since then, progress stalled due to limited transportation funding. At a cost of $16.6 million, legislative support was essential for prioritizing and funding the project in the Cabinet's Highway Plan.

Thayer noted the significance of today's announcement for the Scott County community.

"The announcement regarding the construction phase of the Georgetown U.S. 460 bypass is one of the most significant transportation updates in recent Scott County history," he said. "I'm pleased that the funding provided by the General Assembly in this year's road budget will pay for the final construction phase. Completion of the bypass will be a transformational event for traffic patterns, safety, economic development and travel in Scott County. I'm grateful to Governor Bevin for today's announcement and the Transportation Cabinet's work over the last few years on the design, right of way and utility phases of this project."

Pratt reflected on making the completion of this bypass a key priority.

"Georgetown is the fastest growing city in Kentucky," he said. "It is important for the city to have top-tier infrastructure as its economy continues to grow. As such, I am thrilled that the new Georgetown Bypass will alleviate traffic, improve accessibility across the city and help our community flourish."

Working alongside fellow legislators, Hart emphasized the importance of the project to the Georgetown community.

"This announcement is proof that the infrastructure needs of Scott County are being prioritized in Frankfort," Hart said. "The completion of the bypass will ensure that our residents have access to safe and effective roadways, and will also help recruit more jobs and economic development to our area."

Access to the bypass will be provided by at-grade intersections that include Long Lick Pike, Burton Pike and Cincinnati Road (U.S. 25). The contract will be awarded in December and construction will begin in spring 2019.