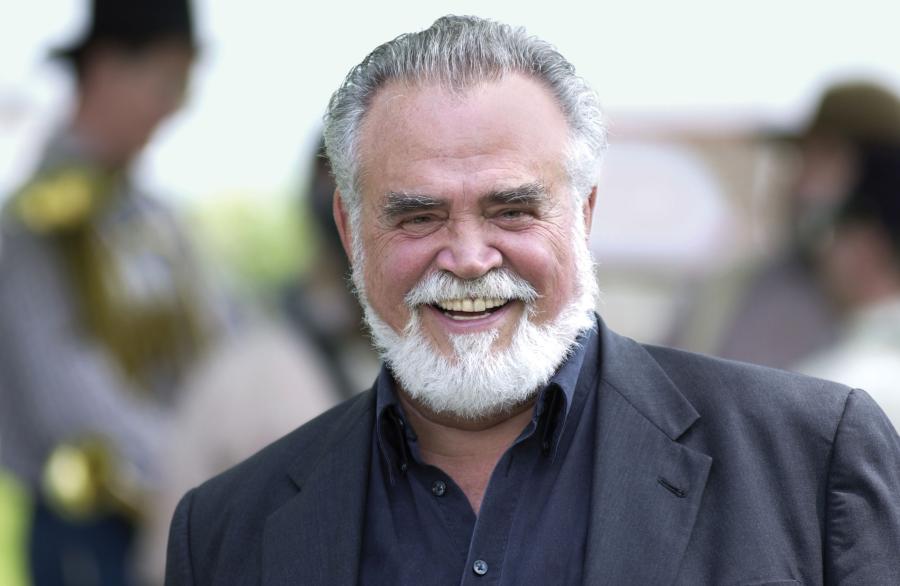 Dynamic leader and Kohler Co. Executive Chairman Herbert Vollrath Kohler Jr. passed away on Sept. 3, 2022, in Kohler, Wis. He was 83.

Mr. Kohler's bold ideas and hands-on leadership transformed the plumbing products manufacturer founded by his grandfather into a global and diverse family of businesses synonymous with unmatched quality, creativity and bold innovation. He literally put his beloved home state of Wisconsin on the map as a global golf destination culminating with the Ryder Cup in 2021.

Mr. Kohler's personal mission was to create delight. For him, there was no halfway. To warrant the "KOHLER" nameplate, a product had to be more than durable, functional and attractive. It had to be joyful and memorable.

"His zest for life, adventure and impact inspires all of us. We traveled together, celebrated together and worked together. He was all in, all the time, leaving an indelible mark on how we live our lives today and carry on his legacy," said his family.

He was admired by many as an accomplished, dynamic leader; independent-minded entrepreneur; courageous innovator; and passionate creative. More than anyone, Mr. Kohler lived and breathed Kohler Co.'s mission of providing customers with gracious living each day. He was a big personality who was steadfast in guiding Kohler associates in the relentless pursuit of the company mission, and he took immense joy in witnessing his customers' delight firsthand.

"If I sell you a bathtub, there has to be something about it that gives you pleasure not only at the time of the transaction. Years later, we want you to think this is one of the best buys of your life," he once said in an interview. "The same applies with everything we provide – an engine, generator, toilet, table, hotel room, spa service, golf course, you name it. If you think about it five years later and, inwardly or outwardly, it makes you smile and we can do this consistently, then we're living up to our mission."

Herb Kohler — who preferred to use his first name but was so respected by Kohler Co. associates who addressed him as "HVK" or "Mr. Kohler" — was born in Chicago on Feb. 20, 1939. His father Herbert V. Kohler Sr., son of Kohler Co. founder John Michael Kohler, served as board chairman and CEO of Kohler Co. from 1940 until his death in 1968. His mother Ruth De Young Kohler was a historian and former women's editor of the Chicago Tribune.

Mr. Kohler was educated at the Kohler schools in Kohler, Wis., and at Choate Rosemary Hall in Wallingford, Conn. As a young man, he spent many summers as a laborer on the Kohler farms and in most of the manufacturing divisions of Kohler Co. After serving with the U.S. Army Reserve, studying at the University of Zurich in Switzerland, and launching a brief acting career at Knox College in Illinois, he completed his education at Yale University, graduating with a Bachelor of Science degree in industrial administration in 1965.

He rejoined Kohler Co. full-time as an R&D technician shortly after graduation. He became a director of the company in 1967, and when his father died a year later, he became vice president of operations. He was named executive vice president in 1971, was elected chairman of the board and CEO in 1972, and president of the company in 1974 — at the age of 35. In 2015, he became the company's executive chairman, with son David taking the helm as president and CEO. He served Kohler Co. for 61 years.

Herb Kohler found strong inspiration in the life of his uncle, Walter J. Kohler Sr., who led Kohler Co. from 1905 until his death in 1940. The elder Kohler often quoted a business principle coined by 19th century English critic John Ruskin: "Life without labor is guilt, labor without art is brutality." The quotation resonated with Mr. Kohler, who saw business as a process that thrived on creativity, provided constant challenges and offered a means by which to help others. He worked diligently to be a positive influence in his community and was an ardent supporter of the arts, the environment and historic preservation

Working closely with his sister Ruth and the John Michael Kohler Arts Center, Mr. Kohler helped establish an innovative Arts/Industry residency program that invites artists into the Kohler factories to work alongside production associates turning out stunning works of handcrafted sculptures of art made from plumbing product materials, such as vitreous china, cast iron and brass. To date, more than 500 artists have participated in this unique residency that intersects art and manufacturing.

He served as president of the Kohler Foundation that provides hundreds of thousands of dollars in scholarships annually, sponsors a Distinguished Guest Series that brings internationally recognized performers to Sheboygan County and manages the Waelderhaus — a replica of the Austrian home of John Michael Kohler that is open to the public.

In 2012, Mr. Kohler helped finance and led the design and construction of the Kohler Environmental Center at Choate Rosemary Hall, his alma mater. This LEED-Platinum environmental research and education center is outfitted with three working laboratories, two classrooms and a greenhouse. It is home to the Environmental Immersion Program, a year-long residential and interdisciplinary program.

Herb Kohler never pushed his three children into the family business, instead encouraging them to follow their own paths. The fact that all three paths eventually led Laura, Rachel and David to Kohler Co. is testament to their father's steady influence and example. David oversees Kohler Co. in the role of president and CEO, Laura is senior vice president of human resources, stewardship and sustainability, and Rachel formerly served as group president of Kohler Interiors and now an entrepreneur in her own right, is a member of the company board of directors.

Mr. Kohler married the former Natalie Black in 1988 and together they built a life focused on growing the business on a global scale. His marriage to Linda Kohler Anderson ended in divorce in the early 1980s. Linda, the mother of Laura, Rachel and David, died in 2005. Mr. Kohler also preceded in death by his parents, Herbert Sr., and Ruth DeYoung; his younger brother, Frederic Kohler; and younger sister, Ruth DeYoung Kohler II.