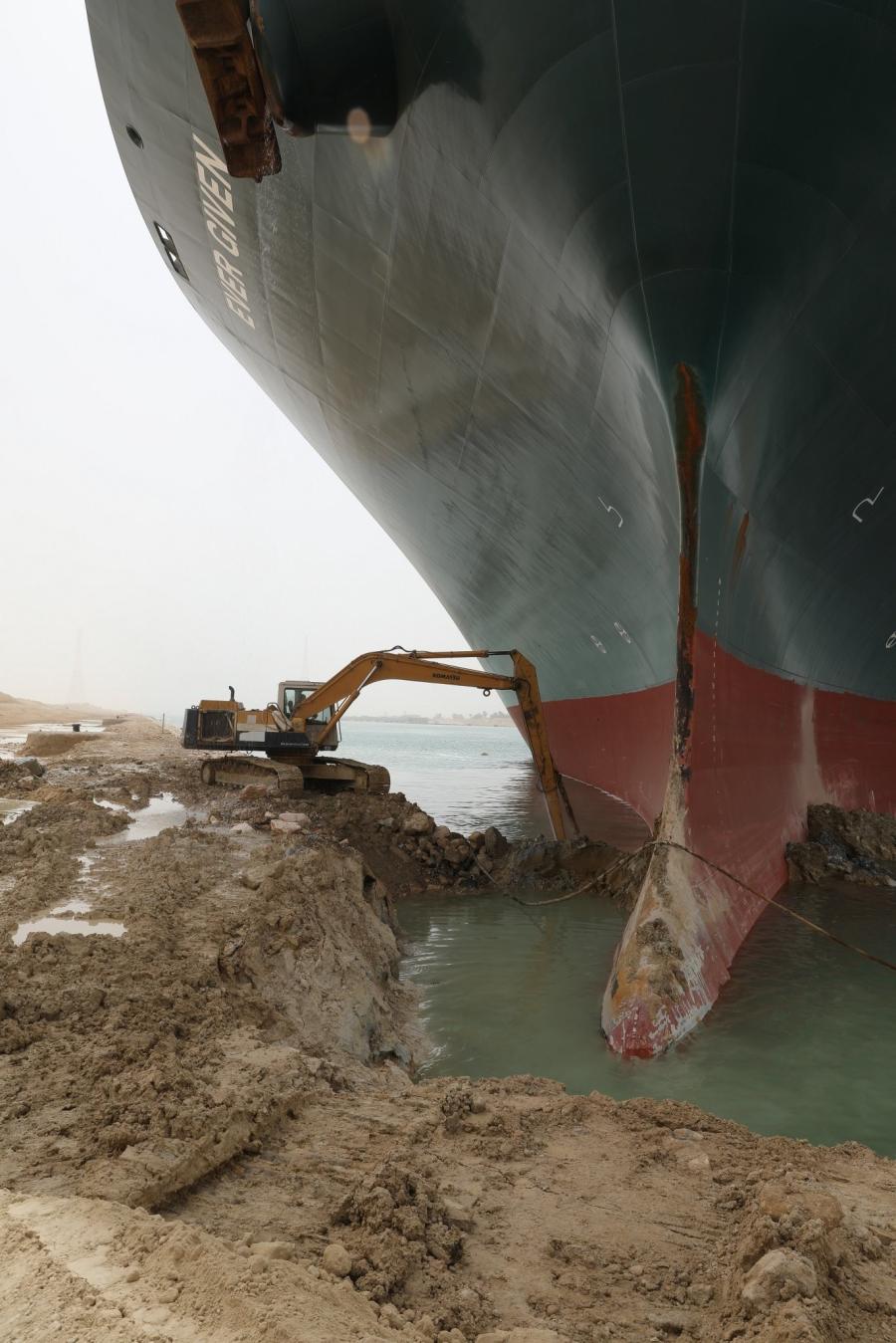 A Komatsu excavator is attempting to dislodge one of the world’s largest container ships, the Ever Given, after the large vessel blocked a passageway of the Suez Canal in Egypt. (Suez Canal Authority photo)

The Panama-flagged Ever Given, chartered by Evergreen Marine Corp., became wedged sideways in the Suez Canal on March 23. Each day that the ship was stuck saw $9.6 billion in maritime traffic delayed in a waterway that accounts for about 12 percent of world trade.

A Komatsu excavator is attempting to dislodge one of the world's largest container ships, the Ever Given, after the large vessel blocked a passageway of the Suez Canal in Egypt.

The container holds upward of 20,000 shipping containers and is as long as the Eiffel Tower, so it is a tall task for the heavy piece of machinery.

The running aground of the container, blocking all traffic in the vital water passageway of the Suez Canal, could mean shipping delays for consumers around the globe and higher gas prices, maritime experts said, according to NBC News.

The Ever Given currently has no speed, according to live data tracked by Vessel Finder. But it has been nudged closer to one of the canal banks and may soon be tugged into a position where traffic may be able to resume, said David Fyfe in an email, chief economist at Argus Media, a market research firm.

Authorities hope to have it tugged out of the way within 24 hours so traffic can resume, Keith Gaskin, owner of SEKO Logistics, a U.K.-based supply chain management services company, said in an email.

"Very little information is coming out, but prospects are that she could be refloated. Meanwhile, we believe that this may be too optimistic. Tomorrow is more likely but, of course, it is really difficult to say," said Jacob Guldager, branch manager and business development director for Leth agencies, a Norway-based shipping agent for the Suez Canal zone.

"Basically anything you see in the stores," said Lars Jensen, an independent container shipping expert based in Denmark.