Gov. Chris Christie on Tuesday squarely placed blame for a protracted impasse on transportation funding that has idled road projects across New Jersey on the Democratic-controlled Senate. 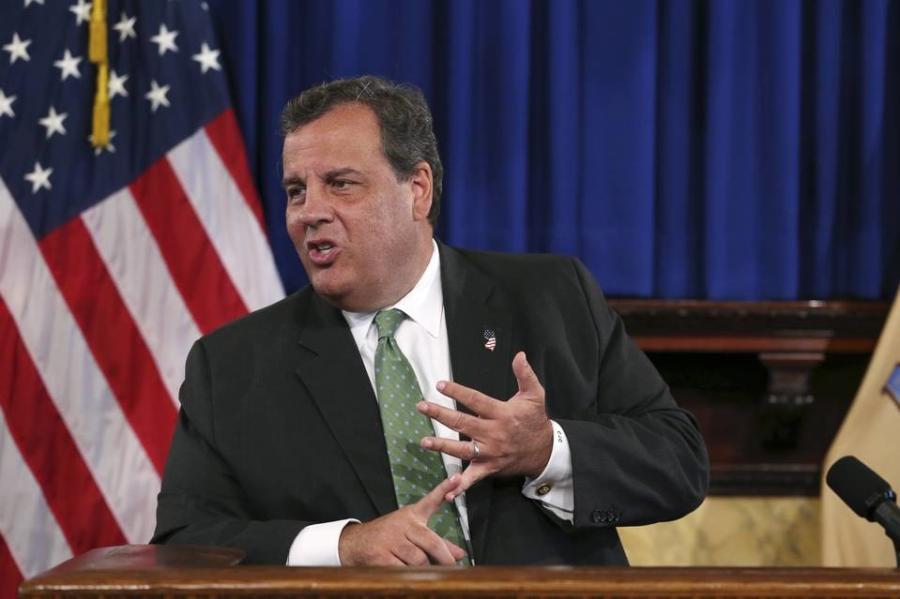 Christie accused the Senate president of withdrawing his support from the sales tax plan after agreeing to go along with him and the Assembly days before the trust fund expired. (The Wall Street Journal photo)

Gov. Chris Christie on Tuesday squarely placed blame for a protracted impasse on transportation funding that has idled road projects across New Jersey on the Democratic-controlled Senate, saying lawmakers should return to Trenton and pass a bill.

The governor has criticized the Senate for holding up a deal he struck with the Assembly to offset a 23-cent increase in the gasoline tax with a 1 percentage point reduction in the sales tax to raise money for the Transportation Trust Fund, which runs out of money for new projects this month.

Christie shut down $3.5 billion in road, bridge and rail projects in July to ration the remaining funds for emergencies.

"If there's anyone to blame for the fact that the TTF is not authorized and that we're only spending emergency funds, it's the 40 members of the state Senate," he said at a Statehouse news conference Tuesday.

Senate President Stephen Sweeney (D-Gloucester) has said neither Republicans nor Democrats in the upper house support that deal.

Sweeney responded Tuesday by saying he's not given up on the Legislature's proposal, which he called "a superior plan that includes responsible tax cuts the state can afford."

Assembly Speaker Vincent Prieto last week urged the legislative leaders to meet on the funding crisis. But Christie said Tuesday that they're too far apart for that to be productive.

Christie accused the Senate president of withdrawing his support from the sales tax plan after agreeing to go along with him and the Assembly days before the trust fund expired. The Assembly quickly passed the bill in the middle of the night, but the Senate adjourned.

"If the Senate had, in a bipartisan way, passed the same bill that the Assembly stayed until 1 o'clock in the morning to pass at the end of June, we wouldn't even be having this conversation," he said.

"I'm the first governor in 27 years to publicly say I was for a gas tax increase," said Christie. "I'm ready to sign a gas tax increase into law to be able to sustainably fund the Transportation Trust fund. Pass the bill and put it on my desk. I wish I could do it by myself. If I could it would be done already."

Sweeney has said the administration presented incorrect estimates of the cost of the sales tax cut and he pulled his support when he learned of the full price tag. The 1 percentage point cut, plus the governor's proposed increase in the retirement income tax exclusion, are projected to reduce state revenues $1.9 billion by 2022.

The Senate and Assembly have since agreed on a plan to raise the gas tax, eliminate the estate tax, increase the retirement income tax exclusion, increase the Earned Income Tax Credit and create tax breaks for commuters and veterans.

Christie has said he wants a more broad-based tax cut, and Democrats have struggled to mount veto-proof majorities to override him. Prieto last week declared that joint strategy "does not appear viable."

Despite the impasse, the governor suggested the funding crisis will ultimately get resolved.

"I've negotiated with these same cast of characters for a very long time," he said, "and we'll get there."

The governor also rejected the suggestion that state's roads and transportation network are in distress.

That group also includes business lobbyists and trade groups that say the delay is only making things worse by wasting the construction season and costing thousands of out of work construction workers income they won't be able to make up.