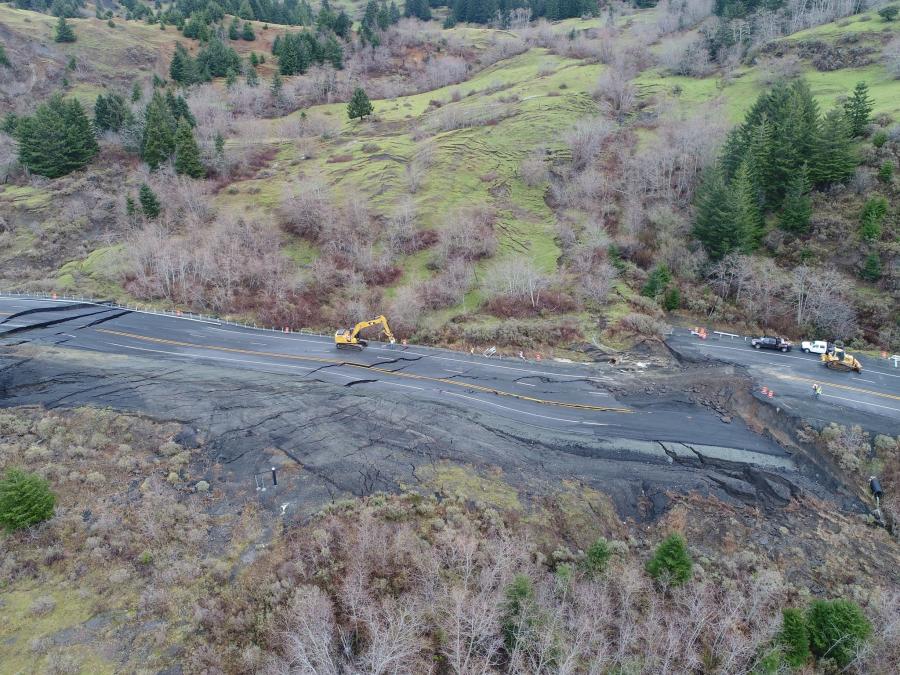 The slide in the Hooskanaden Creek area has cut off the town of Brookings from large truck deliveries and has forced travelers to use a winding, narrow mountain road that is in places one lane and gravel.

More than a foot of rain in less than four days has wiped out a section of Highway 101 in Curry County, Ore., just north of the California border. The slide in the Hooskanaden Creek area has cut off the town of Brookings from large truck deliveries and has forced travelers to use a winding, narrow mountain road that is in places one lane and gravel. The slide area is historically troublesome, but this is one for the record books.

"It's the worst we've ever seen without exception," said Court Boice, Curry County Commissioner. "It's the most unstable ground. When they built this road in 1959-60, they didn't look ahead. ODOT worked so hard on it last year. It was kind of a mild winter, but we still had erosion and movement. They're in the tough position of continually adding pavement which adds weight. We're just lucky there was a detour for this one." 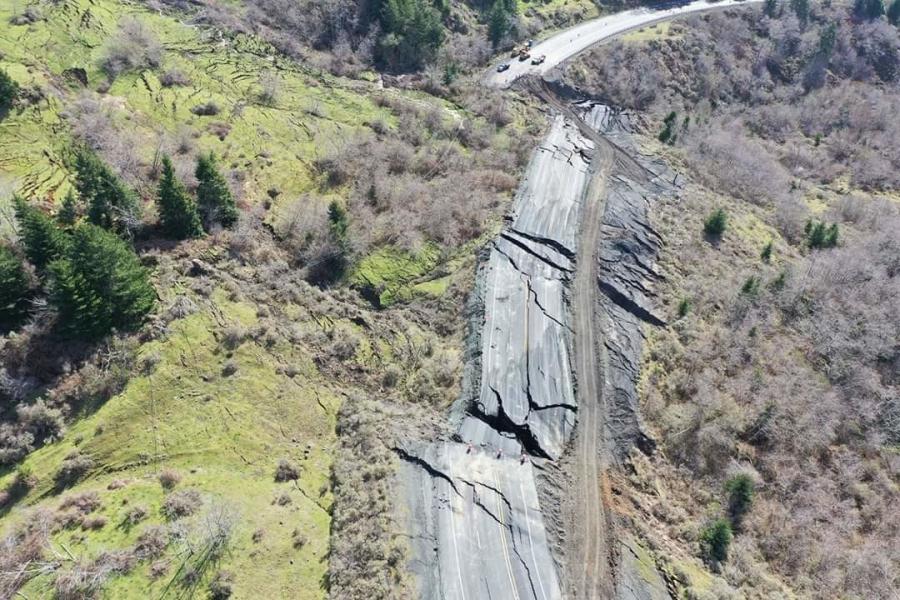 The detour is about 25 mi. over Carpenterville Highway, the original Highway 101. The Oregon Department of Transportation has restricted use of the highway to trucks no longer than 40 ft. Longer trucks must generally reroute east and south into California and then north again to Oregon. That has caused shortage in everything from food to fuel.

The slide, named the Curry County Highway 101 Collapse, is about .25 mi. in length with the worst of the movement over about 200 ft., said ODOT spokesman Dan Latham.

"The slide cut off underwater channels and that led more water to pool," Latham said. "When the big rain and snow event started February 24, that's when we started to see rapid movement. The first night, the slide was moving two feet an hour, resulting in enormous cracks in the road surface. At the south end, the road is completely out of alignment. It's moved more than 100 feet to the west and has dropped 30 to 40 feet."

While the roadway has historically been unstable, the problems were compounded after wildfires consumed 300 acres of vegetation in recent years.

The state signed a $300,000 contract with local Tidewater Contractors with an eye to getting at least one lane open to travel as soon as possible and two lanes under gravel in three weeks. But with more rain forecasted and the land still moving, even that is questionable. 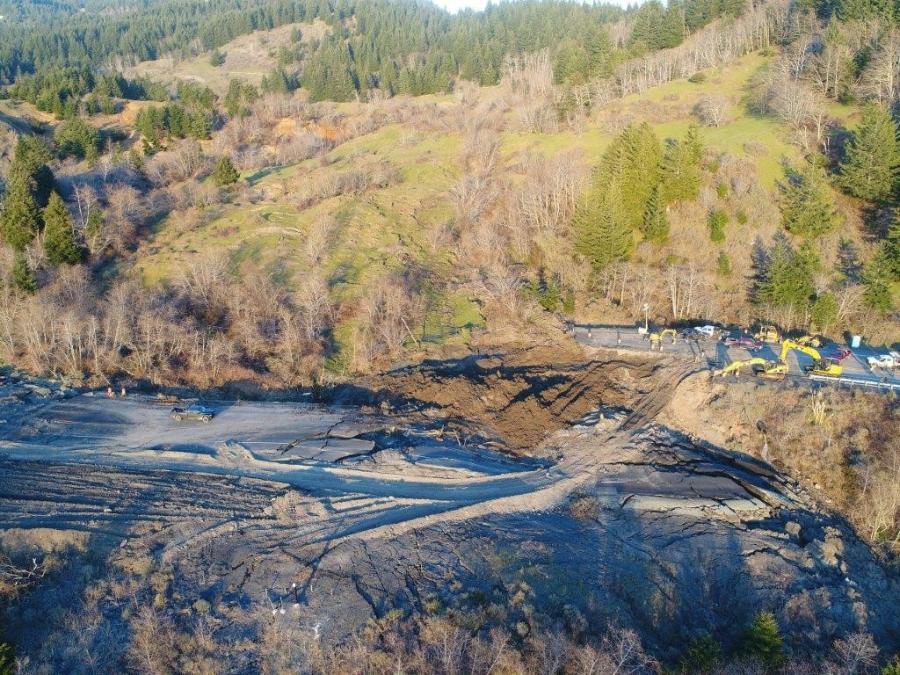 "The challenge is that the slide is still active," said Scott Darger, general manager of Tidewater. "The ground has slowed down with the lack of precipitation in the last few days, but the movement … the roadbed has slid well over 100 feet at the south end of the slide. The timeline is 100 percent depending on Mother Nature. The timeline is undetermined basically because we don't know if we are going to have more ground movement and how much we're going to have."

Tidewater was working with multiple excavators, dozers and about 20 trucks hauling in rock to the site. Crews started placing material about a week after the slide began to build a roadway from both ends.

Even after crews are able to open up the roadway to traffic, they likely won't be able to pave for months, Latham said.

"They will not pave until it slows down," he said. "If we try to pave and it is moving 2 to 3 inches, we are going to have to pave it every 3 days. We'll get it rocked as soon as it slows down and then in a month or two we'll go in and pave it."

But while that may fix the current damage, it is no doubt temporary.

"There is no permanent fix," Latham said. "We might consider rerouting the road, but there would be right-of-way issues, and who knows, there might be more slides there. We might be trading one problem for another. The geologist said there are lot of underground springs, the ground is not stable enough for a bridge."