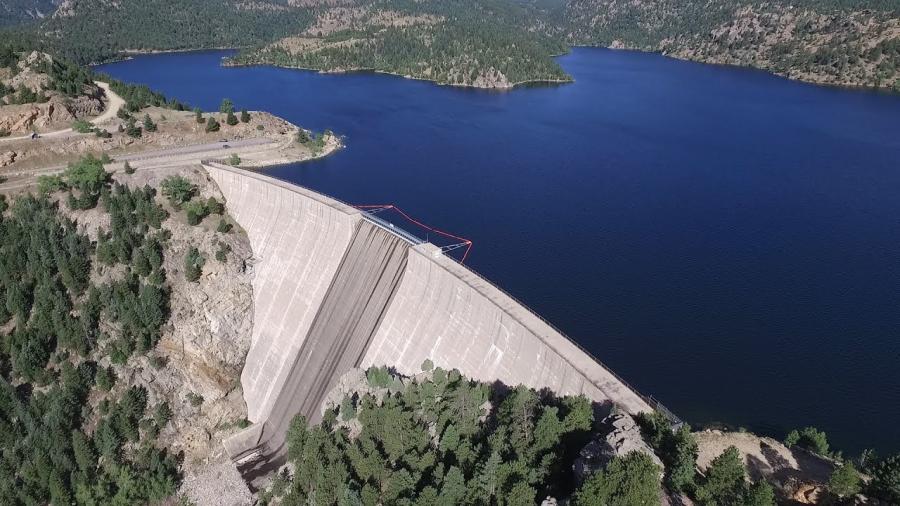 BOULDER, Colo. (AP) A water utility company in Colorado can proceed with its planned reservoir expansion and the largest construction project in Boulder County after it received final federal approval, company officials said.

"Expanding Gross Reservoir is a critical project to ensure a secure water supply for nearly a quarter of the state's population. The project provides the system balance, additional storage and resiliency needed for our existing customers as well as a growing population," Lochhead said. "We are seeing extreme climate variability and that means we need more options to safeguard a reliable water supply for 1.5 million people in Denver Water's service area."

Even with federal approval, Boulder County still wants to conduct its own review under local government 1041 power, that could result in the project's ultimate official disapproval by local leaders.

"We think that it was a well-reasoned decision from the district court and we have strong arguments in defense of the appeal," County Deputy Attorney David Hughes said. "It's not uncommon for local governments to use 1041 powers in review of major projects by other governments."

Denver Water is expecting to appeal the county's decision and provide an opening brief in August.

Environmental Group President Beverly Kurtz has argued that there are severe deficiencies in the license approval and said the coalition of environmentalists will fight against the approval.

"Our coalition intends to fight this project to the end. We continue to engage in legal challenges at the County and Federal level, and we rely on the Boulder County Commissioners to continue to enforce the requirement for compliance with Colorado Statute 1041," she said.

The design phase for the expansion is expected to finish by the middle of next year, followed by four years of construction, if approved, officials said. Construction is expected to include raising the existing Gross Dam by about 130 ft. (40 m) and increasing the reservoir capacity and storage.

"We are committed to working closely with the Boulder County community to ensure safety, be considerate neighbors and retain open, two-way communication channels during this construction project," Project Program Manager Jeff Martin said.