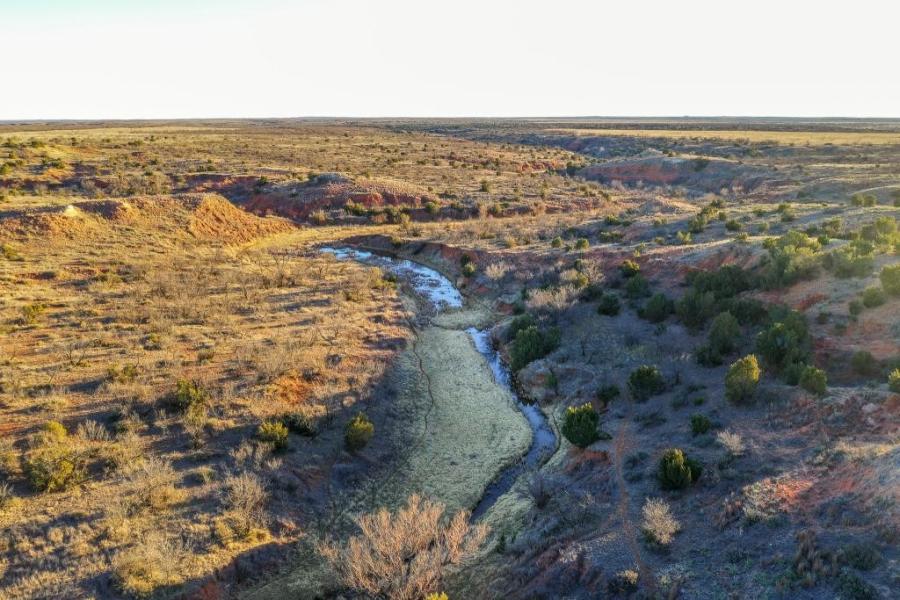 MODESTO, Calif. (AP) Between vast almond orchards and dairy pastures in the heart of California's farm country sits a property being redesigned to look like it did 150 years ago, before levees restricted the flow of rivers that weave across the landscape.

The 2,100 acres at the confluence of the Tuolumne and San Joaquin rivers in the state's Central Valley are being reverted to a floodplain. That means when heavy rains cause the rivers to go over their banks, water will run onto the land, allowing traditional ecosystems to flourish and lowering flood risk downstream.

The Dos Rios Ranch Preserve is California's largest single floodplain restoration project, part of the nation's broadest effort to rethink how rivers flow as climate change alters the environment. The land it covers used to be a farm, but the owners sold it to the nonprofit River Partners to use for restoring wildlife habitat.

California officials began centralizing valley flood planning a decade ago. Though some of the worst and most notable floods in recent decades have occurred in places like Houston and New Orleans, parts of California are at serious risk that's only expected to increase due to climate change. In 1997, major storms caused levees to break throughout the valley, including on the Tuolumne River, causing nearly $2 billion in damage and destroying more than 20,000 homes. Nine people died.

In an update five years ago, the state put a premium on flood plain restoration projects. Dos Rios is one of 17 identified by the state. Four have been completed since 2013, three are under construction and 10 are proposed. They've cost $300 million so far, with money coming from bond funds and local and federal dollars.

"Dos Rios is an amazing example, but we need like 30 more of those," said Jane Dolan, chair of the Central Valley Flood Protection Board.

Floodplain restoration isn't unique to California. Washington state launched a program in 2013 called Floodplains by Design, and projects are popping up along the Mississippi River. But experts said California stands out for its emphasis on projects that provide ecological support.

"There's tremendous potential for this kind of work and I'm quite impressed by how deliberate and thoughtful California is being in this space," said Todd Bridges, head of the Army Corps' Engineering with Nature program, which takes a similar approach.

The Biden administration set aside at least $1.75 billion in the infrastructure bill for multipurpose projects aimed at reducing flood risk.

Just as climate change is making California's dry periods drier, it's expected to make the wet periods wetter. The state experienced an atmospheric river in October and major rain and snowfall in December, followed by its driest January through March on record.

"One of the things that drives me crazy about California water is that decision makers want to talk about floods in flood years and droughts in drought years," said Barry Nelson, a water consultant who worked on the Dos Rios project. "The weather whiplash we're seeing this year is really teaching us we need to break out of that pattern."

Since the 1850s, 95 percent of the historical wetlands and river habitats in the Central Valley have been eliminated, according to state flood planners. It would be impossible to restore all of that in a state of 40 million people, where major cities like the capital of Sacramento and Stockton have been built in floodplains. 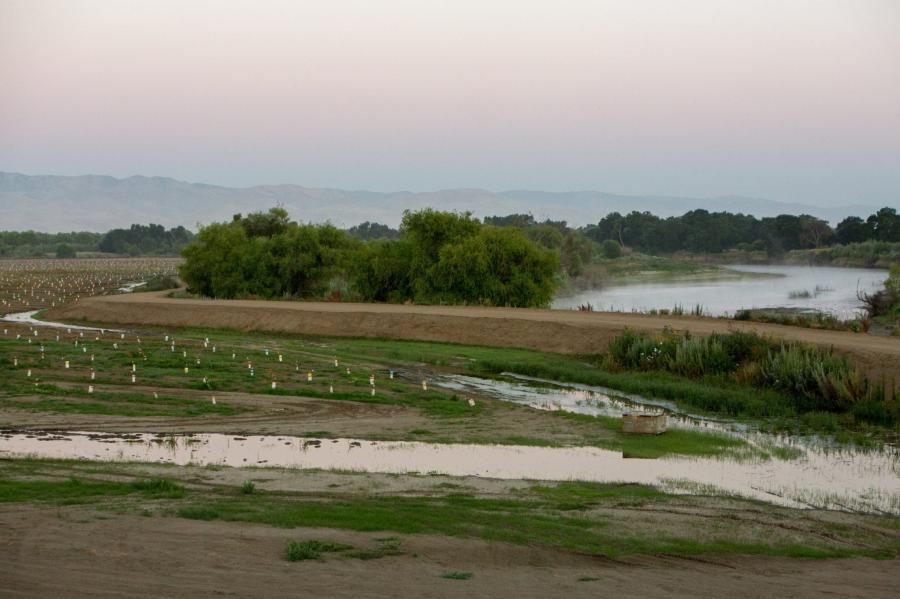 But the valley's vast open spaces offer opportunities, such as on farmland that's no longer in use. The property Dos Rios sits on was most recently a dairy and the owners approached River Partners about selling the land for conservation in the mid-2000s.

River Partners has notched berms to allow river water to flow onto 1,000 acres. The nonprofit is going through government hurdles to breach a federal levee keeping the Tuolumne River at bay. Eventually, Dos Rios could hold up to 10,000 acre-ft. of flood water, keeping it from flowing toward cities like Stockton. An acre-ft. is approximately 325,850 gal.

Fourteen kinds of woody trees and shrubs are planted in a way that's designed to attract native species. The riparian brush rabbit, chinook salmon, steelhead trout, the yellow warbler and the sandhill crane are among the species that call Dos Rios home. The habitat there also supports the Aleutian cackling goose, which used to be listed as endangered species.

Advocates for such projects would like to see them built faster in California and beyond. Julie Rentner, president of River Partners, said while there's broad agreement on the value of restoring floodplains, concerns about the impact of land conversion on local tax bases and debates about how broadly to expand public access can slow things down.

But in the messy world of California water, floodplain restoration stands out, said Nelson, the water consultant.

"In this sort of ocean of disagreements about water policy, about all these other issues, flood management is this place where enormous change has happened in the last decade in a way that is incredibly broadly supported," he said.

The Central Valley covers approximately 20,000 sq. mi. and is an agricultural powerhouse — more than 250 crops are grown there. The region constitutes about 1 percent of U.S. farmland but produces 25 percent of the nation's food while accounting for one-fifth of all groundwater pumping in the United States.

A flood in the 1860s demonstrates the potential for disaster — up to 6,000 sq. mi. of the valley were submerged. As the state's population rapidly expanded and farming boomed through the 20th century, the government engineered vast systems to move water around to supply people and farms, and erected levees to protect cities and crops.

Some of those levees cut off rivers from their natural floodplains. As climate change causes temperatures to warm, mountain snow that typically trickles into the state's watershed may fill rivers much faster, increasing the flows beyond what levees can take.

Floodplain restoration can help. For projects like Dos Rios, land that farmers no longer want to manage is being turned into space where rivers can breathe. Farther north, barriers on the Feather River have been altered to allow more water to flow into an existing wildlife area. In West Sacramento, 4 mi. of levee along the Sacramento River is being set back.