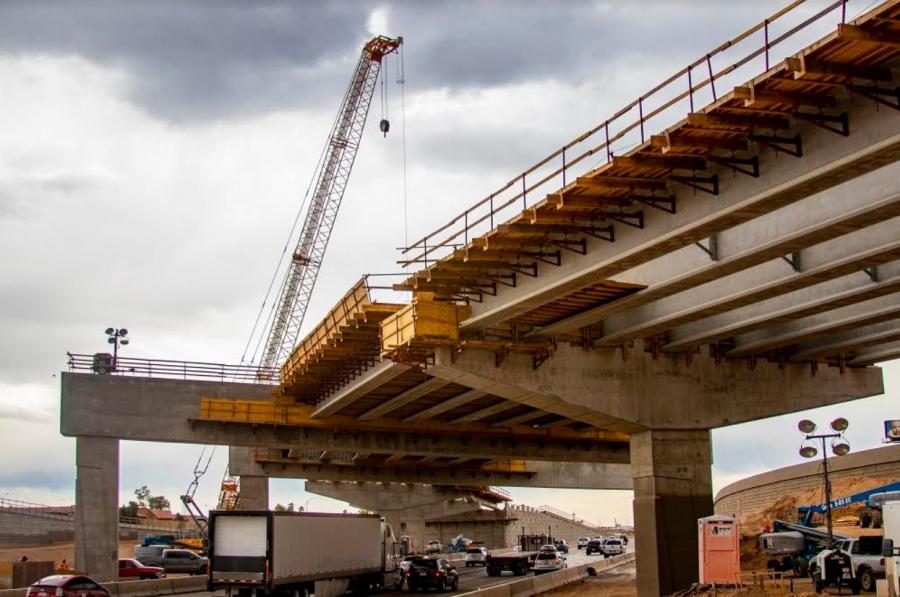 To create the interchange’s five flyover ramps, large cranes have set 186 bridge girders above I-10 during weekend closures.

Two years after construction began on an interchange connecting Interstate 10 and the Loop 202 South Mountain Freeway, crews have placed the final bridge girders needed for this huge Arizona Department of Transportation project in west Phoenix.

The milestone occurred when Connect 202 Partners, the developer of the South Mountain Freeway, placed 21 concrete support beams, measuring up to 128 ft. long and weighing 115,000 lbs. apiece, for a flyover ramp that will carry HOV lanes.

Building the 22-mi. South Mountain Freeway requires placing approximately 1,000 girders, all of which have been manufactured locally.

While the final girders are in place for the interchange in west Phoenix, several overnight and weekend I-10 closures and traffic restrictions are still needed to complete some of the remaining work, including pouring bridge decks and installing barrier wall.