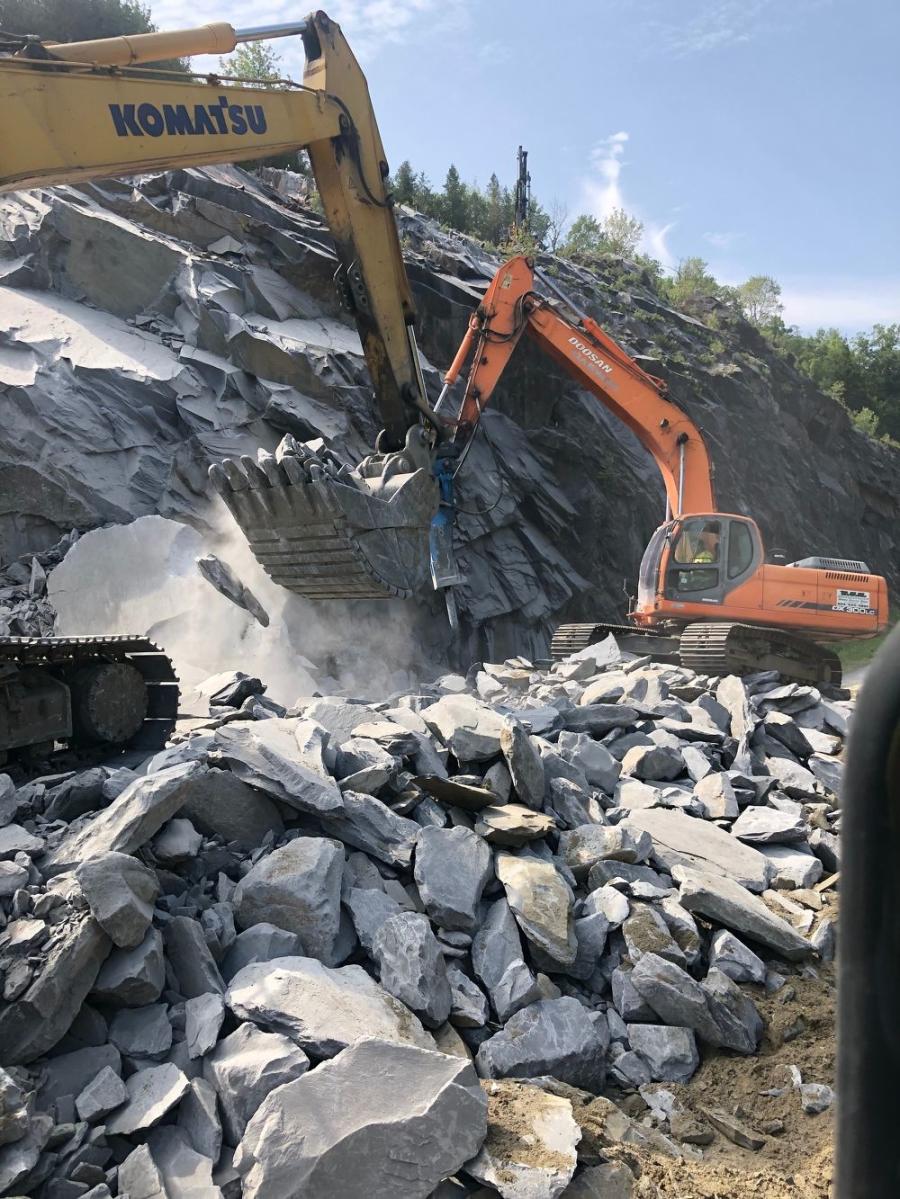 VTrans allocated $1.9 million for the ledge removal project and selected BUR Construction for its low bid.

To rectify a rock fall that occurred in 2012 and forced a temporary closing of a portion of I-89 in Berlin, Vt., the state of Vermont removed a 1,400 ft. section of rock from the area.

Most of the blasting that was done to remove the rock was completed, but small blasts may be needed to complete the job.

BUR Construction/Newport, N.H., is the contractor on the job that has a completion date of Nov. 22. 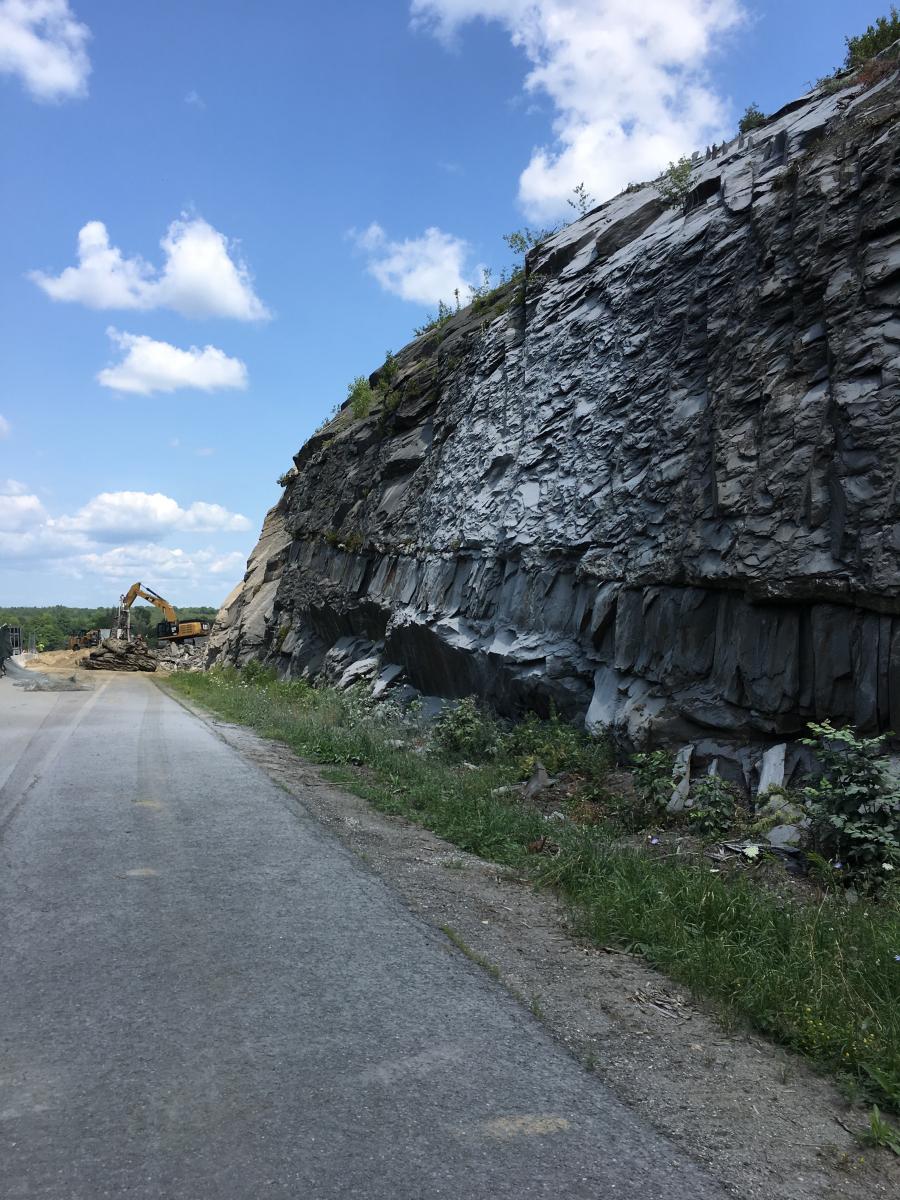 Tom Eliassen, a former transportation geologist for VTrans who currently consults for Peters Construction/Granby, Vt., said the rock fall in 2012 forced the closure of the northbound lanes of I-89 for two days.

"Local operators cleared the rock, but there was a lot of rock on the slope, so we brought in a contractor who did hand scaling with mining bars," he said. "They used air bags with rubberized flat bladders that were slipped into cracks in the rock and inflated to push loose rocks and doweled the face to stabilize what was left of the larger blocks."

"Other portions of the slope were unstable," Eliassen added. "They were originally built at a steep angle so we were getting it back in shape and now it is level at a 45 degree angle."

Tim St. Pierre, who co-owns BUR Construction with his brother, Jesse, said, "The project was the removal of 1,400 feet of rock along Interstate 89 in Berlin and 45,000 cubic yards were removed, plus complete hand scaling."

The contractor began the project in early May.

"One lane of the interstate was closed and we had 43 days to reopen the exit 6 ramp," St. Pierre said. "That portion was complete in 40 days and the ramp is open. We are still working and expect completion within five weeks." 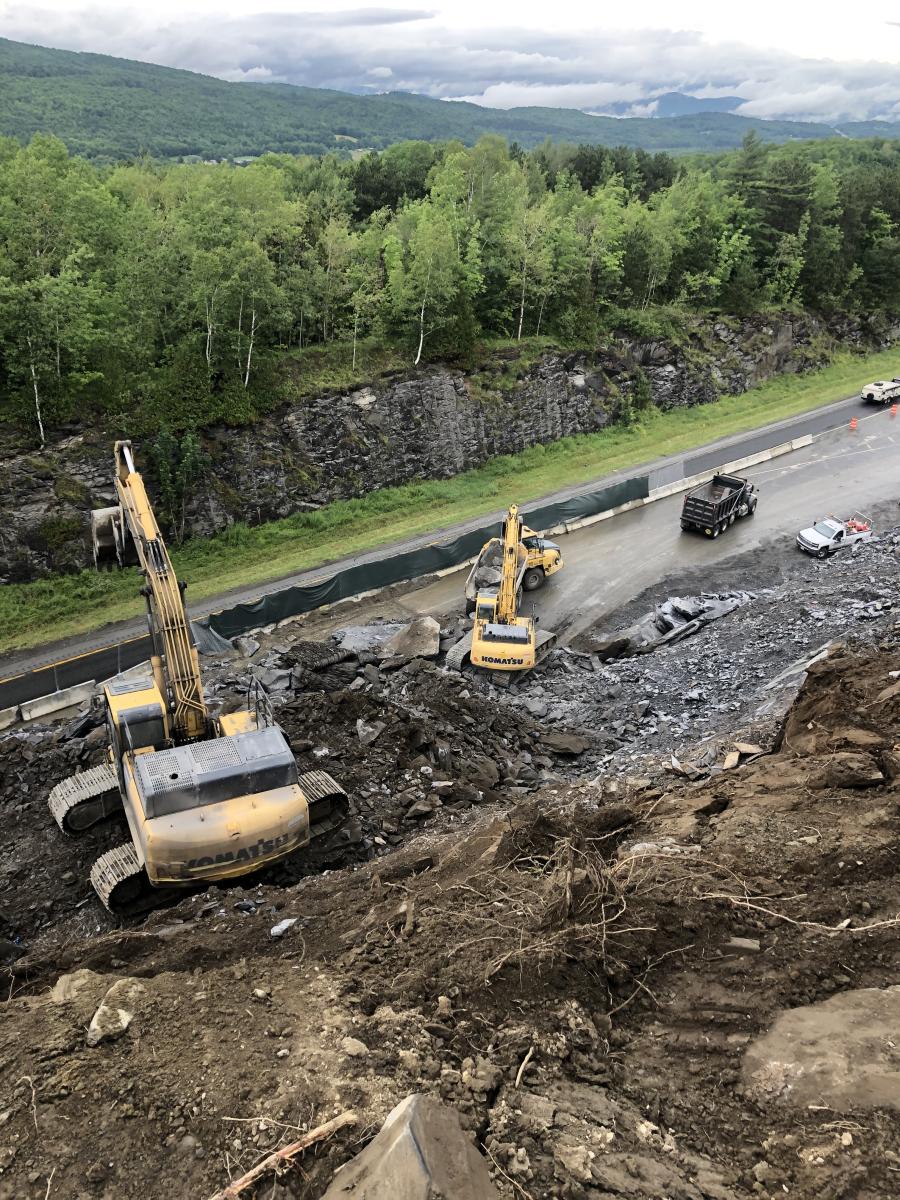 Blasting was the method used after alternatives were considered. Michael Booth, a VTrans resident engineer, said, "Stabilization measures do not have the lifespan that is provided by laying the slope back and improving the catchment area that could be achieved by blasting. A cost comparison showed that stabilization versus blasting would be comparable and blasting was determined to be the preferred alternative. Blasting was also selected because the volume of the rock that needed to be removed to allow the slope to be taken back from a 4-on-1 to 1-on-1 slope is more stable in the long run."

The rock fall in 2012 occurred after the state of Vermont initiated a rock fall grading system.

"In 2007 we looked at every slope in the state and ranked them in terms of likelihood of them getting into the highway," Eliassen said. "And we used that for risk management to select which projects to remediate."

The rock slope in Berlin was ranked as an "A" cut, which means rock fall is expected to occur and reach the roadway.

VTrans allocated $.9 million for the ledge removal project and selected BUR Construction for its low bid. The project began at mile marker 46.60 on I-89N and extends 1,550 lineal ft. into the Exit 6 off ramp. CEG