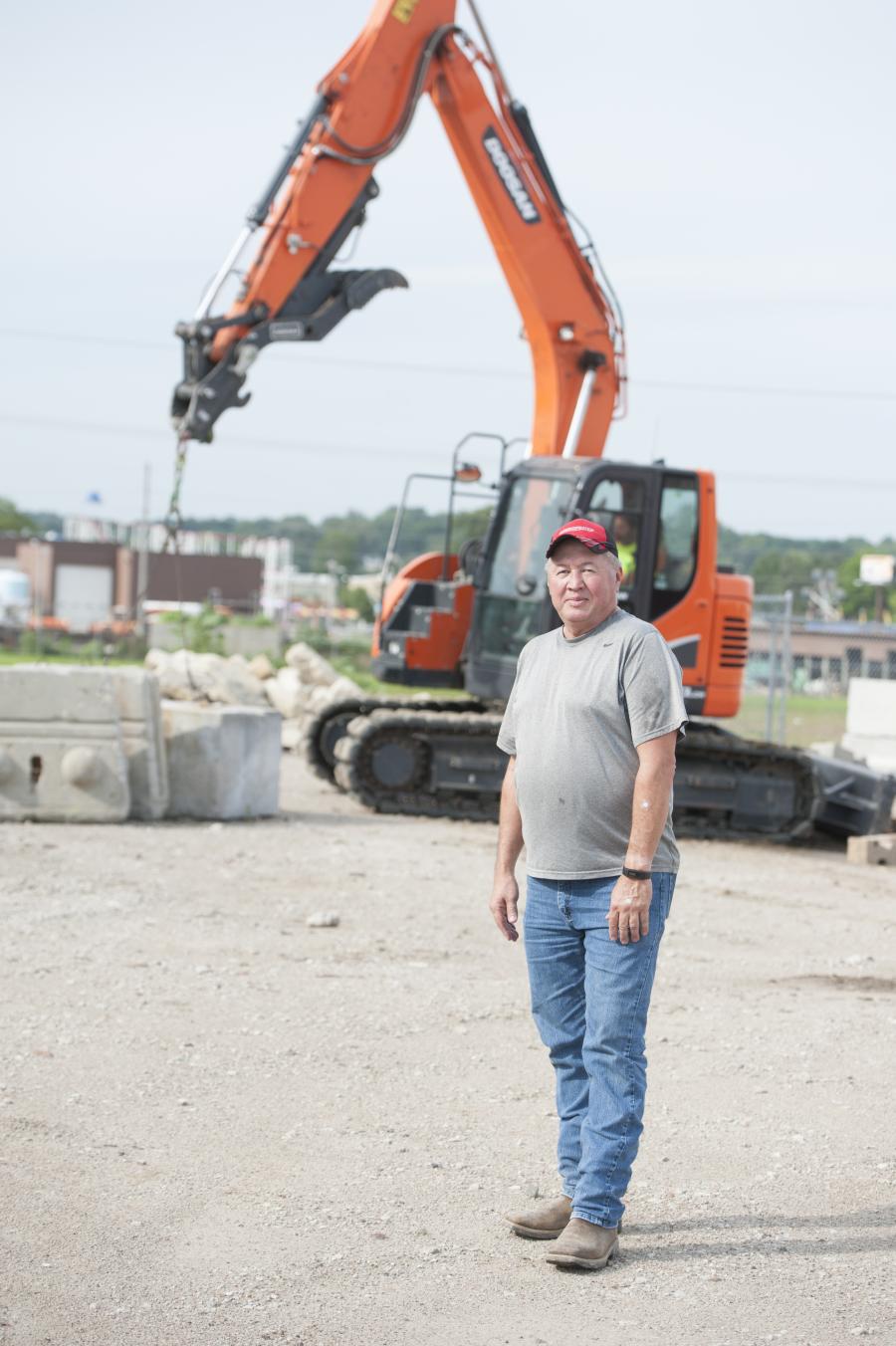 When the U.S. stock market plunged a shocking 508 points on Oct. 19, 1987, many business owners feared that the construction market would be largely impacted. It was, after all, the biggest one-day drop in the market. However, one aspiring entrepreneur who was not the least bit worried was Jim Linhart.

Linhart was so confident that he started Linhart Construction, an Omaha, Neb.-based commercial and residential retaining wall business, using only a 1967 pickup, a skid-steer loader and a borrowed wheelbarrow.

eelbarrow. "I had worked for my father for several years before starting my business, so I knew what hard work was like," Linhart said. "For the first five years, I worked 12-hour days, seven days a week, primarily building concrete and brick patios with the help of a couple full-time employees. Starting my own construction business was difficult and demanding, but it was one of the best things I could have done."

When Linhart was looking to buy a new piece of equipment to help complete retaining wall projects, he decided to give the unfamiliar Doosan brand a try. "I've had a great relationship with my sales specialist, Dave Goodsell at Bobcat of Omaha," he said.

After Linhart demoed a DX140LCR-5 excavator, equipped with optional two-way auxiliary hydraulics, quick coupler and a hydraulic clamp, he knew the machine would be his next equipment purchase. The excavator has just 9 in. (23 cm) of tail-swing overhang, making it an ideal machine when working on congested job sites without sacrificing performance.

"I needed a machine that had a greater lifting capacity and shorter tail swing than other competitive models, giving my operators the ability to work in more confined spaces without sacrificing performance," he said. "During the demo, I quickly realized the DX140LCR-5 would be versatile enough to install retaining walls on a variety of job sites."

The DX140LCR-5 has played an important role in the retaining wall installation process by excavating the soil around various structures, including concrete, asphalt, wood, gravel and established lawns.

With a lift height of approximately 15 ft. (4.6 m) and a lift capacity of up to 10,000 lbs. (4,536 kg), Linhart's crew can easily place concrete blocks using the excavator bucket's lift eye. In addition to lifting, Linhart makes the most of a two-way dozer blade on the DX140LCR-5 to simplify backfilling and enhance the machine's stability.

"The dozer blade complements the bucket, allowing the excavator to easily fill, smooth and level trenches more efficiently," Linhart said. "The smooth cutting edge on the bucket allows my operators to clean right up to the edge of the dozer blade, reducing the need for further cleanup and maximizing their time."

Plus, the excavator's robust design allowed Linhart's crew to moderately grade the site, reducing the need for other equipment on the job site.

This story was reprinted with permission from Doosan's DoMORE Magazine, Winter 2017 edition.