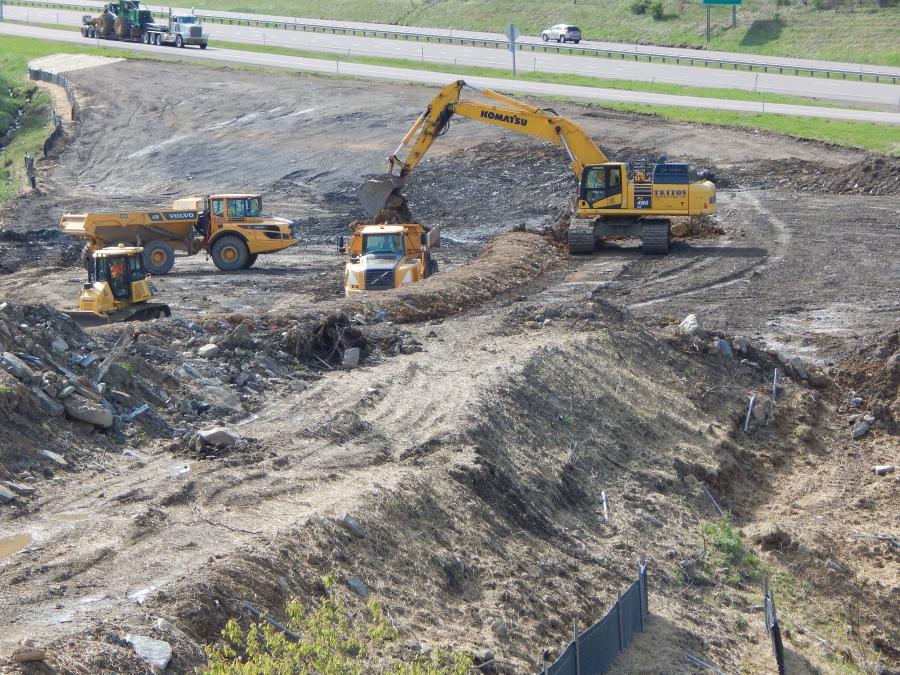 A long-awaited design-build project has finally begun near Grantsville, Md. The MDOT SHA project involves the realignment of U.S. Route 219 between I-68 and Old Salisbury Road.

A long-awaited design-build project has finally begun near Grantsville, Md., which is in Garrett County, the western-most part of the state. The Maryland Department of Transportation State Highway Administration (MDOT SHA) project involves the realignment of U.S. Route 219 (Chestnut Ridge Road) between I-68 (National Freeway) and Old Salisbury Road.

According to Charlie Gischlar, MDOT SHA media relations manager, the four-lane divided highway project is 1.5 mi. (six lane miles plus shoulder) in length and is very complex involving many phases of construction under traffic at the I-68 interchange. 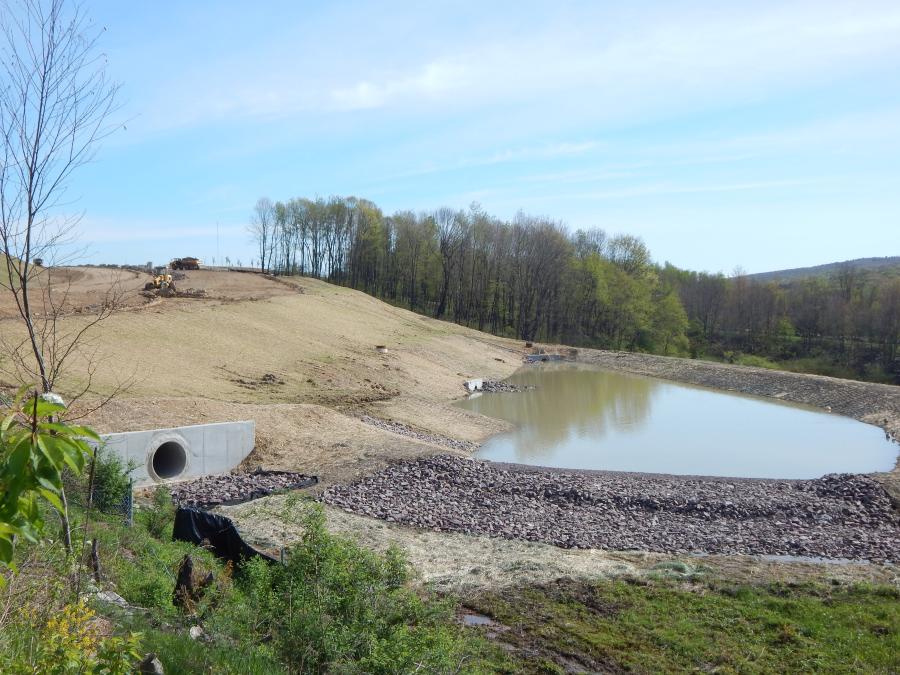 The total cost of the project is $61.5 million, which comes from a mix of state and federal dollars, including Appalachian Development Highway System Funds. Totals included $1.2 million for planning; $5 million for design; $3.8 million for right-of-way; and $51.5 million for construction.

Project completion is planned for summer 2021.

"The construction of this new four-lane divided highway not only requires major excavation work, but also reconstruction of the I-68/ U.S. 219 relocated (the new road) interchange," Gischlar said. "This reconstruction of the I-68 includes constructing two roundabouts, one on each side of I-68 and building a new bridge that will span U.S. 40 alternate (National Pike). Additional work includes improving a section of U.S. 40 alternate in the area where the new bridge will be constructed. U.S. 219 relocated will then tie back into existing U.S. 219, which will be re-designated as Business U.S. 219."

"The only real challenge with this project is the weather in Garrett County," said MDOT SHA District Engineer Anthony Crawford. "Winter weather tends to linger in the higher elevations of Western Maryland." 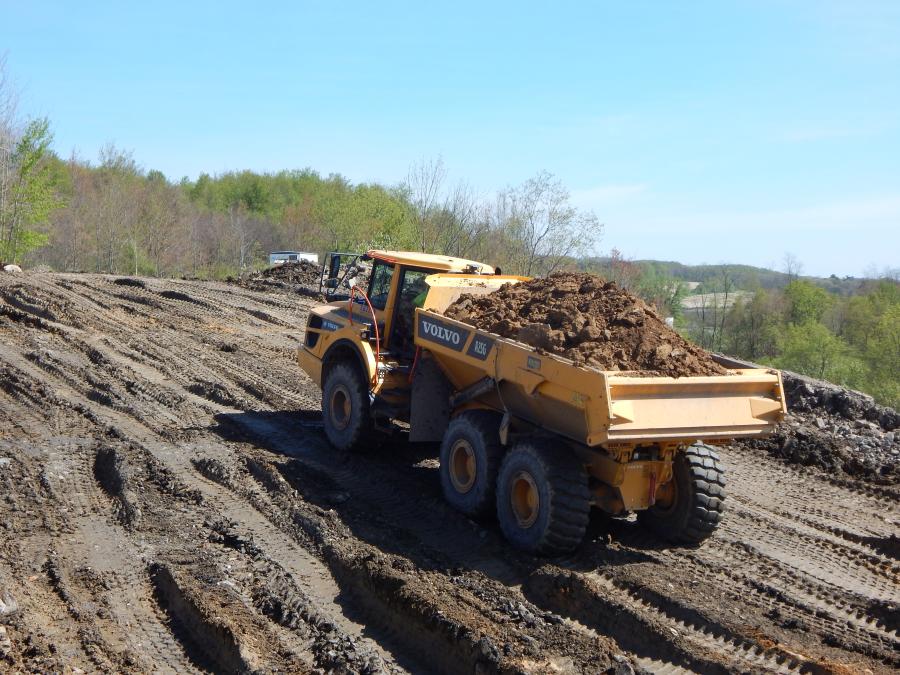 The project will separate through truck traffic from local traffic. The U.S. 219 Realignment will also support proposed economic development and growth in the region. The new four-lane highway will include a median, two roundabouts and turn lanes connecting to U.S. 219 Business.

According to MD SHA, the project will improve safety and operations and reduce congestion for local and through truck traffic. The new U.S. 219 will enhance safety and reduce travel time between Maryland and Pennsylvania.

As of the beginning of April, MDOT SHA reported that the project was about 22 percent complete. Contractor crews had completed clearing and most grubbing. They were actively excavating for storm water management ponds and other highway drainage systems. In June, crews will begin working on the new bridge that will carry U.S. 219 over U.S. 40.

"This project is another piece supporting the Appalachian Highway Development System [AHDS], which is part of the Federal Appalachian Regional Development Act of 1965," Gischlar said. "This act of Congress was enacted to provide safe growth opportunities for residents of Appalachia."

He noted that Pennsylvania recently opened an 11-mi. section of U.S. 219 (part of Corridor N). 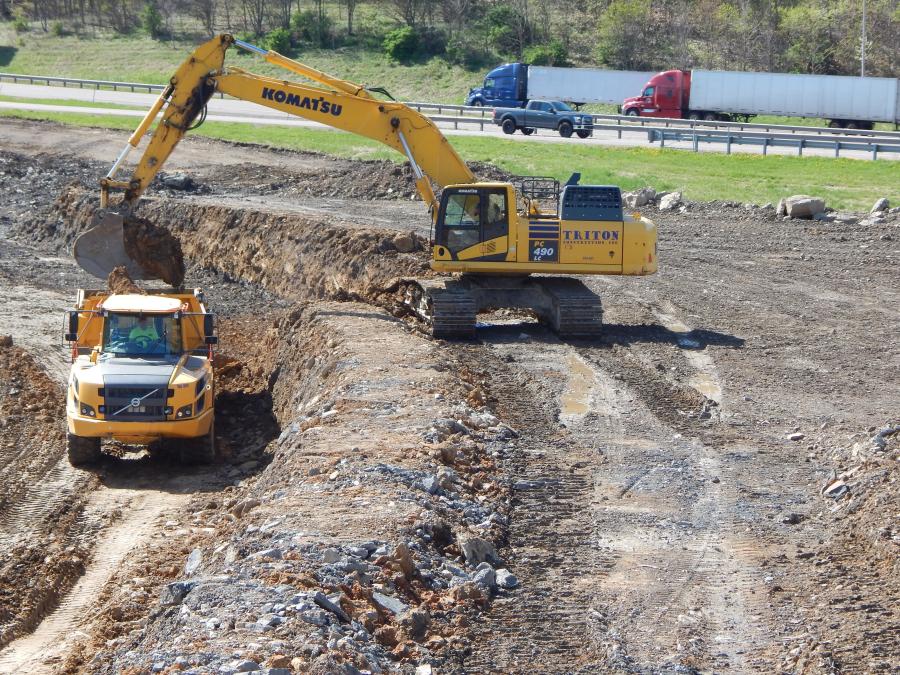 "This section of U.S. 219 between I-68 [National Highway] and Old Salisbury Road is an opportunity for connectivity between states," he said.

In July 2016, the MDOT SHA and the Pennsylvania Department of Transportation (PennDOT), in coordination with the Federal Highway Administration (FHWA), completed the U.S. 219 I-68, MD to Myersville Pa., Planning and Environmental Linkages (PEL) Study. During the study, the project team identified this stand-alone project in Garrett County. It was broken out from a larger study to upgrade and/or relocate U.S. 219 from I-68/U.S. 40 to the Pennsylvania state line.