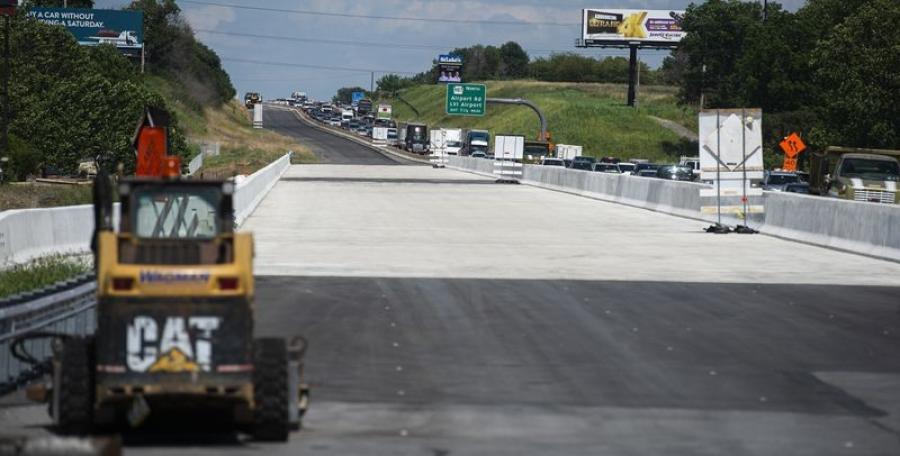 Traffic flows on Route 22 with a new portion of the bridge nearly finished. The project is entering its final stages. (The Morning Call photo)

Two Lehigh Valley bridges — the final projects in a statewide bridge replacement project — should finally be completed in early August after years of delays.

Andy Dressler, a spokesman of the Walsh Group, said July 13 that construction on the Hamilton Street Bridge over Cedar Creek should reopen by early August, barring any weather delays.

The Race Street Bridge in Catasauqua should be completed around the same time, although it opened July 9 despite still needing to be coated with an overlay, he said.

The projects are part of a unique public-private partnership the state approved in 2014. Rather than have PennDOT contractors bid for different phases of the work such as engineering and construction, companies formed partnerships and bid on a package of 588 bridges.

Dubbed the Rapid Bridge Replacement project, the $899 million contract was awarded to Plenary Walsh Keystone Partners with an expected completion date of August 2018.

The work proved to be less rapid than hoped. The state agreed to pay an extra $43 million and extended the deadline by four months, but work was still not completed when 2019 rolled around. Some unusually wet summers led to delays, but unexpected conditions at Race Street and Hamilton Street pushed those projects back further.

Officials with Plenary Walsh said workers at both sites discovered natural wells when they drilled into the limestone bedrock, causing flooding. The coronavirus pandemic delayed construction another month, Dressler said.

The process dragged out considerably as a result. The Hamilton Street Bridge was expected to be done by December 2018 in a 10-month project. Should it be completed in the next few weeks, it will have been nearly two and a half years of work. The state did not make any additional payments for the delayed construction over the last two years, but Dressler said Walsh Construction would consider similar projects in the future.

"I believe it went well and it benefited both the Department of Transportation and the citizens," he said.

Other Lehigh Valley bridges replaced through the project include the Route 33 bridges over Route 22 and the Hamilton Boulevard bridge over Iron Run in Upper Macungie Township. Plenary Walsh will be on the hook to maintain the bridges for 25 years after they reopened.