Building the dam required 2.75 million cu. yds. of earth obtained from a nearby borrow pit.


The Lane Construction Company of Meriden, Conn., built the Cannonsville Dam and Reservoir under an $11.7 million contract with the New York City Board of Water Supply. The project was completed in 1964. The dam and reservoir is located on the west branch of the Delaware River within the towns of Tompkins and Deposit, Delaware County, N.Y. It has a capacity of 95.7 billion gallons. The dam was constructed of a rolled earth embankment 175 ft. (53 m) high and 850 ft. wide at the base. It required 2.75 million cu. yds. (2.1 million cu m) of earth obtained from a nearby borrow pit. The material was loaded with four Kolman belt loaders charged with bulldozers. 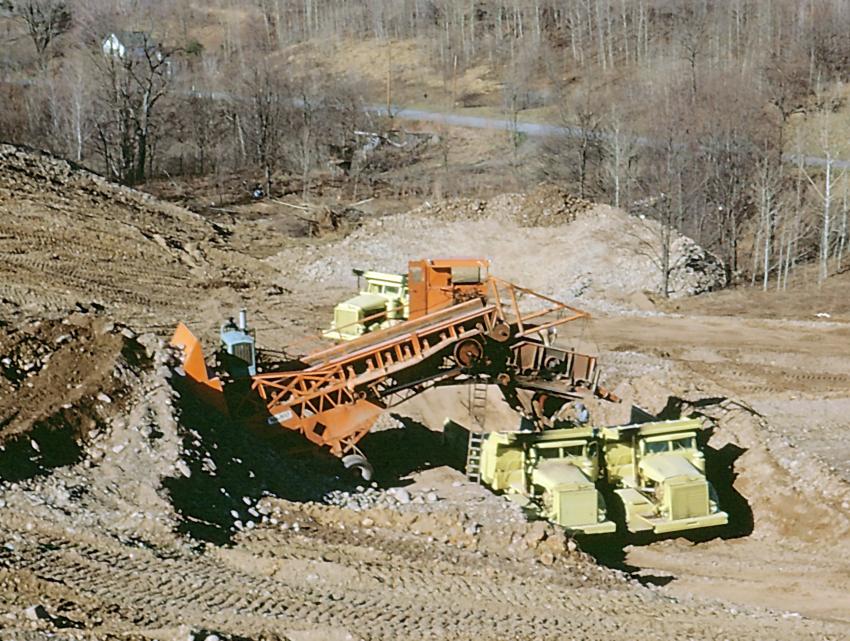 Lane Construction photo One of the four Kolman belt loaders is seen in this circa 1962 photo. The oversize material not suitable for use in the dam is being scalped by a screen. The haul trucks are Euclid R-27 end dumps. 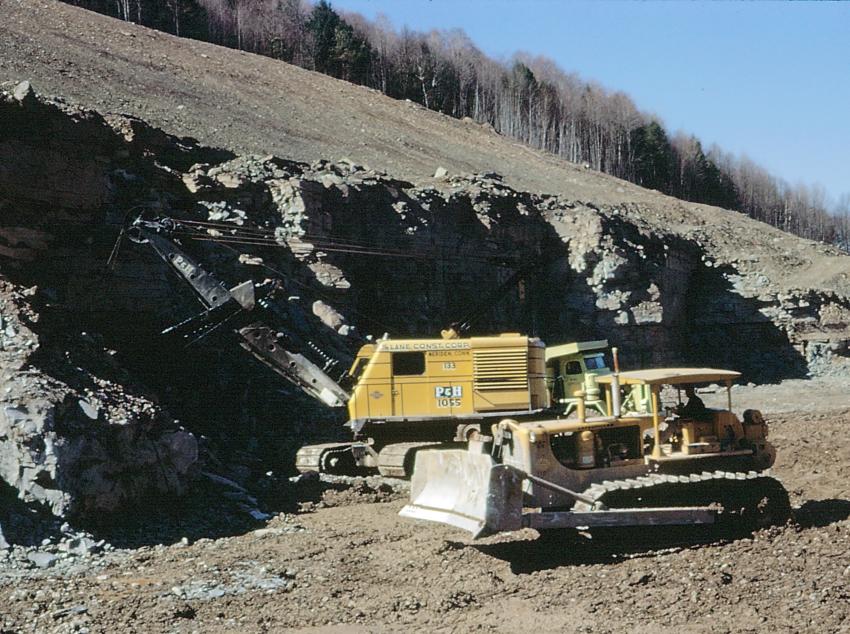 Lane Construction photo A Lane Construction P&H 1055 shovel loads a Euclid R-27 end dump with blasted rock. A Caterpillar D8 tractor with a cable bulldozer is keeping the cut floor dressed. The rock is being excavated to construct the dam weir or spillway. 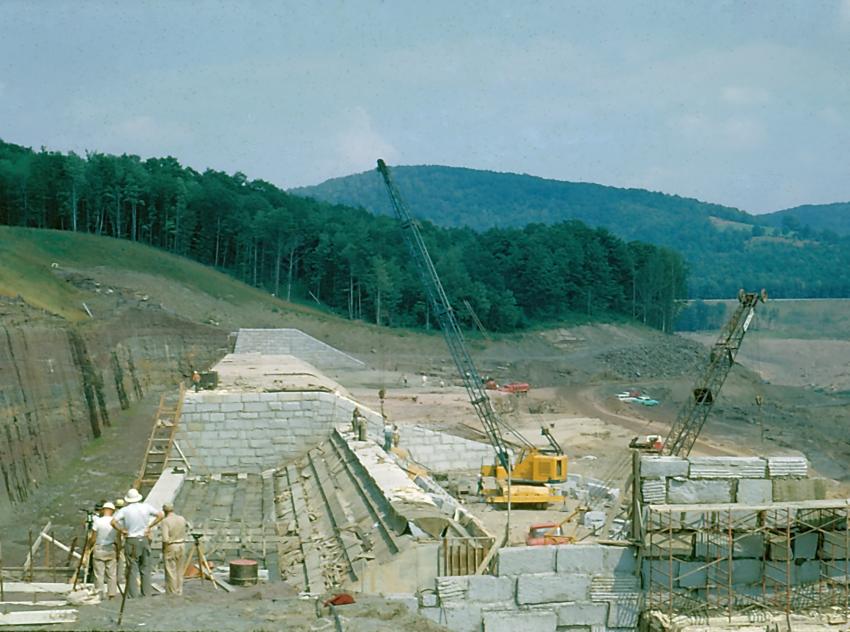