Images show the early construction of a landmark that belongs to the entire world.


Four NYC contractors formed a joint venture to construct the United Nations headquarters in New York. The group, Fuller-Turner-Walsh-Slattery Inc., submitted the low bid of $24 million and was awarded the contract in January 1948. Slattery Contracting began preliminary demolition and excavation work at the building site in 1948 under a separate $500,000 contract. The UN site is located between First Avenue and East River Drive from 42nd to 47th streets. American Bridge Company of New York was awarded a contract for furnishing and erecting steel for the structure. 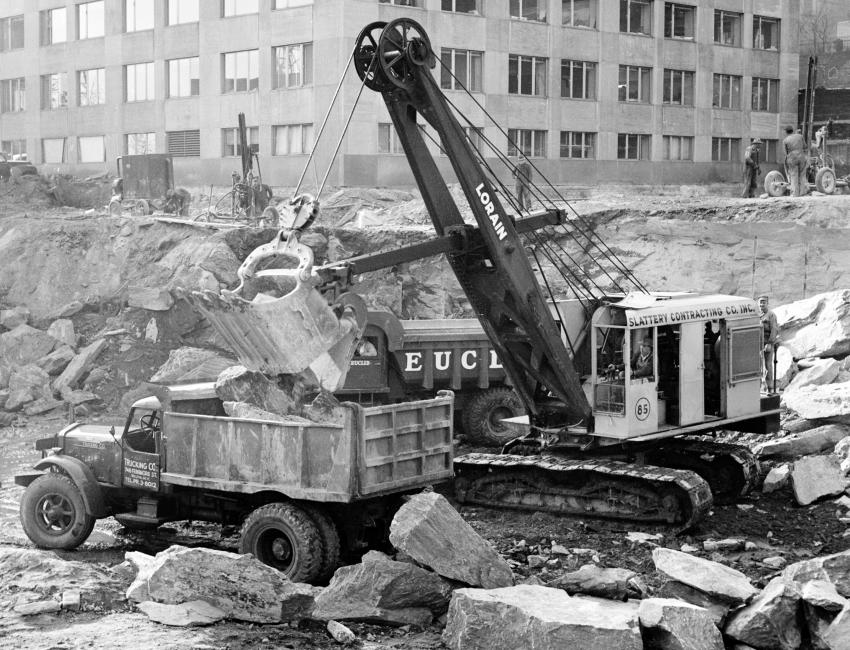 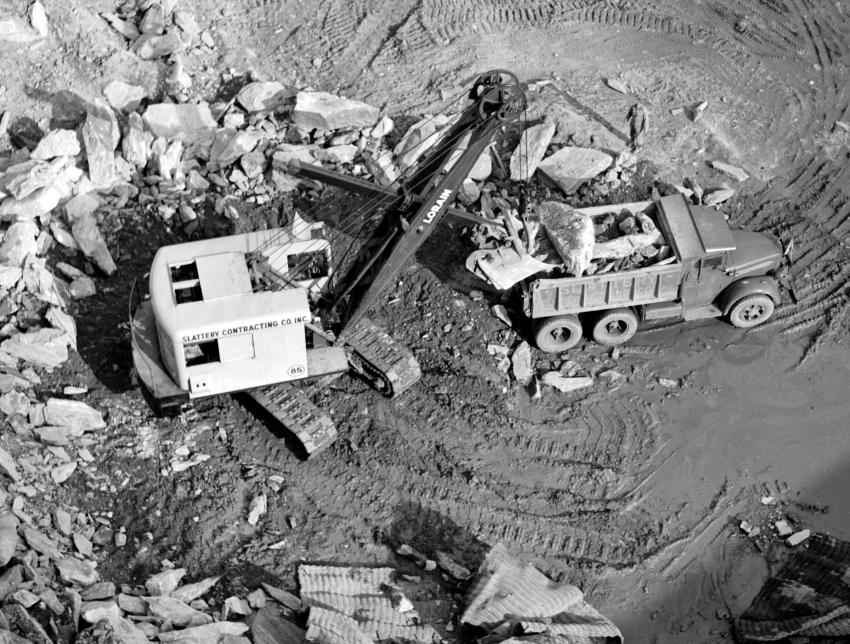 Author’s Photo Collection A view of the Lorain 820 shovel shot from above. The shovel is loading rock into a Slattery Mack LJ ten wheeler. Note the blasting mats in the foreground. Slattery used a Northwest 80-D, a Bucyrus-Erie 38-B and two Lorain 820 shovels on the project. 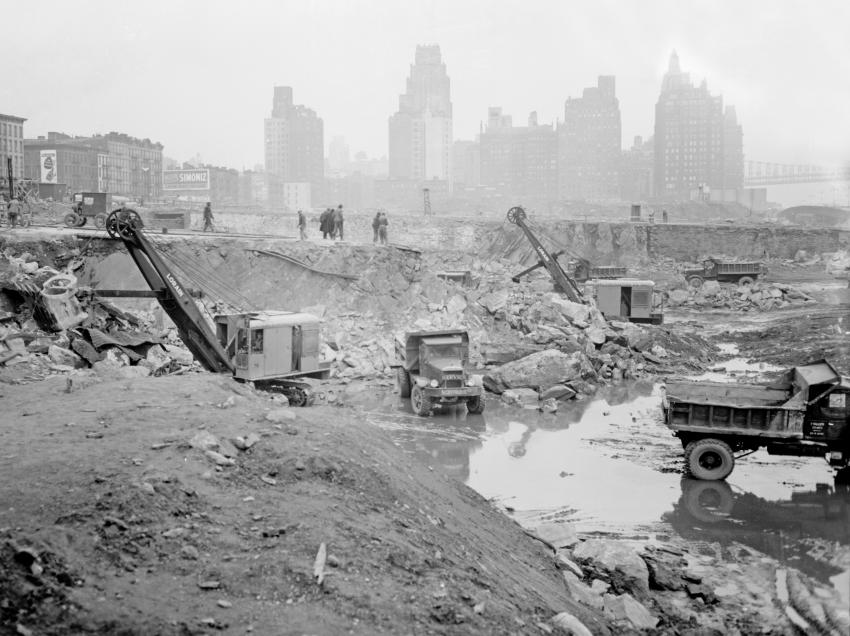 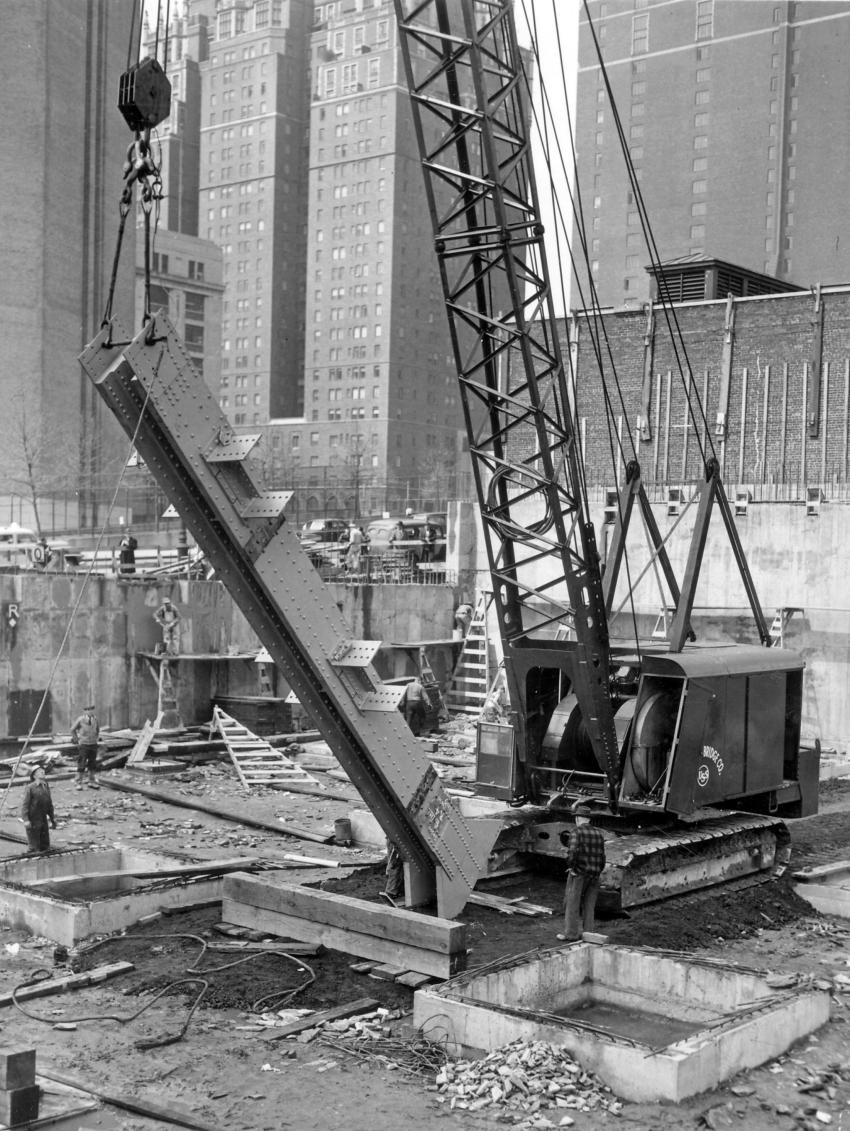