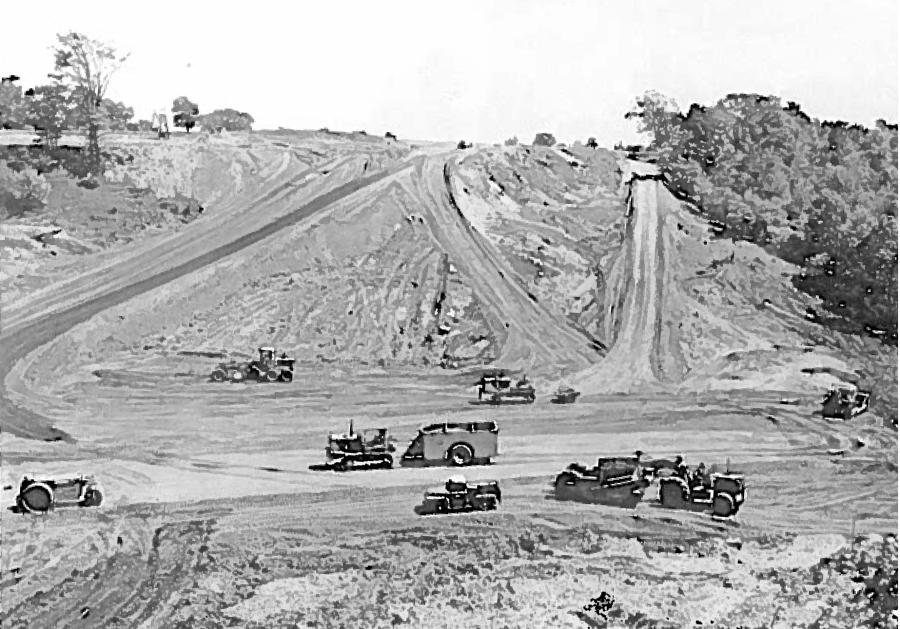 The 8.71-mi. section extended from Indian Castle to Caroga Creek and called for grading, structures and paving. A Caterpillar DW-20 scraper, several Caterpillar D8 dozers and a Caterpillar grader are seen here working on a deep fill section.

S. J. Groves & Sons was founded in 1905 by Stephen J. Groves in Minneapolis, Minn. Groves started by contracting basement excavation with horses and slip scrapers and eventually grew to become the largest road builder in America by the 1970s The company built highways, bridges, dams and airfields.