Luff It Or Leave It: Using a Luffing Jib for Safety's Sake 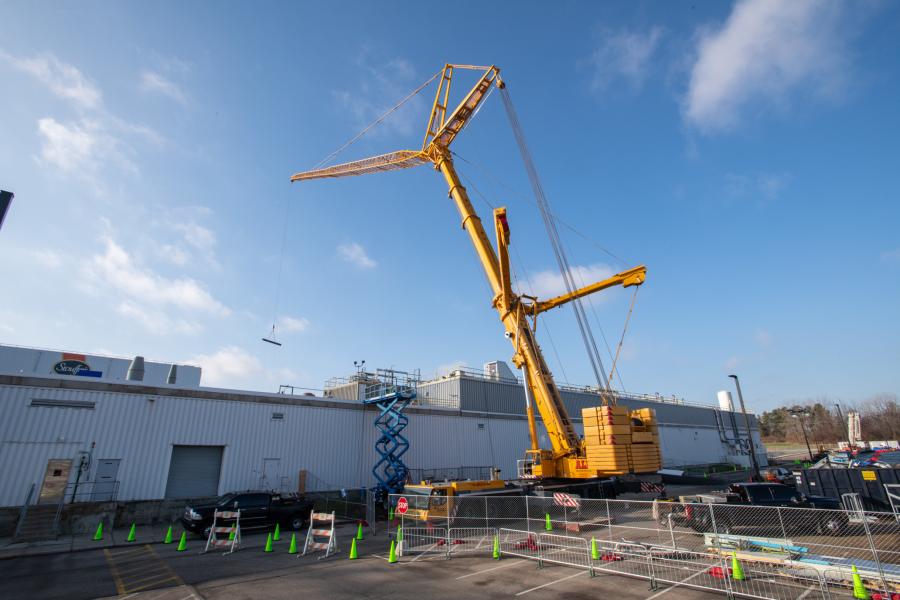 The job required lifting 14-ft. sections of alloy piping and placing them on top of a food processing plant in Solon, Ohio, as part of a new HVAC system.

Luffing jibs are often the unsung heroes of certain crane lifts. In fact, many jobs couldn't be done without them.

Any time material needs to be lifted up and out — or over a large structure or obstacle — luffing jibs are there. They provide the same capabilities as a crane with straight boom, but can do so much more. With a main boom and luffer combo, keeping the heavy main boom tight and in allows greater leverage, increasing the crane's chart even though it is delivering long reach.

A recent job performed by ALL Erection & Crane Rental, a member of the ALL Family of Companies, demonstrated the value of having luffing jibs in the company's arsenal.

The job required lifting 14-ft. sections of alloy piping and placing them on top of a food processing plant in Solon, Ohio, as part of a new HVAC system. ALL specified a 600 ton Liebherr LTM 1500-8.1 for the job, configured with 155 ft. of main boom then fully dressed with 299 ft. of luffing jib and 363,800 lbs. of counterweight, plus the addition of a guided boom and a spacer for greater strength. It all added up to give the crane a huge lift radius of 340 ft. 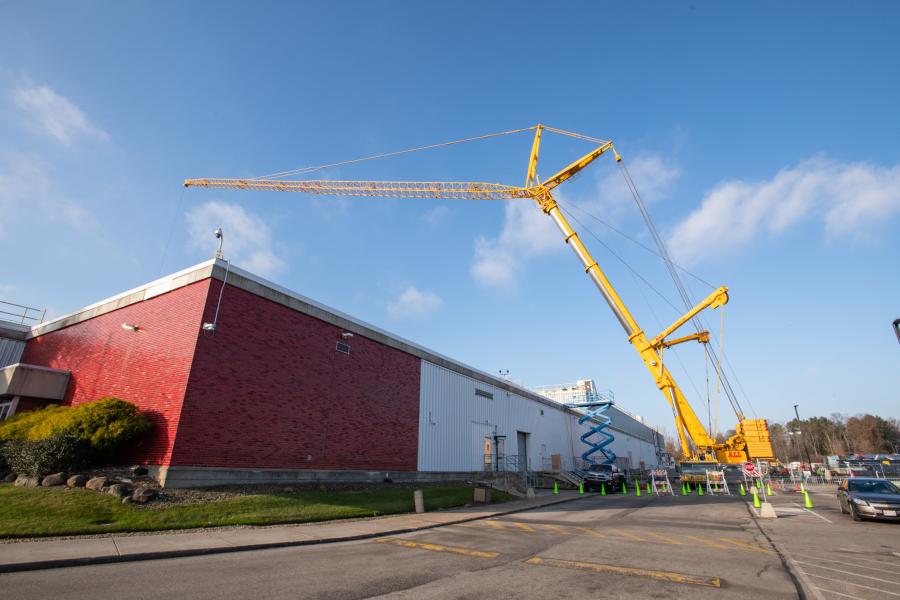 The LTM 1500-8.1 was positioned alongside the plant in a fenced-off portion of the building's parking lot. The use of the luffer gave the machine the reach needed to set the pipes in the middle of the roof, and also preserved a capacity of 7,300 lbs. — comfortably accommodating the 2,500-lb. pipes.

Mike LiPuma, lift planner and sales manager of ALL Crane, explained why this configuration was needed to make the lifts.

"It all comes down to safety. This was the correct way to do it," said LiPuma. "The pipes needed to be set deep in the middle of the plant's roof, which make the long reach necessary."

LiPuma said attempting to perform these without the luffing jib would have put workers at the job site in unnecessary danger.

"Configured without a luffer, a crane would only have been able to set the pipes onto a cart on the edge of the roof. Workers would then have had to attempt to roll the long, heavy pipes along the roof to the work area."

It's important to note that this roof isn't a wide expanse of flat surface. It is already peppered with other piping, electrical wiring, ventilation units, and the like, increasing the difficulty of delivering pipes essentially by hand. 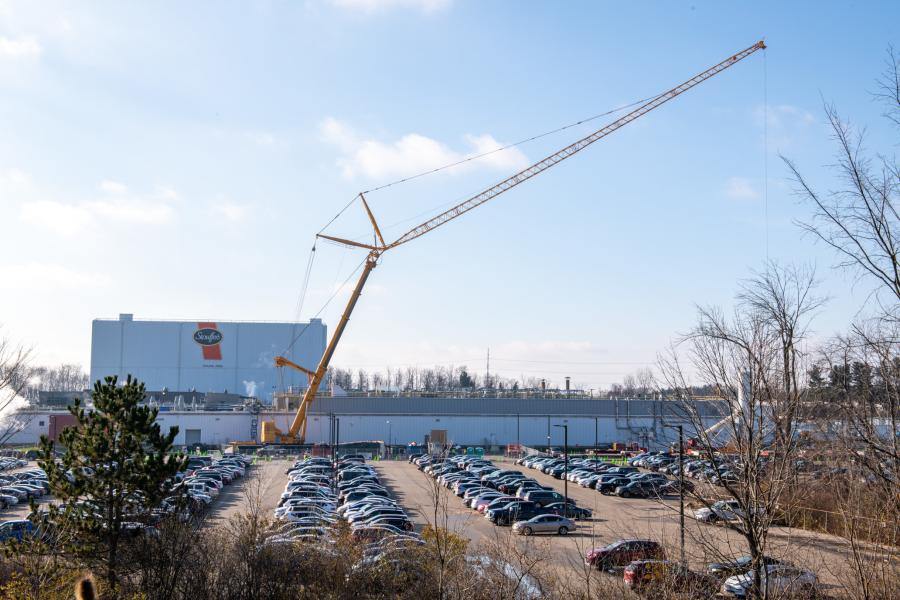 "Instead, by using the luffing jib, the crane can set the pipes exactly where they are needed," said LiPuma. "We were also able to hold pipe for welding when necessary."

Lipuma said ALL routinely stocks luffing jibs for many cranes in its fleet because of how they allow cranes to adapt to different applications.

"Not every company wants to make the investment, but we feel it's important because there are some jobs where luffers are a necessity, and we want to be prepared for any customer need," said LiPuma.

All Erection and Crane Rental ALL Family of Companies Cranes Ohio