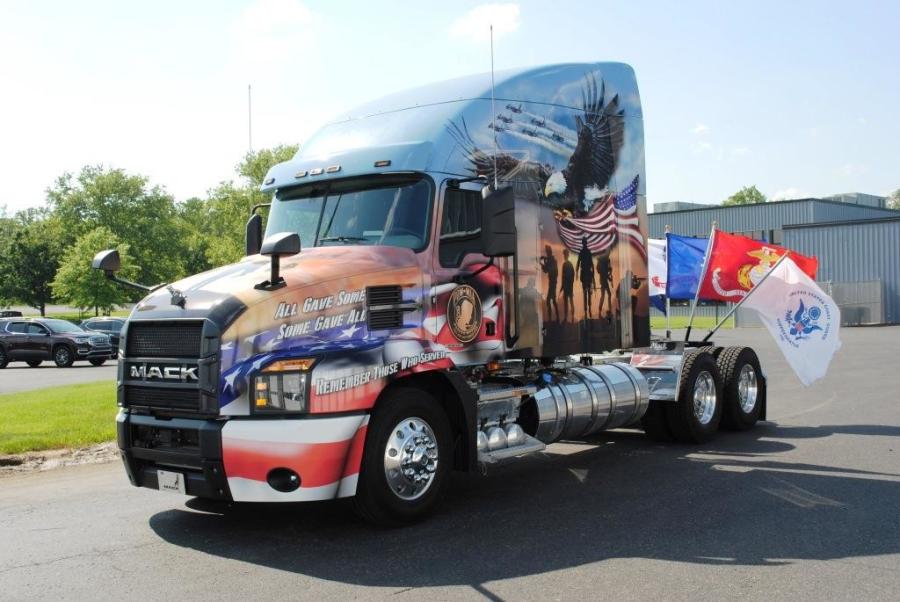 For the event, Mack customized a Mack Anthem model as its 2018 Ride for Freedom truck.

Mack Trucks once again joined in a tribute to military men and women who have fallen in the line of duty with its participation in the 31st annual Rolling Thunder — Ride for Freedom rally. The event, which took place May 25 to 28 in Washington, D.C., honored fallen military heroes and drew attention to continued efforts to recover prisoners of war and those missing in action. Mack's Lehigh Valley Operations, where all Mack vehicles for North America and export are assembled, and Mack Customer Center employees traveled from Pennsylvania by truck and motorcycle to Hagerstown, Md., for a special memorial ceremony at Mack's Hagerstown powertrain facility. Hagerstown employees then accompanied their colleagues as they continued to Washington, D.C., to join thousands of other Ride for Freedom participants. For the event, Mack customized a Mack Anthem model as its 2018 Ride for Freedom truck, featuring graphics to honor each branch of U.S. Armed Forces and prisoners of war. On the side of the truck are the words, “All gave some; some gave all. Remember those who served.”