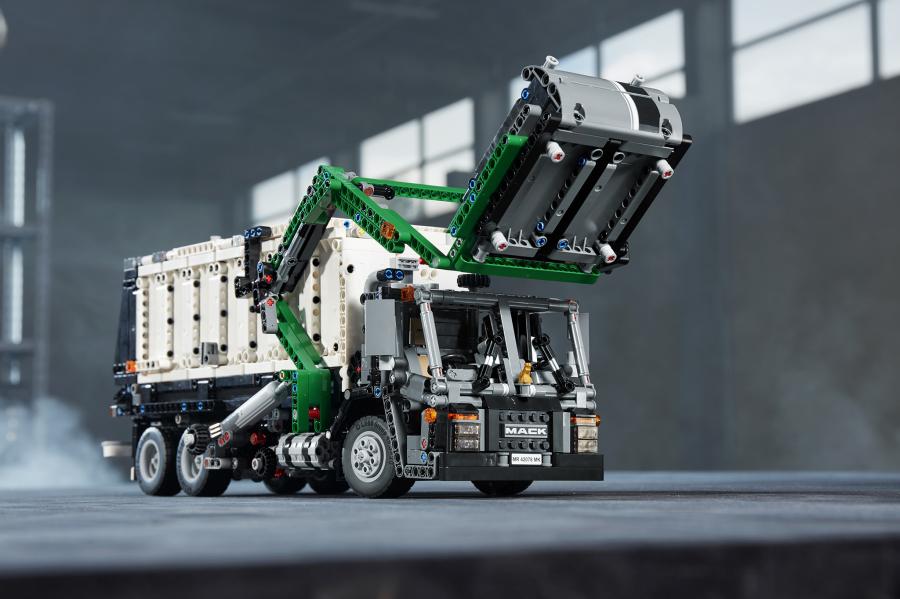 Mack Trucks teamed up with the LEGO Group to develop a LEGO Technic kit that can be used to build extremely detailed models of the Mack Anthem or Mack LR models. With 2,595 pieces, including a very special replica of the Mack Bulldog hood ornament, it’s the fifth-largest LEGO Technic set ever.

“This is the first time the launch of a LEGO Technic set has coincided with the launch of the actual product to market,” said John Walsh, vice president of marketing, Mack Trucks. “We worked extremely hard with the LEGO team to deliver a true-to-life representation of the Mack Anthem that folks everywhere will enjoy, whether they're associated with trucking or not. We are particularly thrilled that LEGO designers ensured the ultimate finishing detail by immortalizing our Bulldog hood ornament in LEGO form, which speaks volumes to the value they saw in partnering with the Mack brand.”

Mack and LEGO designers began collaborating on the project in mid-2016 with a series of online and in-person meetings. The LEGO design team traveled to Mack's Greensboro, N.C.-based headquarters to drive the Mack Anthem and LR models on a test track, giving them first-hand experience with the trucks' scale and presence.

Features include an interior complete with a detailed dashboard and steering wheel, sun visors, adjustable seats and bunk bed. A working driveline featuring an engine with a spinning radiator fan and moving pistons is also part of the kit. The pistons even move in the correct firing sequence for a Mack MP engine.

“The Mack product design team had fun working with the LEGO Group and their team, but we took this as seriously as we would any other project,” said Lukas Yates, Mack chief designer — exterior. “We're excited about outcome and the opportunity the partnership has provided to build another lasting impression of the greatest name in trucks."

The LEGO Technic Mack Anthem set is available for purchase from the Mack Shop and the LEGO online shop.