Several upgrades and enhancements to Mack’s 11-liter MP7 and 13-liter MP8 boosted fuel efficiency from 2.1 to 8.8 percent compared with prior model year engines. 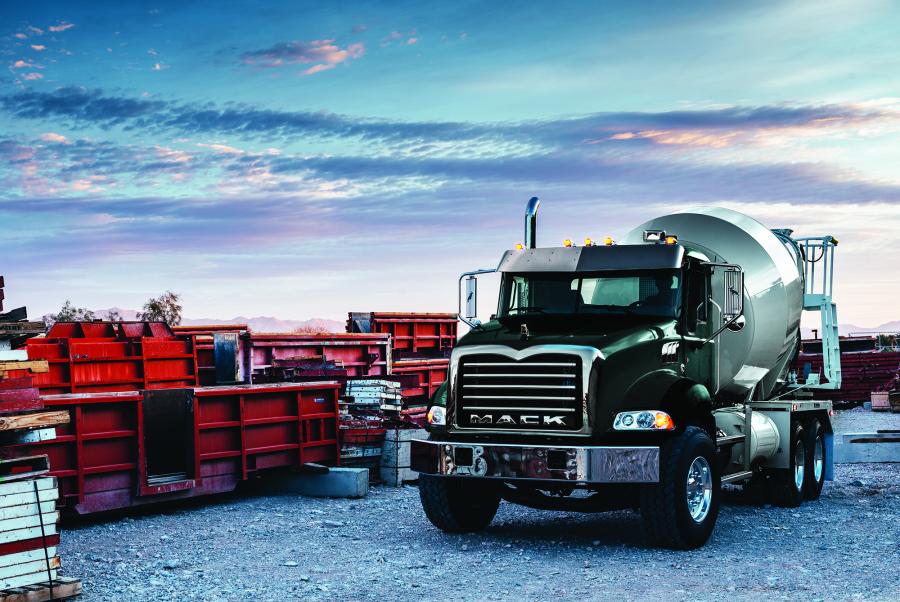 Several upgrades and enhancements to Mack's 11-liter MP7 and 13-liter MP8 boosted fuel efficiency from 2.1 to 8.8 percent compared with prior model year engines.

Mack made the announcement at the American Trucking Associations Management Conference & Exhibition in Las Vegas, Nevada.

Several upgrades and enhancements to Mack's 11-liter MP7 and 13-liter MP8 boosted fuel efficiency from 2.1 to 8.8 percent compared with prior model year engines.

A new two-piece valve cover, shimless rockers and a low-pressure fuel system with an enhanced, integrated aftertreatment dosing module to reduce maintenance needs were also added to both engines. An updated, double-walled EGR flow sensor helps reduce condensation and soot buildup in cold weather, while a new intake throttle enables a faster warmup when the engine is started.

“The 425 horsepower rating enables Mack to give customers 13-liter power in an 11-liter engine,” said Roy Horton, Mack director of product strategy. “The power that customers associate with a Mack engine is now improved and in a lighter weight design.”

Mack also will offer the 2017 MP8 engine with a turbo compounding system – available exclusively with Mack's SuperEconodyne downspeeding package – engineered to give customers in highway applications increased power and efficiency. Turbo compounding converts wasted energy from the exhaust into mechanical energy that is fed back to the engine. The system adds up to 50 additional horsepower, increasing fuel efficiency by up to 8.8 percent.

The additional power generated by the turbo compounding system allows the engine to maintain full torque as low as 900 rpm. This enables a broader operating range in top gear and also allows a truck to hold top gear longer when overtaking a hill, even with falling engine rpm.

Available in direct or overdrive configurations, the new Mack mDRIVE HD 13-speed offers a low reduction gear ratio designed for easier startability on steep grades or when the truck is hauling a heavy load. The Mack mDRIVE HD 14-speed, available only in an overdrive configuration, adds a second ultra-low-speed reduction gear designed for curb pouring applications or low-speed, heavy-haul maneuvering. Both transmissions offer up to four reverse gear ratios.

“The Mack mDRIVE has been a game-changer for the trucking industry since its introduction in 2010, and the mDRIVE HD has been as well since we introduced it in 2015,” Horton said. “The mDRIVE HD with 13- and 14-speed creeper gears is the next evolution, offering our customers an automated manual transmission with greater range and performance.”

The new Mack mDRIVE HD models share their architecture with the standard mDRIVE HD, including reinforced internal components and the same gear ratios for the 12 forward speeds. The addition of the low reduction and multispeed reverse gears is made possible by a short extension added to the front of the transmission case. Despite the additional capabilities, the new mDRIVE HD models are less than five inches longer and only 90 pounds heavier than the standard mDRIVE HD, maintaining a weight advantage of nearly 150 pounds compared with automatic transmissions.

Also new for 2017 is ClearTech One, which is more compact than a two-component system, allowing for a shorter wheelbase for improved maneuverability. The smaller package also is about 17 pounds lighter than the current two-unit EATS.

ClearTech One is optimized for passive regeneration and SCR performance. The SCR catalyst is mounted downstream of the DPF, preventing hydrocarbon, ash or soot from entering the system. There is also no need for a second Diesel Oxidation Catalyst to be located before the SCR system.

ClearTech One is available for order in Mack Pinnacleand Mack Granite® models. Mack also will continue to offer the two-unit ClearTech EATS for specific applications such as tandem steering.

Yet another fuel savings offering in Mack's suite of powertrain solutions is Mack Predictive Cruise, an intelligent system that memorizes a route when cruise control is on, storing up to 4,500 hills in its memory. When the driver next travels the same route, Mack Predictive Cruise engages mDRIVE to choose the most fuel-efficient gear.

Predictive Cruise constantly monitors speed, engine load, weight and the road gradient in order to select the best gear for the road ahead.

Mack Predictive Cruise can increase fuel efficiency by up to 1 percent and does not require a constant GPS connection.

Mack Predictive Cruise will be available for order in January 2017.