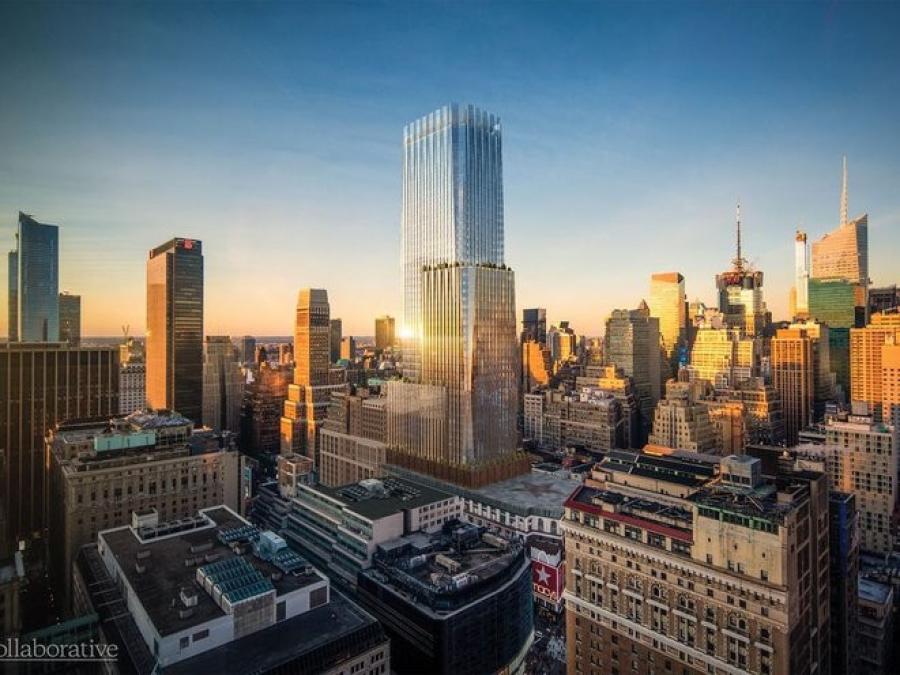 Rendering of the proposed skyscraper on top of Macy's. (FXCollaborative rendering)

Macy's revealed new renderings on May 10 that illustrate its plans to build a new office tower over its midtown Manhattan, N.Y., flagship location in Herald Square.

Two years after its initial announcement to build the skyscraper atop its landmark department store, the retailer also said that it will invest $235 million in the surrounding neighborhood — including new subway entrances and more pedestrian space.

The New York Post reported the multi-million plans could help get the skyscraper plans approved by easing "the project's way through the Uniform Land Use Review Procedure, the city's often contentious approval process. The tower needs City Hall's green light for a zoning change for its size and height — 1 .5 million square feet of office space and between 750 and 900 feet tall, according to plans shown earlier."

In a statement about the project, Macy's said that the Herald Square store will remain open during construction and that its plans will not "impact various classic and celebrated features at the store, including the wooden escalators that pioneered the technology when they were built in the 1920s."

Released to both the Post and to Gothamist, the statement said that Macy's is betting on creating its huge, new office tower because it "envisions a Herald Square that thrives long beyond New York City's current recovery from the global pandemic. As a leading center of international commerce, New York is forecasting a significant amount of new office jobs in 2021, expecting a return to pre-pandemic office employment levels by the fourth quarter and recouping office jobs lost at the outset of the pandemic. In addition, improved access to mass transit at this major crossroads for the city will be a significant investment in the future."

Macy's noted in its press release to the Post and Gothamist that these plans will be implemented only after it confers with the local community board and other concerned groups.

The retailer expects that its multi-million-dollar "renewal plan" will generate an estimated $269 million in new annual tax revenue and support 16,290 annual jobs, while fueling $4.29 billion in annual economic output.

"Macy's Herald Square is one of New York City's most iconic institutions and, as we plan for the future, we are doubling down on our commitment to New York by reinvesting in our flagship location while committing $235 million in private investment to upgrade the Herald Square neighborhood through our tower project," said Jeff Gennette, CEO of Macy's, in the company statement.

"We are proud to make this leadership investment in New York's recovery and are excited to welcome visitors back to Herald Square not only today, but for generations to come." 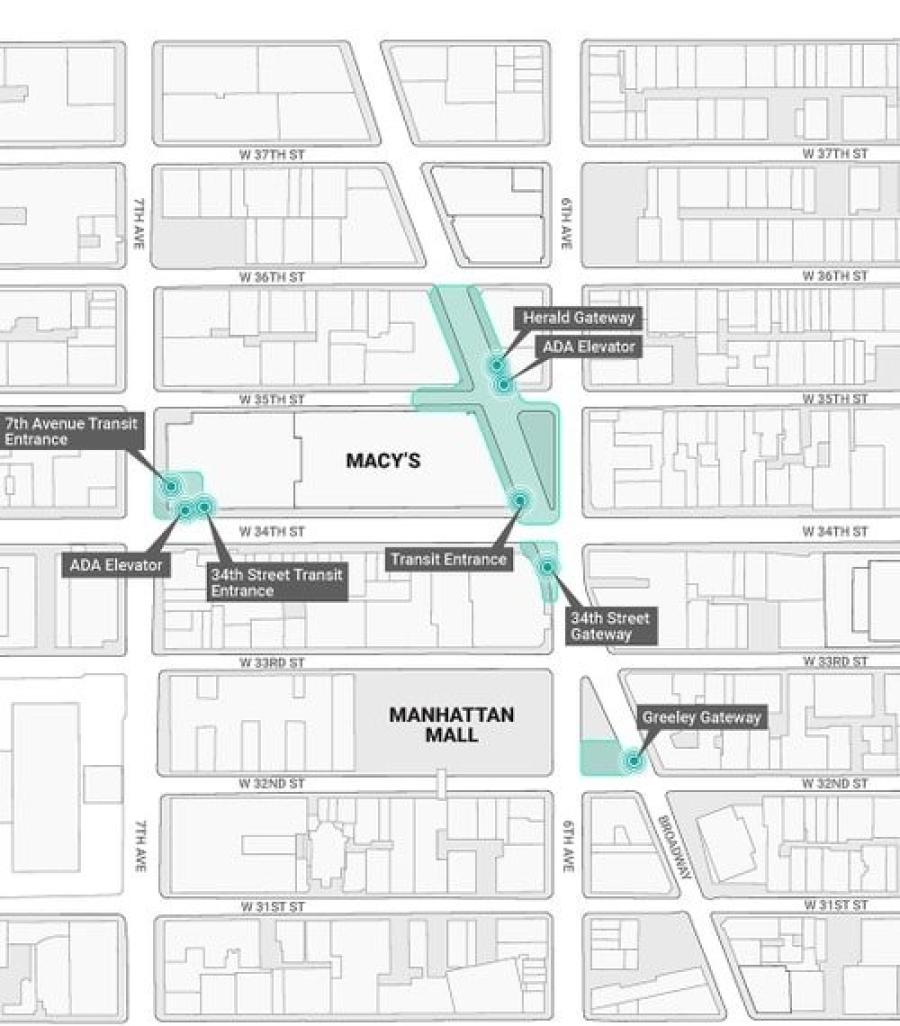 Macy's proposed changes for the neighborhoods.