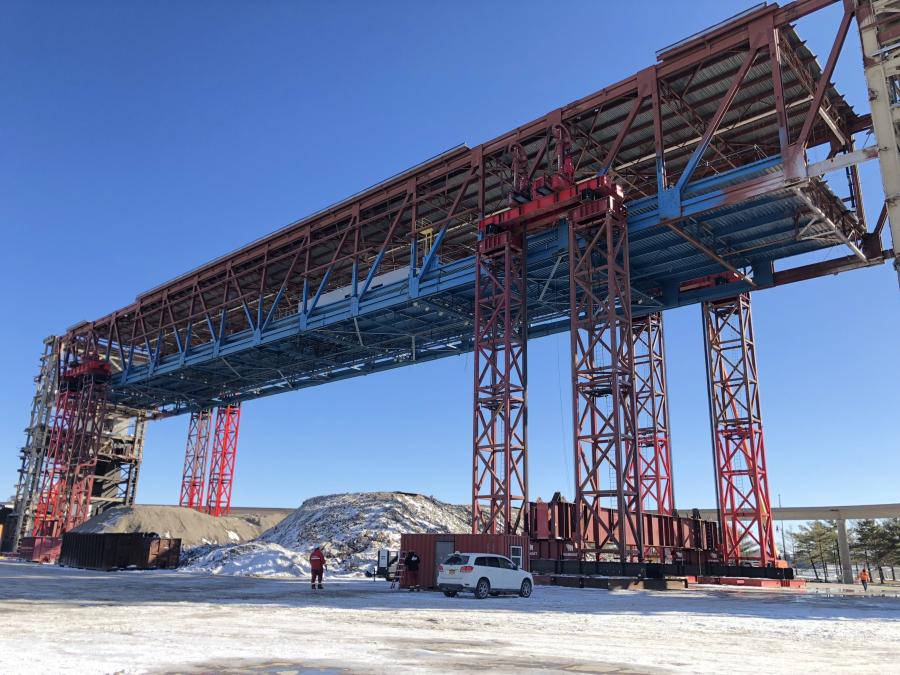 In the center of downtown Detroit, Michigan USA, a retired hockey arena stood in the way of the development of a section of land on the Detroit River at the border of the USA and Canada. To help facilitate the demolition of this arena, Mammoet was contracted to lower the main roof truss of the Joe Louis Arena.

Due to the arena's proximity to a neighboring metro center and a large underground sewer main which ran beneath the truss, the demolition required a traditional dismantling method rather than implosion.

Mammoet's client, Adamo Group Inc., was challenged with the removal of the roof truss structure and the original approach was to dismantle the truss at height beam by beam. However, Mammoet proposed lowering the entire roof truss structure in a single piece where it could be more easily accessed for further dismantling.

This method would require a coordinated effort by Mammoet's expert personnel and specialized equipment working alongside Adamo's experienced demolition team to bring down the truss within a narrow window of acceptable weather conditions.

The main roof truss, which contained the arena's penthouse, was the not only the largest component to be removed but also the last. The roof truss itself was 440 ft. (134 m) long and consisted of steel construction with concrete decking weighing 2,480 tons (2,250 t).

To lower the truss without jeopardizing the existing nearby infrastructure, Mammoet proposed placing large beams underneath the truss to lift the structure from its existing supports and lowering the piece onto supports using strand jacks. 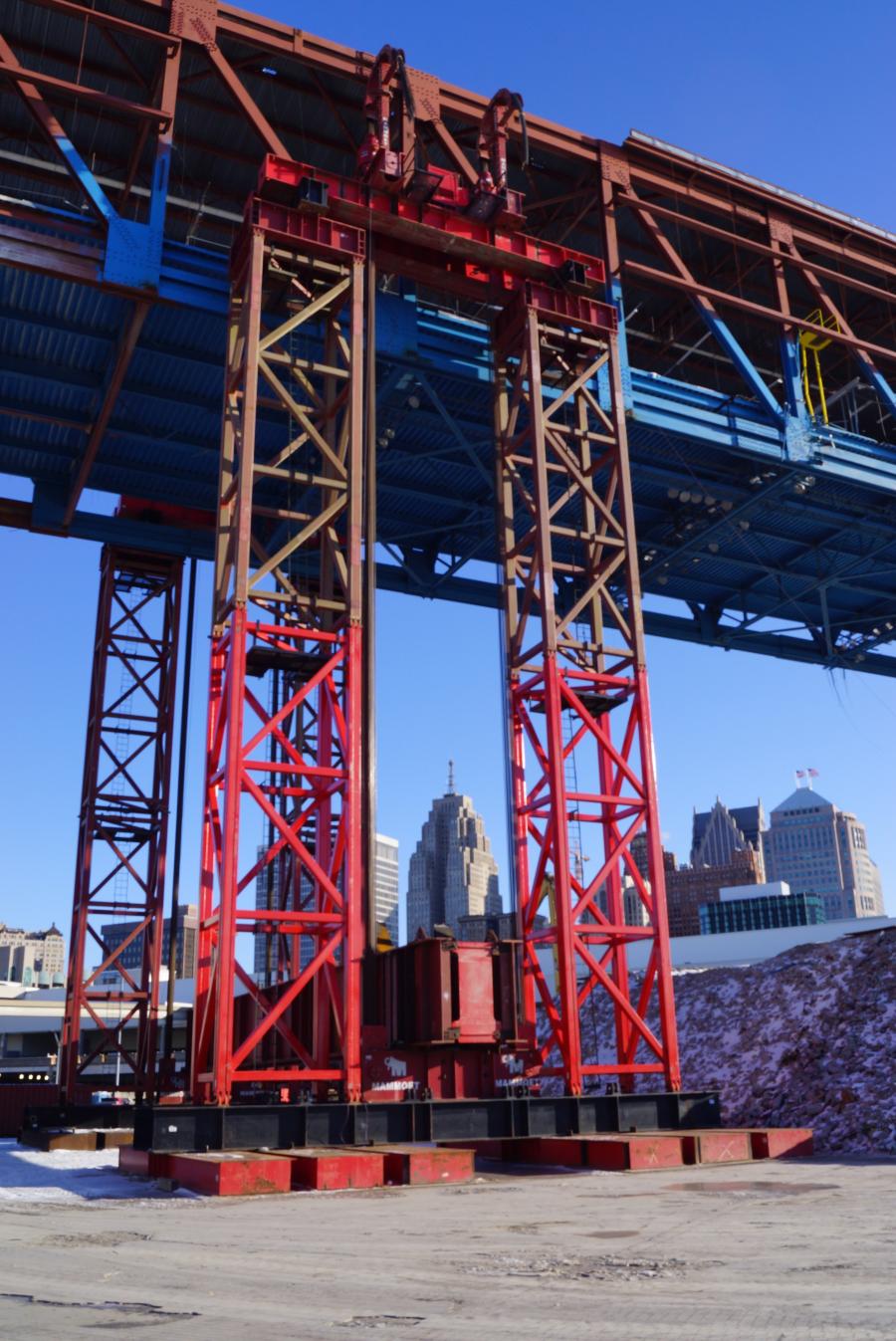 The starting height of the roof was 85 ft. (25 m) and Mammoet safely lowered it to 20 ft. (6 m) so that the client's equipment was able to reach the truss to cut it into smaller, more manageable, pieces.

Due to the lack of detailed information about the truss and its weight, a lifting procedure was developed with input from field supervisors and engineering to lift the truss free while still allowing the operation to be safely aborted should the weight of the truss be greater than that originally estimated.

On the day of the lowering, the Mammoet team lifted the truss to verify its weight and, once deemed acceptable, the client removed the ends of the truss to provide clearance to lower it past the existing supports.

Mammoet utilized eight strand jacks for lowering and two pairs of 8 ft. (2.4 m) tall girders, braced together, to support the roof. With so many jacks connected to one rigid piece, the Mammoet team had to carefully monitor the truss during lowering to ensure that both the truss and the lifting equipment were loaded as designed.

Within four hours of the ends being cut free, Mammoet's team of six had successfully completed the lowering of the truss and set it on the client's shoring piles.

During both the planning phase of the project and the execution, both parties worked together to ensure that all work needed to lower the roof truss could be accomplished in minimal time and without any compromises to the safety of those involved. Ultimately, the team effort to lower the truss in a single piece proved to be a safer method than the beam by beam demolition, while providing more control during execution. 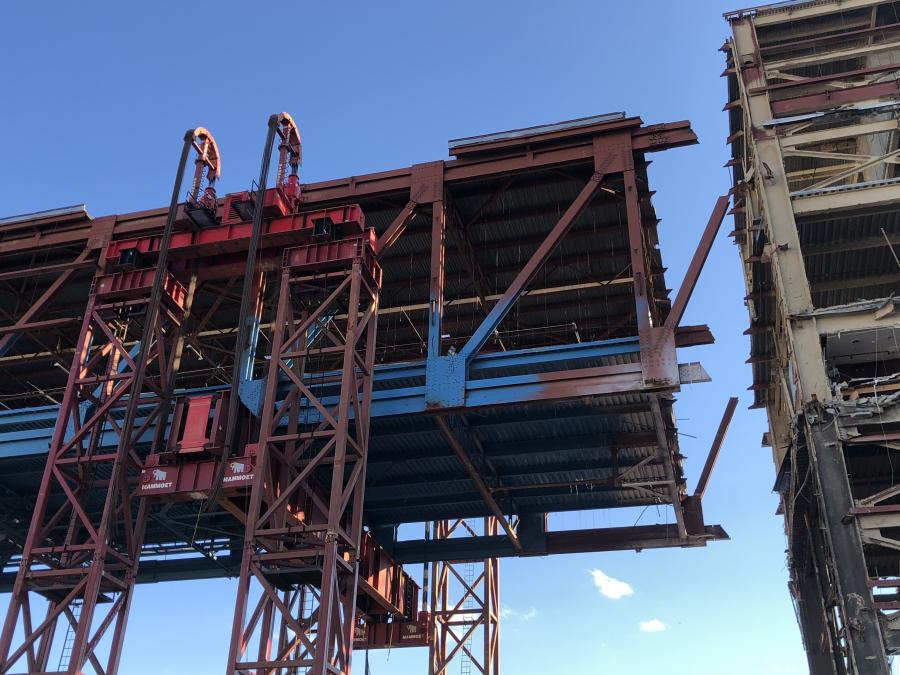 Richard M. Adamo, president of Adamo Group Inc., elaborated on his experience working with Mammoet, "I would recommend Mammoet to other contractors as they display real professionalism on the job. The team is very engaged and willing to overcome obstacles collectively and come up with solutions. With safety being of paramount importance on this project, and sensitive in nature due to the close watch of the public's eye, Mammoet took all necessary precautions. It was a wonderful experience working alongside this team."

"The Joe," as it is affectionately referred to by locals, opened in 1979 and hosted numerous Detroit Red Wings hockey games, sporting events and concerts before holding its final event in July 2017. The arena that housed more than 20,000 spectators per event is named after a former heavyweight champion boxer, Joe Louis, who grew up in Detroit. In the future, developers aim to revamp the area for mixed-use development. 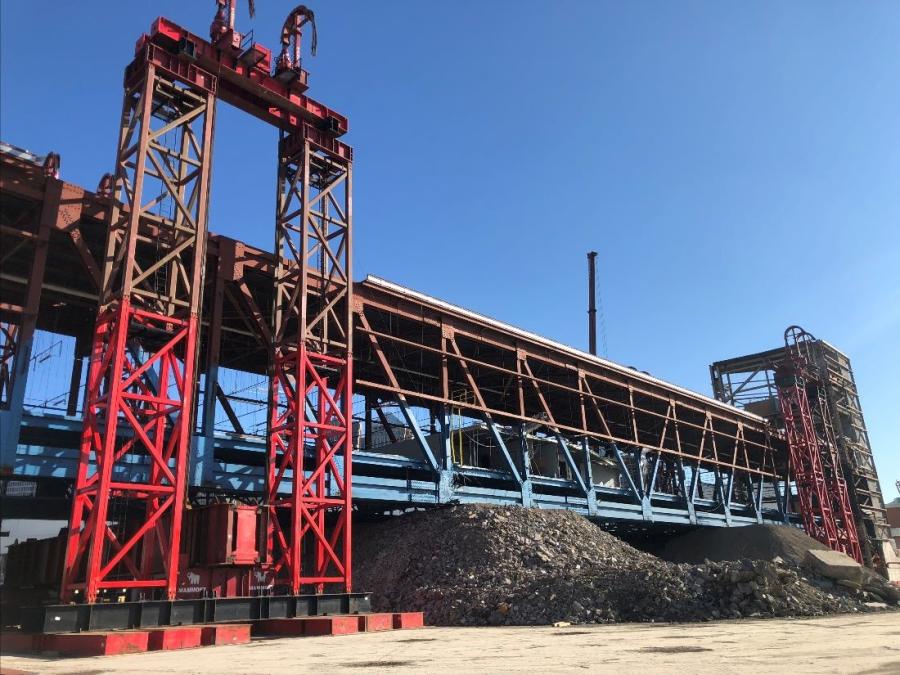