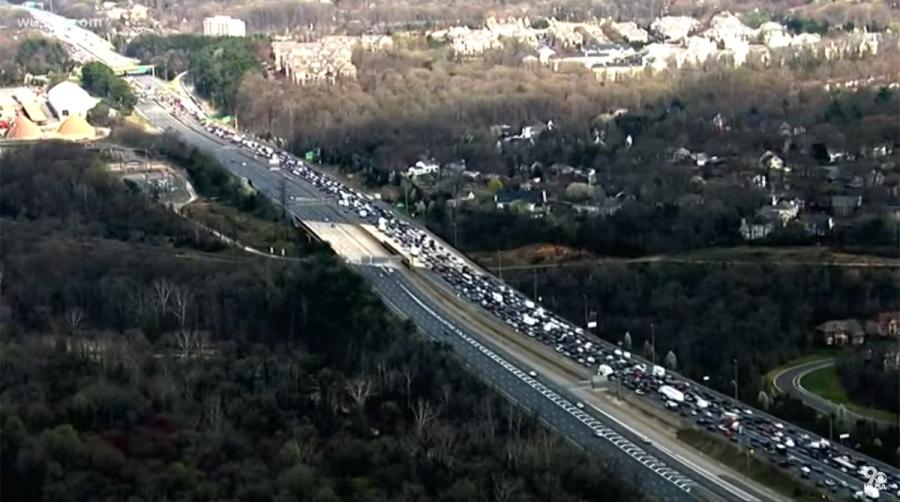 Specifically, the firms are vying for responsibility to oversee predevelopment work on the American Legion Bridge and Interstate 270.

The American Legion Bridge carries I-495, known as the Capital Beltway, over the Potomac River between Montgomery County, Md., and Fairfax County, Va.

I-270 is an auxiliary interstate linking I-495 in Montgomery County and I-70 in Frederick, Md.

MDOT's plans include constructing a new American Legion Bridge and developing options for reducing traffic congestion along I-270. The projects are part of MDOT's I-495 and I-270 Public-Private Partnership Program.

"We received three strong proposals from private investors that want to partner with us to provide new travel options and business opportunities for all Marylanders — bicyclists, pedestrians, buses, carpoolers and truckers," said MDOT Secretary Gregory Slater.

The submissions mark the end of a period of approximately six months in which transportation officials engaged in dialogue with the proposers. Each of the teams received an initial draft of the request for proposals in July. In sharing feedback, the RFP was refined as each team prepared its final proposal.

"This level of competition gives us the ability to choose the right partner who can collaborate with us and key stakeholders in the community to deliver the highest value and most innovative design ideas for improved travel options, reduced environmental impacts, new transit connections and direct bike and pedestrian access across a new American Legion Bridge," Slater explained.

MDOT will begin its review of the proposals as it prepares to select a partner. The agency, alongside the Maryland Transportation Authority, expects to announce its choice in February.

As MDOT determines its partner, it also is progressing with its I-495 and I-270 Managed Lanes Study. The agency is expected to announce a recommended preferred alternative in the coming months, and the study's final environmental impact statement is projected to be issued this fall. The study is meant to evaluate alternatives to addressing needs associated with long-term traffic growth, trip reliability and the movement of goods.

Reducing congestion, increasing economic development and improving safety are the tenets of MDOT's Traffic Relief Plan. While the largest initiative of the plan involves evaluating improvements along Interstates 495 and 270, other routes considered include I-95 and I-695 and state Route 295, also known as the Baltimore-Washington Parkway.